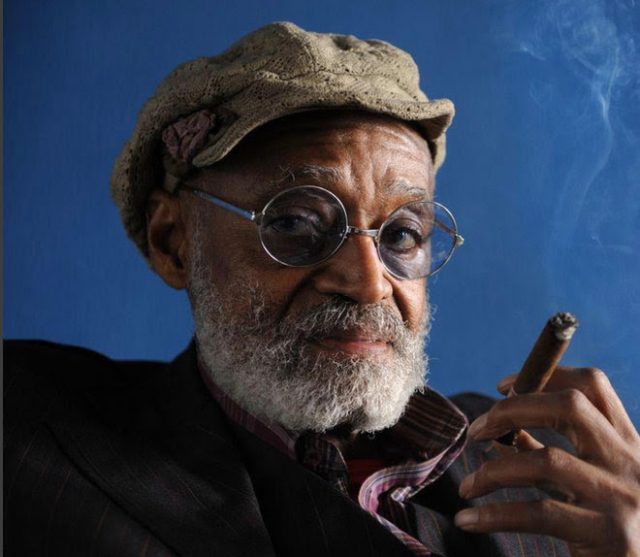 In The wake of Melvin Van Peebles Death

Recently, Los Angeles Based film producers Tanya and Philip Hart, along with Steven Gautier of Pop Films (Paris, France), have been working on a featured documentary entitled Sweet Black. The documentary celebrates the 50th anniversary of Peebles game-changing film Sweet Sweetback’s Baadassss Song, which debuted in 1971. Catherine Bernstein and Martine Delumeau also serve as writers and directors, and Jerome Colin is director of photography for the film.

On September 16th Tanya and Phil completed an interview at Peebles Manhattan apartment with his sons and grandchildren. On September 22 they would receive word of Peebles passing.

With permission from the Van Peebles family, Philip and Tanya Hart will enter into post-production for Sweet Black, which is set to air in March of 2022 on ARTE TV in France, Germany, and the EU. Soon after that, it will air in the US.

About Tanya and Philip Hart

The Harts are both included in The History Makers Digital Archives. In addition, they are co-producers of Sweet Black, a documentary film about Melvin Van Peebles, and the making of Sweet Sweetback’s Badass Song to air on ARTE TV in March 2022 in France, Germany, and the EU, and soon after that in the US.

Tanya Hart has a long relationship with PBS and BET, which began during her years on the air in the Boston television market.  Tanya Hart has won four Emmy Awards, a Peabody Award, and other recognition for her television, radio, and film content over the years. In addition, Philip Hart has been recognized with a Notable Non-Fiction Children’s Trade Book Award and other awards for his films, books, and urban development projects.

Together the Harts have numerous types of content available via distributors and online such as Ray Charles: The Music Lives On, and Tanya Hart Sings on Spotify and other streaming services.

Whether through films, books, music, or documentaries, the Harts spotlight African American achievements.  The Harts are recipients of the Diversity in Media Award from The Caucus for Producers, Writers & Directors and the 2019 Bessie Coleman Aerospace Legacy Award.