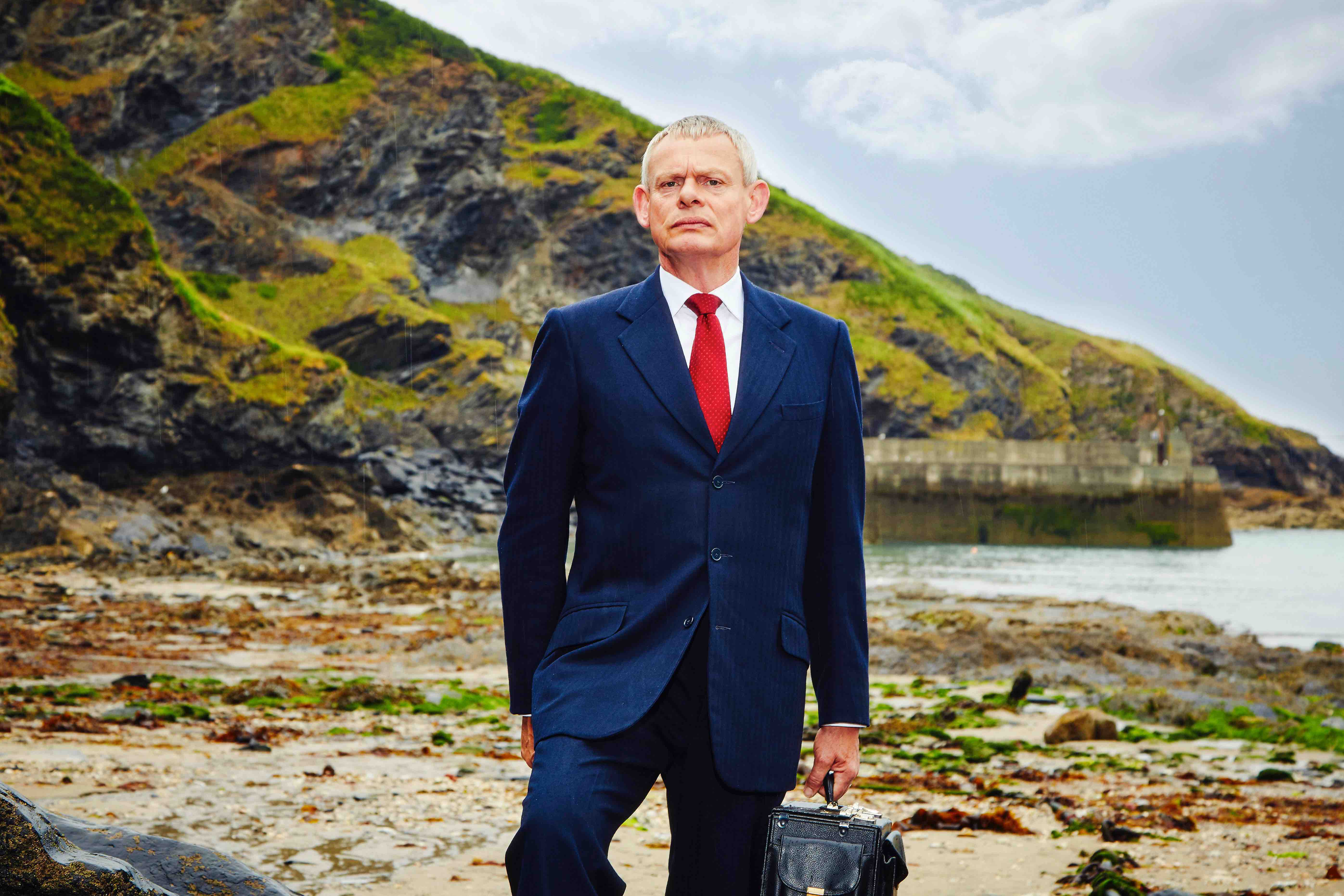 Watch From the Beginning!  DOC MARTIN Returns to Its First Season on KCET Leading Up to New Season in Early 2018

Burbank, Calif. –May 17, 2017 – KCET, the nation’s largest independent public television station, announced today that it will be airing DOC MARTIN from the very beginning in anticipation of the new eighth season coming in early 2018.

In January it was announced that the series was renewed for two more seasons, which will be the last two seasons of the fan-favorite series.  Viewers can relive the Doctor’s special brand of bedside manner from the very beginning when season one, episode one begins on KCET on Thurs., June 1 at 8 p.m. on KCET in Southern California.

Since the beginning, the series has delighted fans with the trials and tribulations of the brash Ellingham, once a celebrated London surgeon who winds up in the sleepy village of Portwenn, replacing their deceased local doctor.

But the new physician’s abrasive personality doesn’t exactly mesh with the pace of life in Cornwall, as viewers can witness now by watching from the very beginning.

The next new episodes of DOC MARTIN, one of Acorn TV’s and ITV’s most popular series, will premiere on KCET in 2018 seven seasons later, picking up with Martin and his wife Louisa confronting the challenges of married life together with their baby James Henry.

The series features Caroline Catz (“Murder in Suburbia”) as Louisa and Dame Eileen Atkins (“Upstairs, Downstairs,” “Cranford”) as the Doc’s formidable Aunt Ruth. There’s sure to be plenty of mystery, scheming and romance amongst the rest of Portwenn as well.  DOC MARTIN is syndicated to KCET by American Public Television.

DOC MARTIN will air every Thurs. at 8 p.m. on KCET in Southern California. The first episode of the series is the following: DOC MARTIN “Going Bodmin”

As Martin moves in and meets the locals, he realizes that adjusting to village life is not going to be smooth sailing. In his sharp suits and flashy car, he’s a fish out of water. His first patient is Sir Gilbert Spencer, a retired lieutenant colonel,

with an embarrassing problem – he’s grown breasts. Meanwhile, it’s Lifeboat Day in Portwenn, and the harbor is alive with stalls, fairground rides, a jazz band, and it turns out, humiliation. Martin ponders if he is cut out to be a village general physician.

On-air, online and in the community, KCET plays a vital role in the cultural and educational enrichment of Southern and Central California. KCET offers a wide range of award-winning local programming as well as the finest public television programs from around the world.

Throughout its 50-year history, KCET has won hundreds of major awards for its local and regional news and public affairs programming, its national drama and documentary productions, its quality educational family and children’s programs, its outreach and community services and its website, kcet.org.