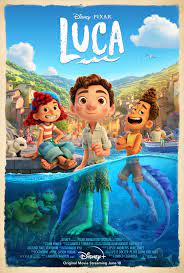 Los Angeles, CA (The Hollywood Times) 6/24/21 – This was a cute movie for the whole family to watch!

Bravo, Disney! This movie had some of my family members in tears due to the realism, messages, and characters included in this magnificent movie. It did a tremendous job demonstrating the ties that bind a family and friends together! The characters were   refreshing.with a good variety of quirks. It showed what it takes to be a good friend, how sometimes they can lead you a stray and how sometimes sacrifice is called for from both family and friends. Although, there is some mild language such as “stupid”, “jerk”, “idiot”; minor bullying, mild violence (falling), and some sad themes, the overall movie included strong messages about not judging people just because they look differently than you. Also, the graphics and summer aesthetic this show gives the audience is spectacular! 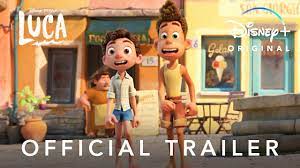 This heartfelt, gorgeously animated adventure is a short and sweet reminder of sun-filled summer days with new friends. The setting is so vivid that audiences will want to book a flight to the Italian Rivera for some amazing pasta, clear seas, and the charm of winding cobblestone streets, marble fountains, and quirky townsfolk. Tremblay is a wonderfully expressive voice performer, making Luca’s intellectual curiosity and general awe come to life. Grazer’s Alberto is a confident and impetuous counterbalance to Luca’s thoughtful and initially hesitant personality. Berman also impresses as Giulia, who really wants to win the race but is even more excited to make new friends. The supporting Italian cast is strong, as are Rudolph and Gaffigan, who at this point are almost default choices as funny parents. And audiences will laugh aloud at Baron Cohen’s brief but hilarious role as Luca’s uncle from the deep.

The boys turn into friends who are more like brothers, discovering both the joys and dangers of the human world, and their adventure is filled with memorable views under the sea. This isn’t a tearjerker, and that’s actually refreshing — not every Pixar film needs to be an emotionally cathartic affair. This one is tender, sweet, and also funny, with silly physical comedy and an amusingly suspicious cat (Giulia’s kitty looks just like her dad, right down to what looks like a mustache). It’s also lovely to see a single father who belies his oversized appearance by cooking delicious meals, teaching the boys the skills needed to fish, and supporting his daughter in her dream to compete in Porto Rosso’s big annual race. Families with kids of all ages will enjoy this adorable addition to Pixar’s excellent list of films.