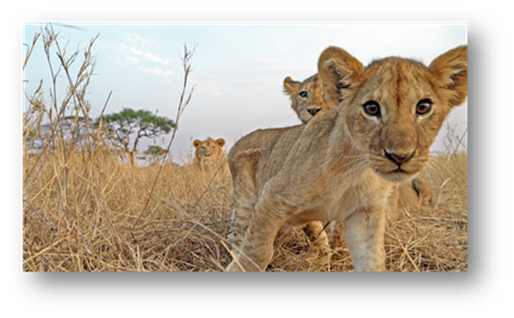 Pasadena, Calif. – Tuesday, February 12, 2019 – Discovery Channel is set to premiere SERENGETI, a new innovative six-part series by American Idol creator Simon Fuller and multi-award-winning wildlife film maker John Downer. It was announced today by Nancy Daniels, Chief Brand Officer, Discovery & Factual.  With unrivaled access to one of the most pristine and unspoiled corners of the African plains, this groundbreaking series follows the heartwarming stories of a cast of African wildlife over the course of a year that showcase the dramatic moments that make each day of survival on the Serengeti a feat.

“We are thrilled to be working with Simon Fuller and John Downer as we bring Discovery back to its roots of presenting one-of-a-kind television events showcasing the beautiful world we live in,” says Daniels.

“Of all the shows I have created or worked on, nothing compares to Serengeti,” says Fuller. “The heartfelt stories, the intensity of the drama and the depth of emotion, is something I have been genuinely moved by. The genius of John Downer capturing the most personal and extraordinary moments from these beautiful animals’ lives is truly awe inspiring. I am also proud to have Discovery and The BBC as the best possible partners for such an important television event.”

John Downer comments: “In this unique partnership with Simon and a shared vision, Serengeti was a chance to take the techniques and immersive viewpoint I’ve always pursued to the next level, to tell the greatest wildlife story of all – the dramatic and emotional relationships between the most charismatic animals on the planet.”

Fuller and Downer have worked together on Serengeti for several years; their team employed innovative filming techniques in some of Africa’s most treasured regions painting the ultimate portrait of survival in SERENGETI.  Set to the backdrop of original music, this television experience combines Africa’s unimaginable beauty with its equally unforgiving brutality, highlighting daily challenges of life on the Serengeti –  such as a lioness trying to provide for her small cubs after being exiled from her pride – and witness firsthand how the animal experience isn’t so different from our own.

This landmark series is created by Fuller and executive produced by EMMY® award winners John Downer and Fuller.  It is directed by John Downer. SERENGETI will debut in 2019.

SERENGETI is made by XIX Entertainment and John Downer Productions and was commissioned for BBC TV by Tom McDonald, Head of Commissioning, Natural History and Specialist Factual.

Discovery Channel is dedicated to creating the highest quality non-fiction content that informs and entertains its consumers about the world in all its wonder, diversity and amazement. The network, which is distributed to 88.3 million U.S. homes, can be seen in 224 countries and territories, offering a signature mix of compelling, high-end production values and vivid cinematography across genres including, science and technology, exploration, adventure, history and in-depth, behind-the-scenes glimpses at the peoples, places, and organizations that shape and share our world. For more information, please visit https://www.discovery.com/.

Discovery, Inc. (Nasdaq: DISCA, DISCB, DISCK) is a global leader in real life entertainment, serving a passionate audience of superfans around the world with content that inspires, informs and entertains. Discovery delivers over 8,000 hours of original programming each year and has category leadership across deeply loved content genres around the world. Available in 220 countries and territories and nearly 50 languages, Discovery is a platform innovator, reaching viewers on all screens, including TV Everywhere products such as the GO portfolio of apps; direct-to-consumer streaming services such as Eurosport Player and MotorTrend OnDemand; digital-first and social content from Group Nine Media and a strategic alliance with PGA TOUR to create the international home of golf. Discovery’s portfolio of premium brands includes Discovery Channel, HGTV, Food Network, TLC, Investigation Discovery, Travel Channel, MotorTrend, Animal Planet, and Science Channel, as well as OWN: Oprah Winfrey Network in the U.S., Discovery Kids in Latin America, and Eurosport, the leading provider of locally relevant, premium sports and Home of the Olympic Games across Europe. For more information, please visit https://corporate.discovery.com/ and follow @DiscoveryIncTV across social platforms.

John Downer Productions made its name by abandoning the traditional style of nature documentary and pioneering a new subjective approach. By developing and deploying new filming techniques it immerses the audience into the emotional lives of animals in ways that have never been seen before. It has won numerous international awards for this innovative approach to wildlife filmmaking. Recent acclaimed productions include Earthflight and Spy in the Wild.