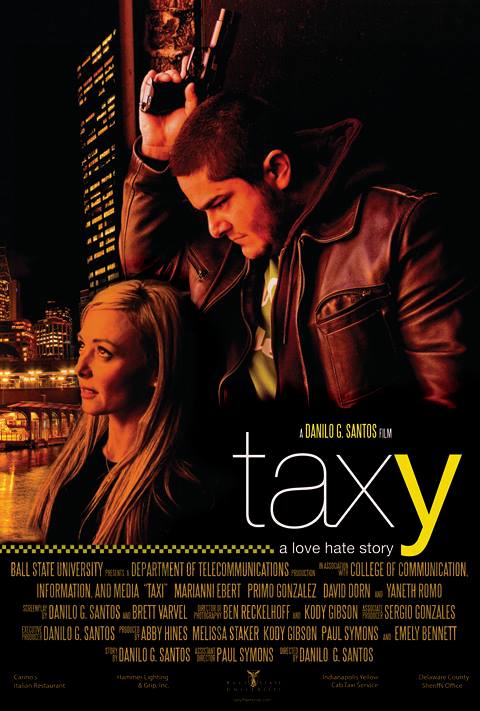 Los Angeles, California (The Hollywood Times) 6/16/2021- Danilo G. Santos first short film “TAXY” has won in 4 film Festival around the United States and was official selection in 11 festivals. He produced “VALE TODO” a MMA film with Royce Gracie. This film was distributed by Netflix, Target, Walmart, HBO Latino and Hulu. (It was on the Hulu List as one of the must watch Spanish films in 2009).

What do you enjoy the most about filmmaking?

First, I love to tell stories that make people laugh, cry, get scared, etc. It brings me great joy to transmit a story that can provoke an audience to experience different emotions. Second, I love to work with people. Working with a crew, and working towards the same goal brings adrenaline that can only be felt when you know you are working with other people that love the same thing that you do.

Tell us about your favorite projects.

I believe Taxy was my favorite project. It was a challenge however, it was also an opportunity to see what I was capable of creating. I wrote, directed, and produced the project. Beside my short film TAXY, I believe working in commercial and music videos where my clients give me full creative control were my next favorite projects.” Angelino’s CrossFit” was one of my favorite projects where the owner told me do what you know best. Through the creation of this 60 second ad, I realized that I was also capable of telling a story in a short period of time. 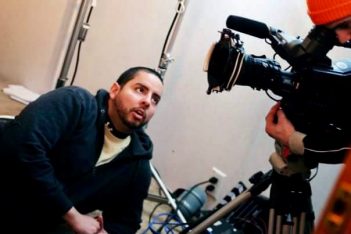 Your short film, TAXY” has won in 4 film Festivals around the United States and was an official selection in 11 festivals. Tell us about your film.

Taxy was my first short film. It was produced in Indiana in about two years of work (I know it took a long time.) Between college classes, work and other activities, I was able to write, direct and produce this short film. It was the first short film directed and produced by a Latino student (at Ball State University) with a Latino cast in Indiana. Taxy is about a Latino cab driver (Primo Gonzalez) that goes to work at night and meets this desperate trophy wife (Marianne Ebert) that just found out that her husband is having an affair. Both share a night of fun and confessions with a twist at the end. 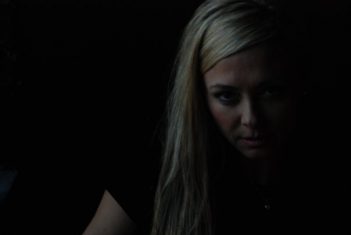 Did you face any challenges when filming?

Yes, so many. First, I wanted to make it look professional as possible with the low budget I had. However, I had great resources and an amazing crew. I used these resources and harnessed all the creative potential from my crew. Second, we filmed during winter time in Indiana. It was crazy cold. We have a scene that had to be filmed outside, I believe it was about 15 degrees Fahrenheit. It was so cold that our camera stopped working. We had to wrap the camera to create some heat and wait about 20 min, so the camera can start working again. Another challenge was filming the car scene in downtown Indianapolis without a permit. Couple hours before, one of my producers went to the Indianapolis Downtown Police station and convinced the Captain on duty to let us film. He was great and let us filmed with some police custody. I believe that filming in other states other than Los Angeles is a big advantage in getting permits on a low budget. Despite these challenges I am grateful that I was able to complete the film. 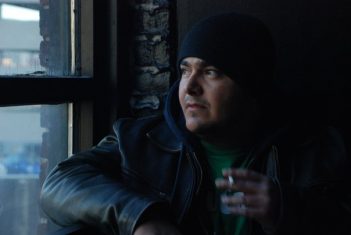 What is this film resonating with the audience?

This short film was more than a thriller. It highlights the immigration situation that is happening in this country, and how immigrants are trying to survive without government help. This film can also resonate with audiences going through hardships in their relationships.

Who are you as a filmmaker?

As a filmmaker, I’m a storyteller and entertainer. I create projects where the people want to watch over and over again because they find connection with the story that I have to present to them. Most importantly as a filmmaker I help give voice to people issues, challenges, and stories that need to be told and sometimes are not heard.

You produced “VALE TODO” an MMA film with Royce Gracie. What led you to this project?

I produced this project a couple years ago. I contacted the director of the movie, Roberto Estrella, after finding his article online. We connected and chatted about his project and how much I liked it. He was going through some issues with the production of his movie and I gave him some advice on how to fix it. Next, he hired me to finish the production of VALE TODO. Until these days we remain good friends.

What can we expect from the film?

VALE TODO is an independent action film with a story of overcoming life obstacles in a difficult world.

Share your upcoming goals/projects for 2021.I’m producing the movie “CATRINA” written and directed by Fernando Gaviria. It is a horror/fantasy film about Las Catrinas from “Day of The Dead.” Also, I’m pre-producing VALE TODO 2, where we already have a couple offers from video streaming services. Our contract with our distribution company from VALE TODO ended, so we want to sell VALE TODO 1 and 2 as a package.