Los Angeles, CA (The Hollywood Times) 2/21/20- “Sometimes the living must help the dead. In funeral homes throughout the United States and the UK, there are untold numbers of unidentified and unclaimed remains, 20% of these are Military Veterans. They rest above copiers, on shelves, in lockers, and even in utility closets, unnamed and forgotten. Men, Women, Children and War Veterans. How is it that we know nothing about thousands of unclaimed remains? Two Vietnam veterans try to piece together what happened to private “Donald Sutton” ( U.S. Air Force Veteran, Dan Kroeper) a Korean War Veteran whose remains sat on a shelf of a funeral home for over 40 years. Who was he? Why was he forgotten? How did he die? Produced in Association With “Vietnam Veterans NJ Shore Area Chapter 12” and the “Missing in America Project”.”- Tom Phillips

Tom Phillips and Unclaimed Remains just received their 68 award. This is an incredible film. I hope everyone sees it. They are working on a distribution deal in the UK. – Jules Lavallee (THT) 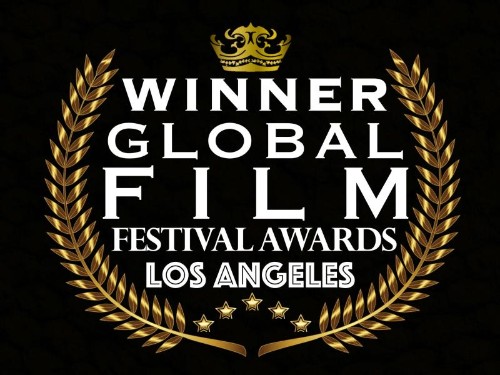 When did your love for cinema begin?

Tom Phillips: At a very early age. I always loved movies especially those that had great stories and were shot really, really well. One film that made a very big early impression on me was Mario Bava’s “Black Sunday”, also a favorite of Tim Burton. Beautifully shot in every way.

How did your work with The History Channel, Discovery, and National Geographic set the stage for your filmmaking?

Tom Phillips: I don’t really consider myself a Filmmaker, I’m just a television producer who also happens to direct and shoot. I spend most of my time in the field with the talent in the middle of whatever the action was. It was always my job to bring back the goods. Sometimes you had a top notch four man crew as I did with “Moonshiners”, other times you were alone. I learned how to make the most of whatever I had, which sometimes is actually kinda fun.

What did you learn when writing, directing, and producing from these TV shows?

Tom Phillips: The value of a strong “Story Arch”, how to tell the story, lay it out so that the audience can follow it.

Tom Phillips: The hit series “MonsterQuest” for the History Channel. I worked on 43 show’s mostly in the field, directing reenactments, lighting, shooting, and coming up with engaging footage and locations that told the story. That was a lot of fun. My Executive Producer’s “Dale Bosch” and later “Russ McCaroll” taught me alot. Great guys.

Tell us about your award-winning film, “Unclaimed Remains,” which includes 67 IMDb Wins and 23 other festival awards. 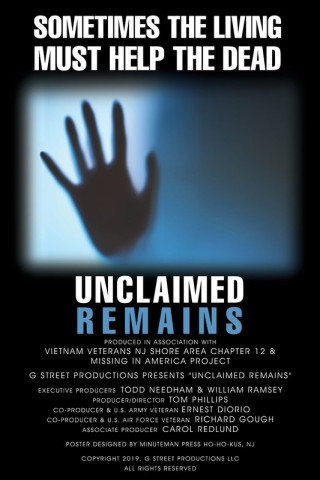 Tom Phillips: While doing volunteer work for the “New Jersey Veterans’ Memorial” I met two Vietnam Veterans “Richard Gough” and Ernie Diorio”who were part of the “Missing in America Project.” When they told me that veterans cremated, human remains from as far back as the “American Civil War” had been left forgotten in funeral homes all over the USA, I couldn’t believe it. My Dad served, so that really bothered me. I realized that maybe I was here for a reason. My hope, our hope is to raise public awareness of what is happening not only in this country but all over the world and it’s not just Vets. They make up only about 20%. They also find children, even baby’s? What’s wrong with this picture?

What is special about “Unclaimed Remains?”

Tom Phillips: Private Donald Sutton, a man who served his country. Telling his story. Donald volunteered and served as a U.S. Army Private in the Korean War. He was stationed at the 38th parallel, near the end of the war and came under fire. God only knows what he saw. In 1978, he left his home in Highlands, New Jersey during a snowstorm. Little did he know that the storm would end up killing 27 people on the East Coast. Donald never made it back home. His sister “Audrey” who just recently passed, a great woman, narrates his story. It is so rare to have an eyewitness account. His cremated remains sat in a funeral home for 40 years before being “rediscovered “by the Veterans and given proper military service. You can’t make this stuff up.

Did you face any challenges when filming?

Tom Phillips: Well, I had no real budget? No real backing when we started. So it was sometimes just me doing everything. I missed having a full experienced crew and an Executive Producer watching over me making sure that everything was the way it should be.

What will people notice first about working with you?

Tom Phillips: That I work hard but have a very strange sense of humor, so I’m told. They called me “Bonkers” in the UK. A lot of folks in television do take themselves “very seriously”. I only take my work seriously. When I go to some of the festivals, you see some folks “dressed up as Directors,” I get a kick out of that.

What surprised you the most when filming, “Unclaimed Remains?”

Tom Phillips: How willing people were to help us once they understood what we were trying to do? In television every location you shoot at needs a “location release”. The Sutton family, the Town and Police Department of Highlands, the local VFW, American Legion, the residents and Monmouth County Parks all stepped up to the plate and gave us whatever we needed. Without all of them, Donald’s story could not have been told.

Tom Phillips: We’re talking to a potential distributor and a production company in the UK in the hopes of launching a new television series based on this pilot. We humans don’t really agree on much. We do however agree on “burying our dead and giving closure to the living”. This is our goal for the series. No baby, child, man, woman or veteran, should be left behind. 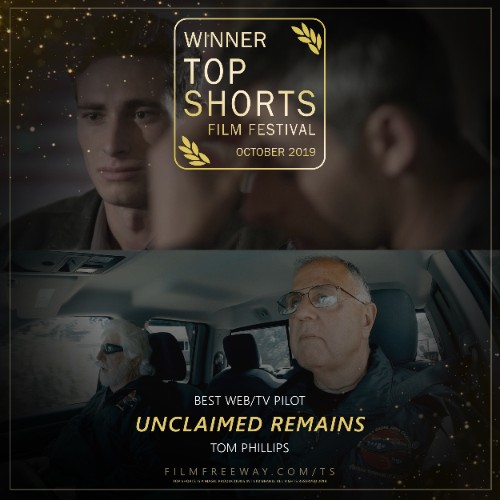