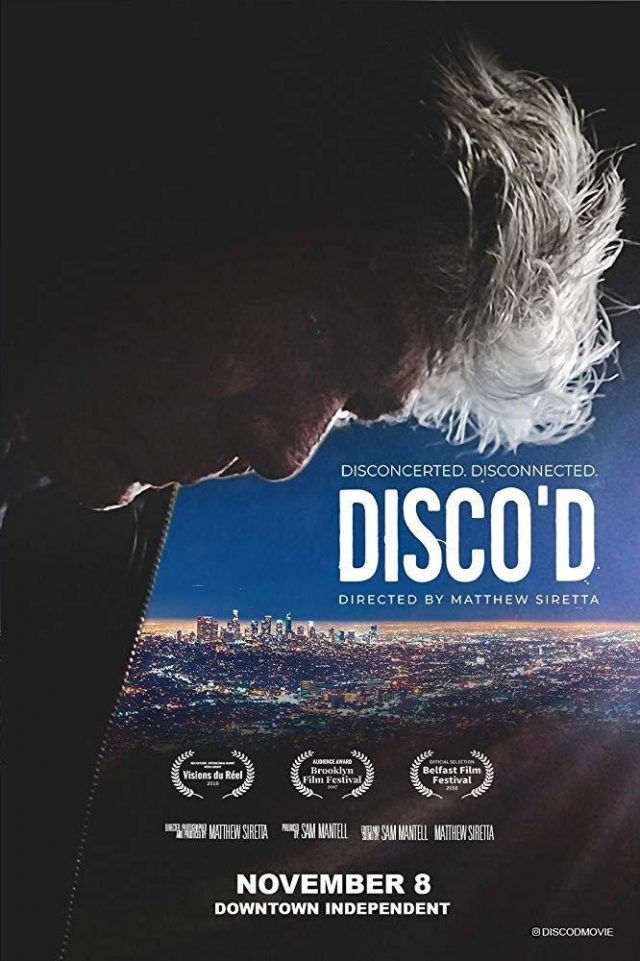 Los Angeles, CA (The Hollywood Times) 11/09/19 –DISCO’D is a powerful documentary about the homeless in Los Angeles. It opens on November 8th. It is a first-time feature by director, Matthew Siretta and his producing partner, Sam Mantell. Siretta and Mantell, live in Los Angeles and spent three years making the film about our homeless crisis. Their encounters with their many subjects, led them beyond Skid Row and ot the streets of Hollywood, where they met Julie, a middle-aged female poet, and others.

Matthew Siretta: My background is in TV/Film production. I studied film at SUNY Purchase in NY. I started making short films as a kid and I got more serious in college. Now, I’ve completed my first feature documentary.

When did you discover your love for film?

Matthew Siretta: Pretty early on. My parents had a lot of movies growing up and they hated video games, so I spend a lot of time watching movies.

What motivated you to create the documentary about LA’s homeless?

Matthew Siretta: When I met my producing partner Sam Mantell. We both wanted to get going on something right away, without needing backing to get started, and it just kept coming up in conversation.

Matthew Siretta: It’s a series of connected portraits of people living on the street. It’s a moment-to-moment narrative which focuses on human behavior within the frame of homelessness in LA.

Did you learn anything about yourself when interacting with the people?

Matthew Siretta: Yes, how quickly a person’s life can become so vulnerable, and that’s something important to always keep in mind.

What was your point of view on homelessness going in to film DISCO’D and what was it coming out?

Matthew Siretta: I was far less emotionally attached to it. I looked at it more like this separate thing. Now I feel like it’s part of my life, everyone’s life, it’s a part of society now.

What surprised you during filming?

Matthew Siretta: How relatable some of the people were.

What would like people to take a way from DISCO’D.

Matthew Siretta: That it’s a meaningful film with interesting insights around the subject matter because of the interconnection between people and narrative.

Matthew Siretta: I appreciate this interview and your interest in the film. If you want to come check it out, it’s playing in LA Nov. 8th-14th at the Downtown Independent theater.