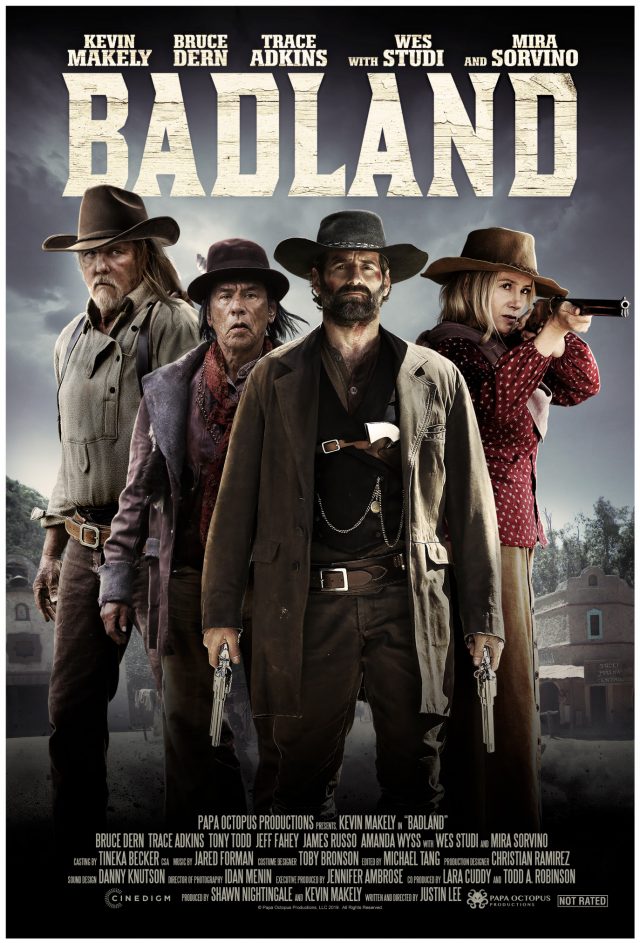 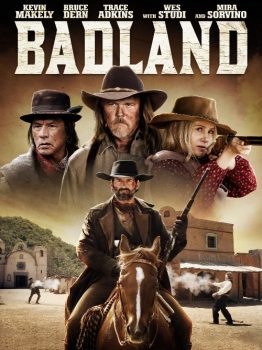 Justin Lee: I was raised in a small town in Washington State. My mother worked two jobs pretty much everyday-all day so, I was with my grandparents most of the time. I was always VERY close to them…both sides. I think it was through them that I became such a cinephile. I would watch westerns with my grandpa and then on my dad’s side, my grandmother and my aunt Jenny would have me watching scary movies like Nightmare On Elm Street or Disney stuff like Pete’s Dragon. I got a broad stroke at all genres at a young age. Homelife was very tough with a terrible father and an even worse step-father. So, I found my escape in arcades, the movie theaters, and VHS tapes.

Justin Lee: I’m not sure I had a ‘break.’ I moved to LA with the outlook that this was an impossible business and if you do manage to break in, whatever and by however means that might be, that you are in a very small percentage of people. Too many individuals move here or are raised wanting to be a star and don’t set their sights on just being a working director or actor or whatever that passion is. It is a rather entitled society. So when I first came here, I worked hard and I sent out over 400 individual LinkedIn messages looking for a few bucks to make my first film. Before I did that, I learned what was selling and what was doing good domestically in terms of genres. I settled on doing a western and to try and make it look BIG. So, I wouldn’t say there was a break. Just a lot of hard work.

What do you enjoy most about filmmaking?

Justin Lee: The process. Visualizing shots in your brain and linking them up through words on a page. Being on a set and watching what you visualized come to life through performance and design. It is all a really spectacular thing. When you’re finished, to sit back and see that work in its entirety, it’s a magical thing and it makes all the pain, problems and heartache worth it.

How important is a location for your films?

Justin Lee: It is one of the most important things. I write a lot of my scripts based on locations that I have been to or know of. Thanks to a lot of road trips and my grandpa made me know my way around all the back roads of the west coast. When I shoot in Los Angeles, I feel boxed in. You just can’t emulate a reel location like a historical western town or a small seaside village or the lush dense forests of the Pacific Northwest. I urge any filmmaker to shoot at least one film on-location using all-natural light. It is an amazing experience.

Who has inspired you on your journey?

Justin Lee: My grandparents…especially my grandfather. He passed last December. But I got to read him the original script for Badland in the hospital and he enjoyed that. The other individual who has inspired me and been so great to watch has been Joe Carnahan. He’s certainly one of my favorite filmmakers of all time.

Tell us about BADLAND. Where did your inspiration come from?

Justin Lee: I had just walked out of the film Hostiles and I was so amazed at how great it was. It made me think about how many revisionist westerns we have had over the years. But then the opposite effect took hold. I kept thinking about how many westerns I had watched with my grandpa and how they just don’t make them that way anymore. That inspired me to write something as a throwback to those types of movies but not make something “corny” in a way. Something with heavy drama but still maintaining those old traditions and tropes of the 60s and 70s. I think we certainly accomplished that in the film.

Justin Lee: BADLAND is the story of a Pinkerton detective who has been sent west to find several men who committed atrocious acts during the Civil War which occurred several years before.

Did you face any challenges while filming?

Justin Lee: We had a fairly tame shoot. Rattlesnakes, bees and at one point a manhunt held up production for a day. A helicopter buzzed over us for several hours looking for a fugitive. But that was about it. We had a producer from another film try and get on our set one day to try and talk to an actor which was annoying and super unethical. But those weren’t really challenges, just annoyances. It made it a bit harder to try and get the film done in the allotted time but we pulled through.

Was there a defining moment while filming?

Justin Lee: For me, it was getting to work with Bruce Dern, James Russo, and Jeff Fahey. Bruce had some great compliments that gave me a lot of confidence as a director and he is a staple in the genre. James arrived and I had been such a big fan as well as my grandfather. He loved him in Open Range and Broken Trail. He is so recognizable and solid in his performances. When Jeff showed up and slid into character, it was one of those moments where even the grips stopped to watch him work. Truly a defining moment in my career to get to work with talent like that. It pushes the bar up as a director and makes you want to achieve for that every time.

You have big stars in this film. Did you set your sights on these Actors from the beginning?

Justin Lee: I wanted Wes Studi from the beginning. We had been talking for a while trying to find something to do together. It clicked. We were always trying to get Trace as well and what a joy it was to work with him. He had only a tiny part but I so badly want to do more with him. I think he has an amazing leading performance in him in the future. I always had Amanda Wyss in mind as I have worked with her before and I wanted to reunite Amanda and Jeff Fahey together again. They were both in the western Silverado in the 80s. One of the first individuals I had mentioned for this was James Russo and it was a bit of a fight to get him. I am learning that when you want something in your film and you can see it as clear as day, you HAVE to fight for it.

What is your hope for the film?

Justin Lee: I just want the film to get out there and do well. I hope people see it for what it is and have fun watching it. I think it’s a fun ride with some great performances.

Justin Lee: I have partnered with some fabulous people on a pretty large slate of films. We went into production this past Summer and are steadily working for the next few years on multiple films. I recently wrapped an action-comedy that will bring a new face to the table in Ed Morrone. He is fantastic in it! Billy Zane, Danny Trejo, Randy Couture, and Doctor Drew Pinsky also have some great roles. It was a blast to make. Super fun to get to play with comedy for once! I think focusing on finding a solid, trustworthy group of people to collaborate with was something I needed to find for quite some time and it has been great to slowly start to build that.