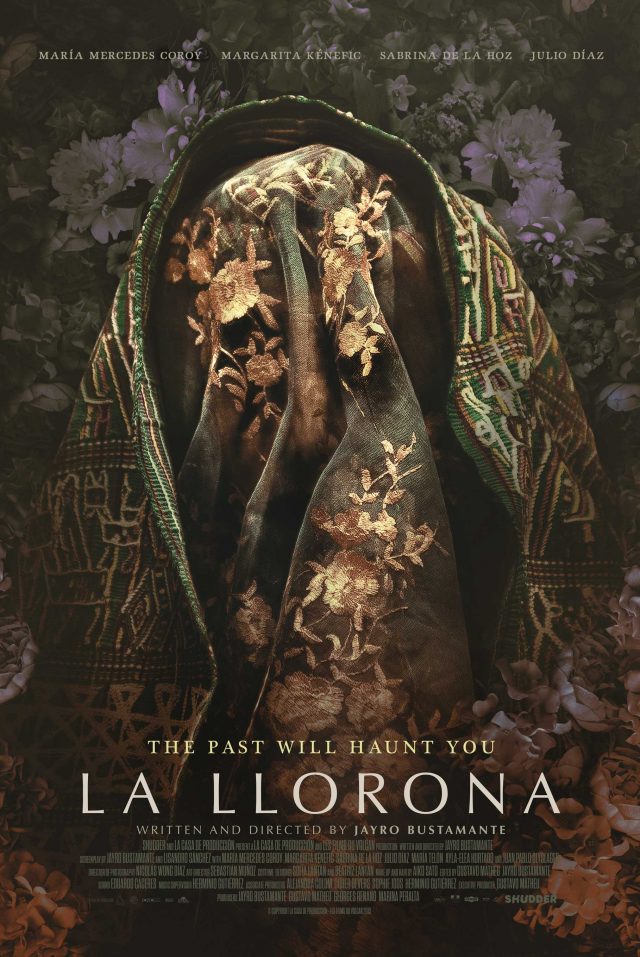 Los Angeles, California (The Hollywood Times) 3/4/2021 – Jayro Bustamante’s Golden Globe-nominated film LA LLORONA will make its U.S. theatrical premiere this Friday, March 5 as part of the programming at the IFC Center, which is reopening following one year of closures of New York City movie theaters. This is the first U.S. theatrical screening of the film since the 2020 Sundance Film Festival. LA LLORONA is Guatemala’s Official Oscar® entry for Best International Feature Film and is one of fifteen films to reach the shortlist. Through a modern retelling of the classic Latin American legend, LA LLORONA blends together the terror of both myth and reality into a devastating expose of the genocidal atrocities against the Mayan community in Guatemala. Nobel Prize winner Rigoberta Menchú Tum, a survivor of these atrocities, appears in a cameo in the film and has served as a spokesperson, cementing LA LLORONA‘s place amongst contemporary genre films such as PARASITE, GET OUT, and THE BABADOOK which reckon with societal and psychological traumas. We spoke to Director Jayro Bustamante about his film.

When did your passion for film begin?

It started with my mother’s family – a family of storytellers. They own a coffee plantation and I spent all my holidays at that coffee plantation. Each night after work, all the people from the plantation gathered around the fire to share stories – everyone always wanting to have the best story. I spent my entire days preparing to tell my stories at the fire. Initially, I wanted to pursue literature but I found I had a lot of problems with the fact that people would be imagining different images with my words. Through that, I discovered movies and decided to use that medium as my language.

Your film, TREMORS, has its world premiere at the Berlinale 2019. Tell us about the film.

With my three films, I wanted to tell stories about the three insults that I find offensive and which separate my society. In TREMORS, I was confronting the insult of “Hueco” which translates in English to “hole.” People use this insult to attack homosexual men. In Guatemala, people think that homosexuality is a sign of being more feminine and that by being more feminine, there is a loss of power. So, in a way, that insult is not just to insult gay men but to insult the whole female community. It was this point that I wanted to talk about.

After making this decision, I started to look for the story. In this search, I discovered a man who told me how his family and his church pushed him to cover his truth and continue living with a wife, using her as cover. Again, I find this to be a misogynistic way to live so I decided to look for more guys living like this. I found 24 men with this alliance. It was funny because all of these men asked me to keep their identities a secret, however, I was only able to find them because people in their communities had told me that they were living like this. It was a secret that society was pressuring them to keep, even though everyone in their society already knew. To me, TREMORS is more about this than the love between two men. 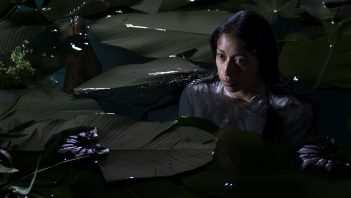 Working with the actors. I have not had the opportunity to work with “professional” actors. I use that word cautiously because once they were working as an actor in my film, they are professionals, but I never worked with anyone who had a career in acting before working in my films. In casting an actor, I am always looking for raw talent and after that, I can form the actor. The relationship that I build with them is so strong because in a way, I am teaching them how to be an actor and they are teaching me how to be a director. I think that this is the perfect moment for me. In my career, I am trying to tell stories but I am telling stories with the script and technical aspects of the work. But with the actors, we are just being humans.

Tell us about the inspiration for LA LLORONA.

Going back to shaping my films around insults, the first insult in Guatemala is “communists.” In the 50s, communists were the enemy of the state. After this period, communists, even if they weren’t real communists, continued to be the enemy of the state but not in a political way. Now, “communists” are the people who defend human rights, social rights, women’s rights, indigenous rights, etc. All the things that I personally consider important for humanity. In my country, this deserves an insult and that insult is “communist.” I wanted to talk about that truth and I started thinking about the fact that in my country the desire to defend others deserves an insult. Knowing this, I can understand that we lived through genocide. 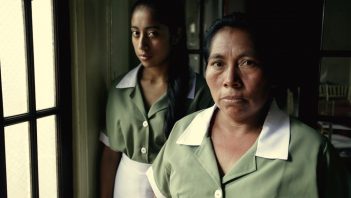 Through this line of thought, I came to the idea of the war. An important moment that made me decide to tell this particular story was when, after 12 years of making a case against the last dictator in my country, the court’s decision that he was responsible for genocide was overturned in only 10 days. All the power – economic, church, military – in my country pushed the judge to break his decision. They never said there wasn’t a genocide, never said anything about the reality. They said it was a technical problem in the judge’s process. This was so incredible to me that I decided to do something. I decided to tell this story to share this message in a more digestible way to the local audience.

La Llorona provided a nice character to share this story with the local community. In a way, it’s coming back to how fairy tales are ways to tell difficult messages. I was using the figure of La Llorona to hide the real message.

Your new film, LA LLORONA, is the first Golden Globe nomination for a film from Central America. What does that moment mean for you?

It is more than important. It is historic. One of my goals, personal and professional, is to help my society build icons from culture and the arts. Now, all we have are political icons and they are not models. We do not want to emulate the political figures in Guatemala. It is very important to create these new icons from other areas, like the arts. And today, I think that I, my team, and my actors are becoming these icons. These icons have a voice and they can fight against injustice so, to me, that is very important. We’ve opened the door and we can hope that after us, there are a lot of other filmmakers and films that can come in and have this platform too.