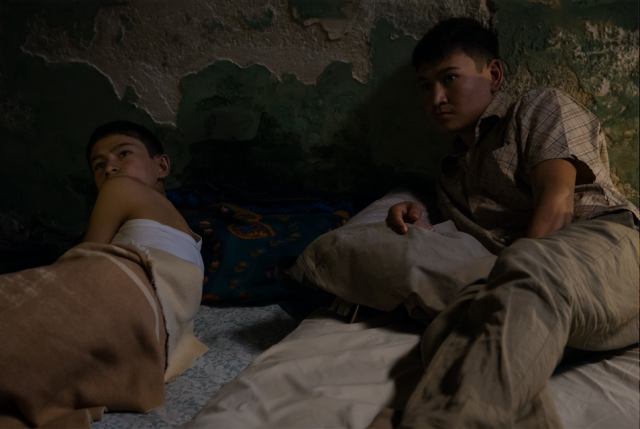 Los Angeles, California (The Hollywood Times) 2/09/2021 –  Three years after a bomb destroyed their home and killed their parents, and a perilous journey that brought them to the gates of Europe, 10-year-old Ali and his 18-year-old brother Mohammed are forced to separate. This moving short film which is based on the real-life story of Alí Ehsani and his Autobiography Stanotte Guardiamo le Stelle has won 21 Awards and has been selected for more than 50 film festivals around the world, including Oscar-qualifying Chicago International Children Film Festival and Uppsala International Short Film Festival. It was a finalist at the David di Donatello 2020 (the Italian Oscars).

Tell us about your new film, Baradar (Brother). Why were you compelled to tell this story of two brothers who are forced to separate?

Baradar is based on the autobiography of Alì Ehsani, “Stanotte Guardiamo le Stelle” (We look at the stars tonight), written by a dear friend of mine, Francesco Casolo and Alì himself. The book is about the long and perilous journey of two brothers, Ali and Mohammed, from Kabul, after a bomb destroyed their home and killed their parents, to Turkey, at the gates of Europe. It took them 3 long years and in between, they experienced horrible moments, including a detention camp. Then Mohammed, the older brother, decided to cross the sea on a dinghy to reach Greece and to do it by himself because it was too dangerous. His goal was to reach Greece, make money and find a way to bring his brother along. But he died in the crossing and Alì was left alone in Istanbul. The book goes on to portrait the rest of Ali’s journey until he finally made it to Europe. It’s an incredible story! I firmly believe in the strength and humanity of people, and this is what I would like to tell in all my projects. When I read the book by Francesco Casolo and Alì, I had no doubts: this was the story I had been waiting for for a long time and which had the urgency to be told – a true, powerful, and above all universal story. Ali has gone through so much and has shown such extraordinary strength and resilience, that I can’t even imagine myself in that situation. Perhaps children have an instinct to survive, adapt and go through changes – something that once you grow up you tend to forget. Or perhaps those born in the midst of war see life in a way unknown to us… Ali’s life is also the proof that dreams can indeed come true, no matter what the starting point is. 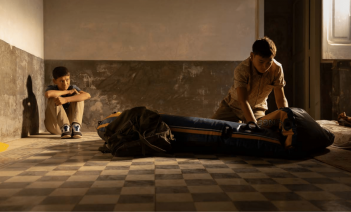 The film is shot in Dari language and co-leads two real-life brothers and non-professional actors. How important was it to you to be authentic?

It was super important, in fact, it was a pivotal element in the telling of the story of Ali and Mohammed. I knew right from the start that I wanted to try and stay as true as possible to the real emotional rollercoaster that Alì Ehsani had gone through, on his long journey from Afghanistan to Italy. What I found super powerful was the bond between him and Mohammed, so strong that it helped Alì embark on a perilous journey when he was only 10 years old to get on Italian soil and fulfill the dream he had together with his late brother. And in order to portray this in full force, I wanted two kids who could relate to the two real protagonists. So I started getting in touch with various ONG’s working with Afghan refugees in Italy and finally got to meet the wonderful Nawid and Danosh Sharifi, who weren’t just Afghan, they were brothers, of approximately the same age as Ali and Mohammed at the time of the events of “Baradar”, spoke the same Dari language, and had come to Italy in a very ‘adventurous’ way, let’s say, to reunite with their older brother after their parents had died, sadly.

The biggest challenge was in fact also the biggest satisfaction, that is directing two non-professional actors who had just come to Italy and didn’t speak any of the languages, let alone having been on a set! It wasn’t just a language barrier, but also a cultural barrier that we had to overcome in the beginning. Fortunately, the presence of Alì himself on set, helped a lot in conveying to Nawid and Danosh what I was looking for. And in truth, they were really amazing at it. Going back to the sense of authenticity that I was speaking about earlier, I think they added a layer of truth to it all, way beyond our expectations: in the way, they look at each other, or tease each other, or cook together. They were an essential ingredient to the ‘glue’ that brought Ali’s real story on screen, for sure. 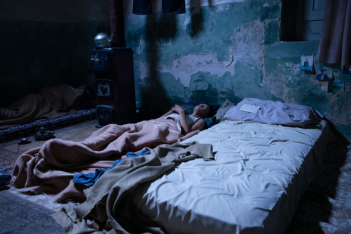 How is this film a catalyst for you?

It is a catalyst in the sense that first of all, in my opinion, a short film needs to focus on a limited segment of events, and Alì’s perilous journey was too broad and complex to be explored in such a limited timeframe. And then, more importantly, I wanted to focus on the last days of their life together and show the strength and beauty of their relationship which, to me, is the root from which Alì – now alone in the world – manages ‘to remember how to fly’. Those moments represent an opportunity to talk about many things: their habits, their intimacy, their bond, and their parents. Last but not least, how important it is to remain faithful to your memories in order to always know where you come from and understand where to go. I always thought that the film should end on the face of Alì, all alone, to try to evoke that sense of absolute solitude that the child was experiencing, and to make everyone understand the strength he had to find to go on. In my opinion, reading on screen what he then became, immediately after that close-up, makes his drama and the sacrifice of his brother even stronger.

Finally, it is a catalyst because I wanted the audience to take away from this film a sense of hope and courage. I would like people to understand the hope that animated Mohammed and Ali during their long journey. We deliberately kept away from any political or ideological judgment to portray the pure facts, knowing that sincerity would allow us to get through to everyone, by addressing the very essence of our humanity. Of course, I would love for this film to make an impact, a difference in how the refugees are perceived and treated, once they reach our shores. It would be a great achievement for me and such an honor. The refugee crisis is more often than not perceived as something distant from us, pertaining to people that are not like us, that we don’t have anything to do with. Almost as if they’re from a different planet. This is why I found the story of Alì so poignant and strong: because if you take out the ‘refugee’ element from the equation, Alì and Mohammed are just two brothers supporting each other. Playing in the streets, cooking together, laughing together. Yet, they’re living a unique situation, not so common to Western kids their age. They’re far away from their home, they’ve lost both their parents in a bomb attack, they’ve traveled throughout the Middle East on a very perilous journey to reach Istanbul, Turkey in the hope of getting across the Mediterranean and reach Europe. Each one of them doesn’t want to lose the other, although they know that parting ways are their only chance to survive. And they’re just teens!