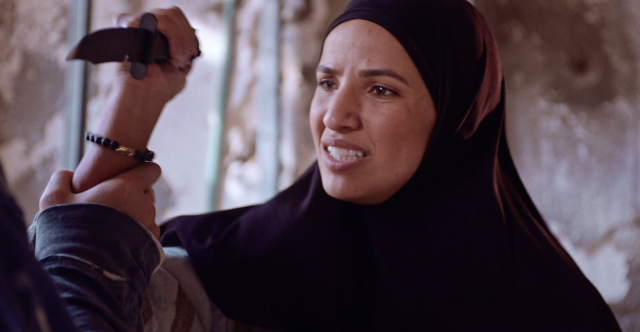 Los Angeles, California (The Hollywood Times) 1/27/2021 – Adva Reichman is an Israeli writer-director based in Los Angeles. Her film ‘Something to Live For’, was filmed in Israel and explores a different side of the Israeli-Palestinian conflict. Adva also co-wrote ‘Samir’, a current adaption to the Count of Monte Cristo, financed by Warner Bros. The film revolves around a Middle Eastern man framed for terror and sent to Guantanamo.

Tell us about your film, “Something to Live For.” What do you strive for as a Director?

‘Something to Live For’ tells the story of a pregnant Palestinian woman whose husband died in an Israeli prison. With the help of Hamas, she plans a terror attack in Israel to avenge his death.  The premature birth of her baby makes her reconsider, but will Hamas let her off the hook?

The film was shot in Israel with an Israeli and Arab cast and crew because we had something to say about the world we live in. I wanted to put a strong woman in the lead and face her with an unimaginable decision, that revolves around the Israeli-Palestinian conflict. Through her experiences, choices, and growth, we learn about the complexity of the situation. While in the beginning, she states her reason to die, she later understands she has something to live for. In my other films, I highlight the victims of the terror acts and the families whose lives are forever ruined. In this one, I wanted to explore the life and state of mind of the person on the other side. I needed to try to understand what might lead a person to make this choice. I believe that by doing so, we will have a chance to change the result. What does one think and go through before reaching this decision? If we can somehow understand, would we be able to change their experience? Change their mind? Change the outcome? When the result is this tragic, aren’t we obligated to try?

As a Director, my aim is to take the viewers on a journey to a world they might not know, using feelings they recognize. Take a situation that might feel like light years away from their reality and present it in the rawest way, so they can almost touch it. I tend to choose strong, stubborn, and committed characters and place them in the toughest of situations. Then I explore human nature, basic instincts, and deep feelings.

How did your career begin? What do you enjoy the most about writing scripts?

Writing was always a part of my life. It began with poems and during undergrad transitioned into scripts. It’s like watching a volcano of thoughts and feelings erupt from within me to find their way to paper. As a kid, I would write on every random piece of paper I could find. It hasn’t changed much during the years. While in the army, my commanding officer once told me he found a folder with my poems on the office computer. I was worried for a moment because I created a personal file in a military workplace, but instead, he asked me about a few he read, and we began talking. It occurred to me that art is something we can all appreciate on some level. When I set out to direct, I realized the combination of writing and directing was exactly what I needed in order to complete the puzzle. I began with shorts and a doc, and moved on to narratives that allowed me to create a world, pour in the characters, and watch the magic transpire. I moved to LA in 2015 and earned an MFA in Film and TV production from USC. One project led to the next and fortunately I was able to shed light on causes and issues I believe in, using the thing I love most. 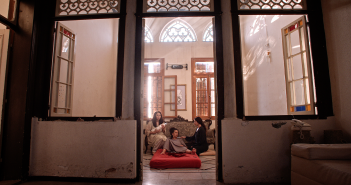 Your feature script “Project Fog,” is receiving accolades. What inspired you to write this script?

Project Fog revolves around a father-son relationship, but it is also about dedicating your life to a cause. When these two clash, what do you choose, and can you even make that choice? Project Fog takes place when war breaks between Israel and Gaza, and an Israeli soldier gets kidnapped through the underground tunnels of Gaza. Ahmed, an undercover Israeli agent who infiltrated Hamas and has been living in Gaza for the last 18 years, is operated to locate the soldier. To his surprise, he finds out his 16-year-old son is one of the kidnappers and is now forced to choose between his son and his country while trying to keep his identity a secret. The idea for the script began in 2014. That summer, three teenagers were kidnapped by Hamas. The nation got thrown into a race of locating their whereabouts. I was working in the media at the time. We reported from their houses, spoke to their families, and tracked the search. We had hope. I had hope. The announcement of their deaths diminished that. Then the war started. And death was everywhere. Grief is a hard concept to deal with. In and out of work I would hear of the death on both the Israeli and the Palestinian sides. Towards the end of the war, something inside of me broke. That was when inspiration found its way too. It emerged from the breaking point in which reality seemed incomprehensible and at the same time too familiar.

Growing up in Israel, I found it inevitable to be influenced by this topic. Dealing with it is my way of attempting to understand it. I’m trying to show how complex it all is, for both sides, and explore what stands behind people’s choices. If we can try and understand each other, maybe we can find a way to communicate. And then perhaps, we all have a chance at a better life. The script was a semi-finalist in the 2020 Academy Nicholl Fellowship, a Flickers’ Rhode Island International Film Festival winner, and a finalist in the 2020 ScreenCraft Drama Competition and 2020 Atlanta Film Festival among others.

You have worked in the Israeli media covering war and terror. What do you want Americans to know?

I served as an Operation Sargent in the Israeli army. I was deployed in Jenin, the West Bank in a unit that bridged between the Palestinians in the area and the army forces. I also worked in the media covering the 2014 war, and frequent terror attacks, and took part in four doc dramas that followed terror attacks and kidnappings that happened in Israel during the ’70s and ’80s. These various experiences taught me a lot, and I’m still learning. I speak about the conflict regularly, and many of my films deal with it. I use art to create conversation, and raise awareness to a challenging situation. People love to catalog things as either black or white, unite against a villain that all agree on as a villain. But this conflict is not that simple. The world is divided when instead we should be uniting, end terror, and peacefully create a worthier life for everyone on both sides. From my experience, I see people tend to be afraid to talk about it, or at times even give it the proper platform. This is a controversial subject that has passionate advocates on both sides. Sometimes that passion can get heated and feel overwhelming, but that is exactly why it needs to be discussed. Silencing it serves no one. If we don’t encourage conversation, how can we promote a better future?

We all need to remember there are real people on both sides, and all deserve better. I want to remind Americans that this conflict may be halfway around the world, but at the end of the day our world is small, and we must speak and stand up for one another. I also want to ask that when they do choose to speak, that they don’t base their opinions on a few news articles, but rather that they explore, learn and listen. The only way to change our future is with education. We need to allow children to learn, investigate and encourage them to find peaceful solutions. Hate generates violence, and we have enough of that in the world. It’s time to teach better, learn better and do better.

As we move into uncertain times, what is your greatest hope?

I hope people will remember to truly see each other. Not just in passing, not through a “like” on a fancy post on Instagram, but to really remember we are all struggling. 2020 made it worse for many, and clearer to see, but I hope that as things get better, people will internalize the lessons we received. I hope true companionship and solidarity stay. There is a famous phrase in Latin, which we often use in Hebrew, ‘Homo homini lupus est’. Meaning, a man is a wolf to another man. I hope we remember to be kinder whether times are good or bad, to all living beings who share the planet with us. And I definitely hope better times are coming.