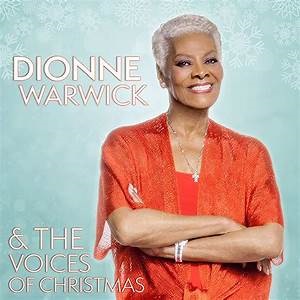 Proceeds From The Ticket Sales From www.dionnewarwick.live Will Benefit Operation Smile and The Kind Music Academy

LOS ANGELES, CA—December 14, 2021—Legendary singer Dionne Warwick is hosting a stream starting on December 23 featuring recent footage from her star-studded 81st birthday celebration and behind the scenes clips of her “Dionne Warwick & the Voices Of Christmas” album which featured a diverse group of music stars. The stream will be available on www.dionnewarwick.live and the proceeds of the $5 ticket sale will go to Operation Smile and The Kind Music Academy.

Dionne Warwick collaborated with a wide variety of duet partners on Christmas standards and carols on The Voices of Christmas including, among others:

Dionne Warwick & the Voices of Christmas” was produced by Damon Elliott and was released by Kind Music Group and BMG on October 18, 2019.

Operation Smile is an international medical charity that has provided hundreds of thousands of free surgeries for children and young adults in developing countries who are born with cleft lip, cleft palate or other facial deformities. It is one of the oldest and largest volunteer-based organizations dedicated to improving the health and lives of children worldwide through access to surgical care. Since 1982, Operation Smile has developed expertise in mobilizing volunteer medical teams to conduct surgical missions in resource-poor environments while adhering to the highest standards of care and safety. Operation Smile helps to fill the gap in providing access to safe, well-timed surgeries by partnering with hospitals, governments and ministries of health, training local medical personnel, and donating much-needed supplies and equipment to surgical sites around the world. Founded and based in Virginia, U.S., Operation Smile has extended its global reach to more than 60 countries through its network of credentialed surgeons, pediatricians, doctors, nurses, and student volunteers.

Kind Music Academy offers a hands-on curriculum where kids teach kids. “Under the guidance of my son, Damon Elliott, who I love personally watched grow from his experiences to become one of the most sought-after songwriters, composers, engineers, and producers,” commented Warwick. “KMA will be an undeniable success. Our mission is to empower our babies to sustain a long, honest career while helping the next generation do the same.”