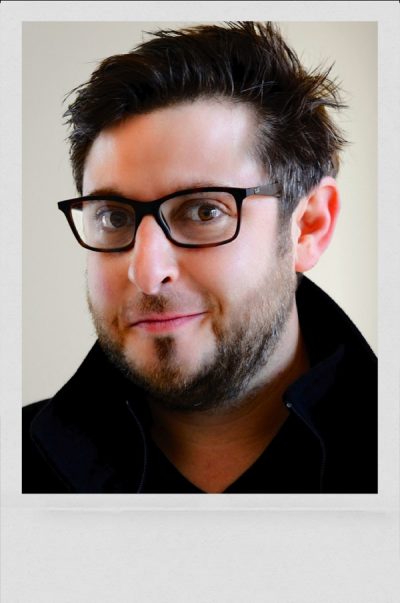 Los Angeles, California (The Hollywood Times) 4/9/2021 – Rob Margolies, Director/Writer/ Producer of Different Duck Productions whose many films have appeared on Netflix and are currently available for screening on every streaming platform, worldwide, is working with 3 powerhouse producers.

The Hollywood Times spoke with Rob Margolies and producers, Eve Austin, Jessica Carollo, and Alysha Wright about their upcoming films.

Since 2020, Actress, Writer, and Producer, Eve Austin has won 15 Best Actress awards in World Wide film festivals on three projects; Confidant, and the aforementioned LEGIT and Lola Does Manhattan. Lola was a web series directed and produced by Rob Margolies and Executive Produced by Eve. It is being reformatted into a 1/2 hour comedy for distribution.  All of these projects have also been selected for best short and other awards. 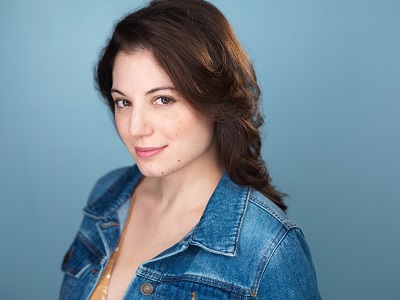 Alysha Wright, is a producer, Executive Producer, and New York based actress, most recently Alysha has been supporting Amazon Fashion’s photography studio while writing Toxipuetic, her first comedic short. Her most recent on screen credit being the title role in the indie film Jacqueline.

Rob, All three films are unlike each other. Immortal is in the sci-fi mystery range, All You Can Eat a Romantic comedy, and YES a dark drama.

What is the philosophy behind Different Duck Films?

Different Duck Films philosophy is to develop compelling and original concepts with name stars on economic budgets without  sacrificing the vision of the story. We have distributions with studios such as Lionsgate, Netflix, Amazon and all Video on Demand platforms.

What do you look for in a script?

I always look for a concept that will make me feel passionate about the project.

Different Duck Films philosophy is to develop compelling and original concepts with name stars on economic budgets without sacrificing the vision of the story. How has this philosophy led to your success?

It is a winning formula when all of these components are together. Trust is the hardest thing to find in this industry. When I can trust my above and below the line talent and crew I am 3/4 of the way there.

Rob, Jessica and Eve and  are co-creators of the unprecedented First Frame Film Festival in Las Vegas 7/31-8/1. IMDB qualified currently open for entries on Film Freeway.https://filmfreeway.com/FirstFrameIFF  First Frame Festival is the first festival that in addition to Laurels and awards offers winners in various categories distribution deals, free production services for creating and developing new content For best actor/actress awards offer them a role on a film on the slate as well as introductions to top creators in Hollywood. Looking to discover the newest and best  screenwriters, directors, creators and actors in all categories. 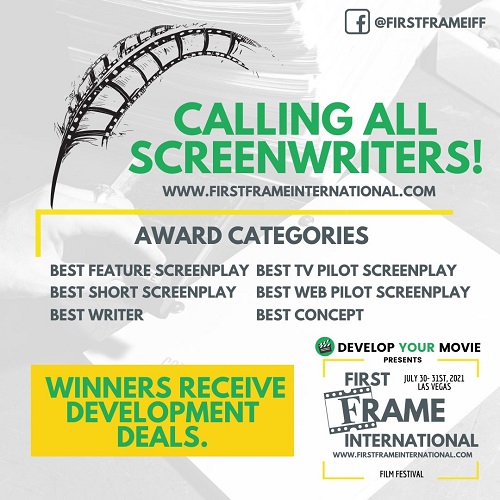 Jessica, You’ve had a successful career as an Actress. What led you to producing?

It was actually a happy accident. I was asked to produce a one night benefit cabaret called, “Voices in the Aisle.”  I had never produced anything before and It truly was a trial by fire moment for me. In the end, I really enjoyed watching everything come together. Even though it was live theater, I started to like the idea of having to look at the bigger picture. When I left my job at the theater and started working consistently on various sets, my love and curiosity for producing never went away. At this time, I was really sharpening my skills as a video editor and eventually was asked to edit and produce a YouTube series called, “NYC Smile 4 Me” hosted by Chris Bohinski of PA Live! It was after this experience of working on this show that I knew I wanted to dive fully into being a producer.

Rob is an immensely talented filmmaker. His eye for highlighting those memorable beats in a script really inspires me as an artist. He has a gift to capture what we are feeling in that particular moment on film so well. He’s very generous with this time and is always happy to provide advice and encouragement. He challenges me to think outside the box as a producer.

Right now we are in production for Bobcat Moretti, with filming set to resume this summer. (Please check out our Go Fund Me campaign.) We also have a few other slated films for Different Duck, Burning Girl and A Sexual.

How important is it for women producers to be noticed in Hollywood?

There are so many wonderful female producers who unfortunately are not recognized. Representation matters and we need to continue to diversify so everyone has a chance to tell their story. We are progressing, but we still have some work to do. In the case of Different Duck Films, it’s been a genuine pleasure working with fellow women producers. We are a team and we are just as invested in making the best story possible. I’m excited to see what the future holds for us.

Eve, You’ve had a successful career as an Actress. What led you to producing?

As an artist today there are wonderful opportunities for us to expand into creating our own work.  Some years ago, I started to produce for just that reason and fell in love with it. Two of the projects that I produced  LEGIT and Three For The Road are winning Festivals all over the world.

Currently I have three additional projects on Netflix as well as many other worldwide VOD platforms: The Feature American Fango, All You Can Eat another feature with Randy Quaid, Kathy Najimi, Jason Mewes and Ashley Black which Rob directed and produced and JOE a short that I associate produced as well.

Rob is wonderful at everything he does.  A creative genius , he writes, directs and produces great content in all genres and areas. We met some years ago when Rob cast me in one of his directing projects Fully Engaged which can now be seen on Amazon.

Rob is always looking for new opportunities to expand. This year Rob, Jessica, and I created the First Frame International Film Festival IMDB qualifying that will open in Las Vegas 7/31/21.  A unique Festival in that the winners prizes are unlike any festival out there which include distribution of their  film, screenwriters producing a film for  free . Best Actor/actress winners will be offered a role in the current slate. All information and applications can currently be found on Film Freeway.

A Sexual is a new project on the slate that Rob has written and it is fantastic! We are in the process of making offers to some well known actors and beginning to scout locations.  Principal photography will begin in the next few months.

Alysha, How important is it for women producers to be noticed in Hollywood? What is it like working with the other producers?

Working with other female producers is a dream come true. The main thing is to create fantastic entertainment from all different perspectives to be enjoyed by all.  Always most important is the project itself and the openness to work as a collaborative creative team to get things accomplished.

Rob’s connection to his ideas is unlike anything I’ve ever seen. If you’ve ever had a creative meeting with Rob, you can see in real time that his concepts have taken on life. Being a part of this team means that we get to create and expand something that is already so vivid. 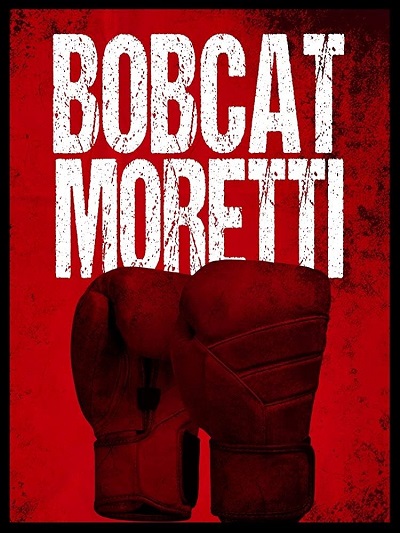 Bobcat Moretti is my first project with Different Ducks. My personal and emotional investment in furthering MS awareness is what motivated me to join the team. My mother was diagnosed with MS when I was 2 years old. I have no memories of her being well. This has been able to give me a chance to fight back, in a way that is meaningful to me at a disease that robbed me and my family.

Do you have a favorite project working with Rob? Why?

I’m really excited to work on Burning Girl. I love a good raunchy-comedy, as well as any opportunity to showcase funny women. Personally, I always have a crazy story about the most random events in my life. This film feels like a memory I haven’t made yet.

How important is it for women producers to be noticed in Hollywood? What is it like working with the other producers?

I have had a great experience with all of the producers I have worked with. You can see the mutual respect for everyone’s creativity and scope of work. As a woman, representation is so important to me, as well as being a driving force in the stories that are being told. We have taken control of our portrayals and are continuing to fight media-based definitions of womanhood. I’ve seen how misogyny and as a woman of color racism, can darken our highest aspirations with doubt and even derail amazing talent. I wholeheartedly believe we combat the confined limitations and stifling spaces others have set for us with every step we take in a direction of our own choosing.

Projects coming up in 2021 for Rob Margolies include: Bobcat Moretti, a heart-wrenching drama about an obese man with Multiple Sclerosis who takes up his late father’s sport of boxing to overcome immense personal tragedy and find inner peace.  and its stars: Vivica A Fox, Coolio, Taryn Manning, Sally Kirkland, and Tim Realbuto.

A Sexual – which I mentioned before, we are actively seeking our stars and plan to go into production Spring/summer 21

Different Duck Productions is always happy to have new investors join their slate.