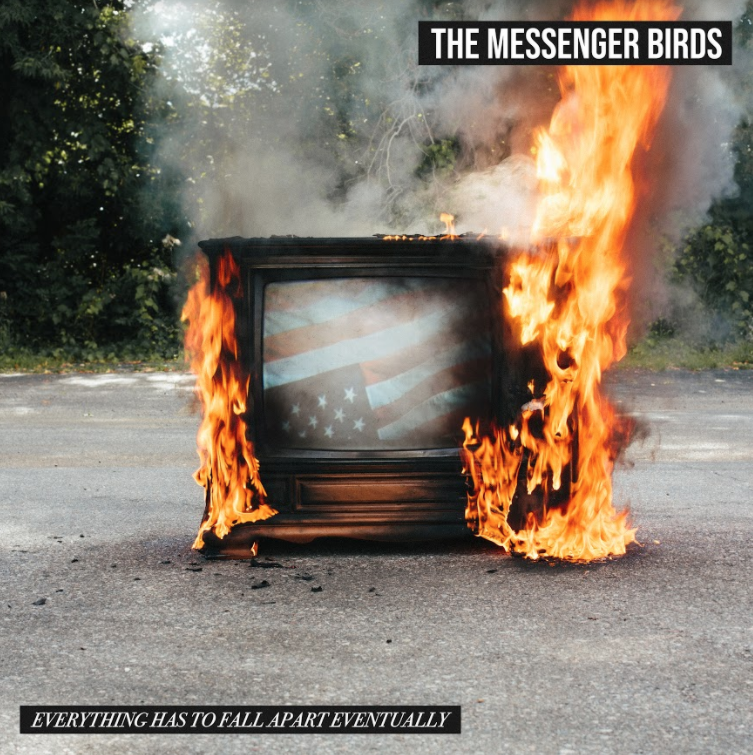 Los Angeles, California (The Hollywood Times) 09/30/2020 –  “Everything Has to Fall Apart Eventually” sonically is one of our favorite tracks on the album (also the title track). The music and lyrics kind of mirror each other in a manic fever dream sort of way, a mix of driving riffs and laid back grooves with atmospheric leads and arpeggiated synthesizer layers. It’s a bit of sensory overload, which is intentional.”- The Messenger Birds

Your new album, “Everything Has to Fall Apart Eventually,” you describe as a bit of sensory overload. Tell us about your album.

The title track for sure is sensory overload. We spent a lot of time on this album really experimenting, and a lot of credit is due in that regard to our good friend and producer Steve Lehane. All of the song structures were pretty much set in our original demos, but then we worked with Steve in the studio on textures and layers, adding a variety of synthesizers, effects, and programming. We were able to really showcase our dynamic range from start to finish, and it was a lot of fun to work on.

What is the meaning behind, “Everything Has to Fall Apart Eventually?”

I feel like it can mean a lot of different things depending on how you read into it. The basic concept of it is that everything we build or create has a finite existence, and the human condition is a constant struggle in some form. I have always kind of pictured Sisyphus rolling the boulder up the hill. You do all this work to make it to the top of the hill and then fall all the way back down and have to start over. So the tag line on the end of the chorus, “Everything has got to fall apart eventually . . . hope we make it through,” is sort of that inner dialogue of “what are you going to do, accept whatever failure it is you’re dealing with or start pushing that boulder back up the hill?” The album definitely touches on the darker and more cynical subject matter at times, but we wanted that glimmer of hope to come through. 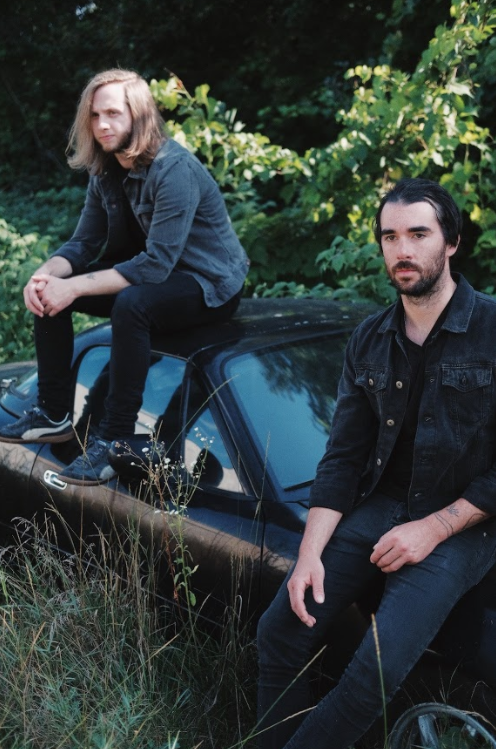 What is your favorite song on the album?

That’s a tough question to answer because we like each song for completely different reasons, but if I had to pick just one, it would probably be “Play Dead.” It was one of those songs that felt like it just materialized out of thin air, and it felt a little foreign at first like we weren’t sure if it was going to fit with our catalog. But that feeling disappeared almost immediately once the lyrics and vocals came into play, and it became one of the most important songs on the album because it allowed us to take our sound in a completely different direction while still feeling like it was uniquely us.

Tell us about your intense and apocalyptic song “Play Dead (Just for Tonight)”.

The whole song is a tidal wave of emotion. It starts with an eerie dobro guitar and lurches slowly on until it builds into this massive wall of sound. The dynamics and mood of the song match the lyrical content as closely as any we’ve ever written. Everything is sort of piling up along the way, all these dystopian and apocalyptic events one after the other, and it’s an overwhelming feeling trying to take it all in and understand how to cope. What’s most interesting to us is that everything we wrote about in this song was related to current events in 2018 (mass shooting at a Pittsburgh synagogue, grocery store shooting, government conspiracies, etc.), but every time we listen to it, it seems to somehow take on new meaning and apply directly to something that’s happening now in 2020. It sometimes feels like a premonition of what was to come, even if we didn’t plan for it to be that way. 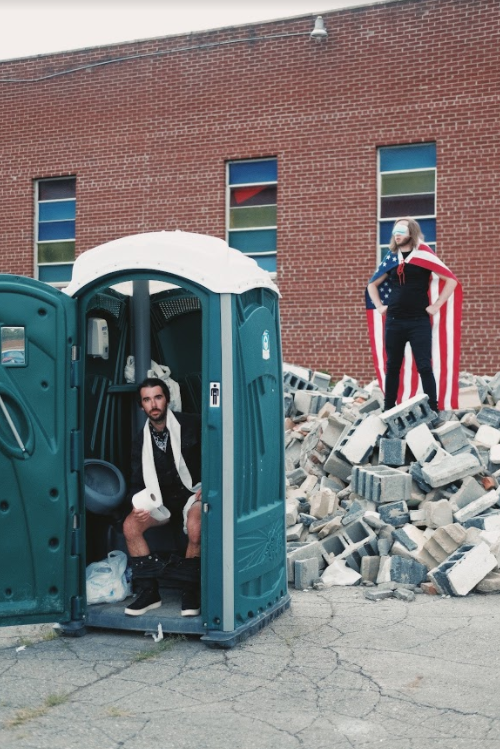 Where have you derived some of your influences from?

We’re definitely influenced by the 90s rock and grunge-era – bands like Rage Against the Machine, Nine Inch Nails, and Nirvana – but it’s not exclusive to that. Whether it’s a fat beat or a gritty synth tone, we’re always looking for new inspiration, and it could come from any song and any genre.

We met right before high school when we were 14 years old. We went to a small, private, all-boys preparatory, and there were only about 125 students in our graduating class. We were workout buddies at a hockey conditioning camp and became friends completely unrelated to music. 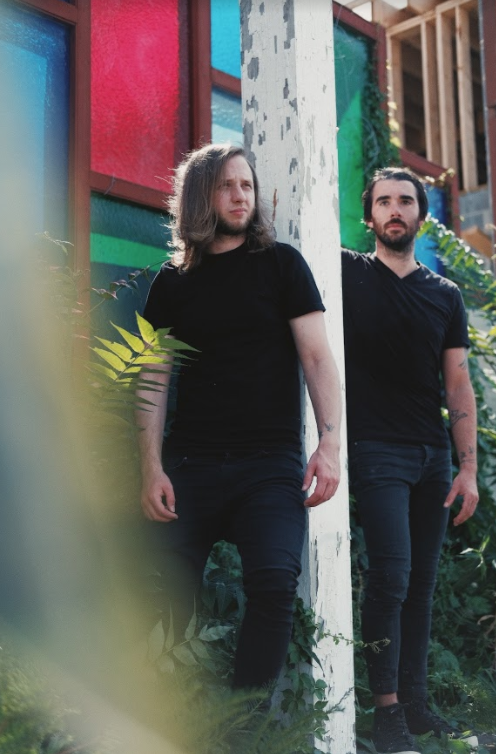 You launched a podcast titled “We Got Ourselves (And Kevin) Into This.” What will fans enjoy the most?

The podcast is an outlet where we can have fun, goof around, and just be ourselves while talking about music. The listeners get a window into the relationship we developed over the past 15+ years. What I think the fans will enjoy the most is our producer and frequent guest, Steve Lehane. He is one of the most entertaining people we’ve ever met and has us laughing till we cry every time we’re with him.

Stream the album’s title track “Everything Has To Fall Apart Eventually” here: https://youtu.be/qTsAqtOwAsg