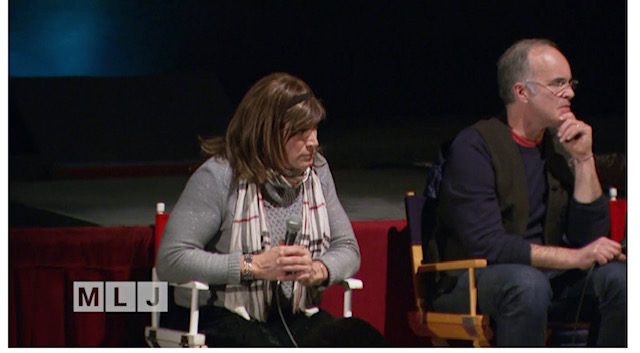 Before Christine Hallquist was running for Governor of Vermont, she was David Hallquist, the CEO of the largest locally owned electric utility in Vermont.  A self-described “closet environmentalist” Hallquist is dedicated to addressing the way electricity use in America contributes to climate change.  But his mission is balanced with the utility’s charge to provide affordable and reliable service.

As Hallquist struggles to build the kind of transparent company whose honest approach can  get stakeholders to accept the realities of how we generate and deliver electricity, he realizes he must apply that same transparency to his personal life and reveals to his son a lifelong secret. Dave Hallquist, who presents as a chainsaw-wielding, hard hat-wearing CEO in a male-dominated industry is a woman inside.

Now, Derek’s family must face facts that feel far more immediate than the melting of the polar ice caps and denial emerges as a common theme linking all of these issues.  Ultimately the personal and the societal come together as Derek learns that his father, newly named Christine,  is still indeed his father – and that Christine’s unique perspective as the first American Transgender CEO to transition in office, may be just the what the limiting, binary worldview on energy and the environment needs.

Denial premiered on November 16th on Revry opening Trans Awareness week and it offers a deeply personal and vulnerable glimpse into lives of Derek’s family. His kind nature and passion about his job draws you in and makes you root for him immediately. The film takes a very deep look into struggles of identity, acceptance and finding strength to be who you are. Two main subjects- climate change and gender identity tie in together brilliantly. It’s a must see!