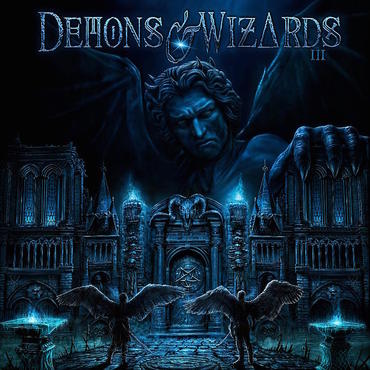 Birmingham, AL (The Hollywood Times) 02/12/2020 – So much has been done in the music industry within the past 20 years that it sometimes feels like artists have to tread carefully so as not to mimic anything else afloat in the ether. While most artists seemingly rush out material in order to meet a deadline, others take a more prudent approach when it comes to creating a lasting product. I myself sometimes get greatly discouraged when a dozen or so newer bands begin to sound vastly homogenous. I’ve always been of the mind that in order to accomplish perfection, meticulousness is key. Much like relationships; if you choose to rush something that isn’t meant to be, you’re sure to always be left disappointed.

Take power metal outfit, Demons & Wizards for example. Their third album, simply titled “III,” is set to drop on February 21st, a full 15 years since their sophomore album was released. Now I can easily think of two other bands within the past couple of years who saw fit to give their wares a decade and change to produce, and the end result really shines; “Eat The Elephant” by A Perfect Circle in 2018, and “Fear Inoculum” by Tool in 2019, both of which took roughly 14 years to crank out. 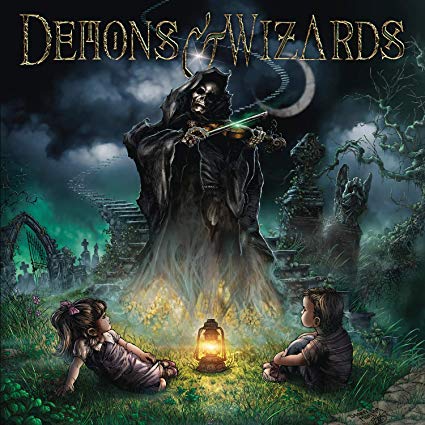 Based on an idea in 1997 between Blind Guardian vocalist, Hansi Kursch, and Iced Earth guitarist, Jon Schaffer, Demons & Wizards originally began as a side project that would soon turn out two albums between 2000 and 2005. Taking inspiration from myths and legends such as the Pied Piper and the Crusades, Demons & Wizards’ debut effort was afforded ample success, but not to the degree of Kursch’s and Schaffer’s respective troupes. Their second album, Touched by the Crimson King, faired a little better by landing a spot on the Billboard charts at number 35 after its release in June of 2005.

With the release of “III,” Demons & Wizards continue to prove their proficiency in mythical storytelling, coupled with a driven sound that just compliments one another in the highest form. Tracks like Diabolic and Midas Disease possess such melodically operatic and classic rock feels, but never sound dated in the slightest. Every song is a journey that has been carefully constructed, and you can’t help but allow yourself to be overcome by it’s lucid complexity.

Suffice it to say that time has favored Demons & Wizards during their 15 year interval.

“III” is set to be released on February 21st on Century Media Records.