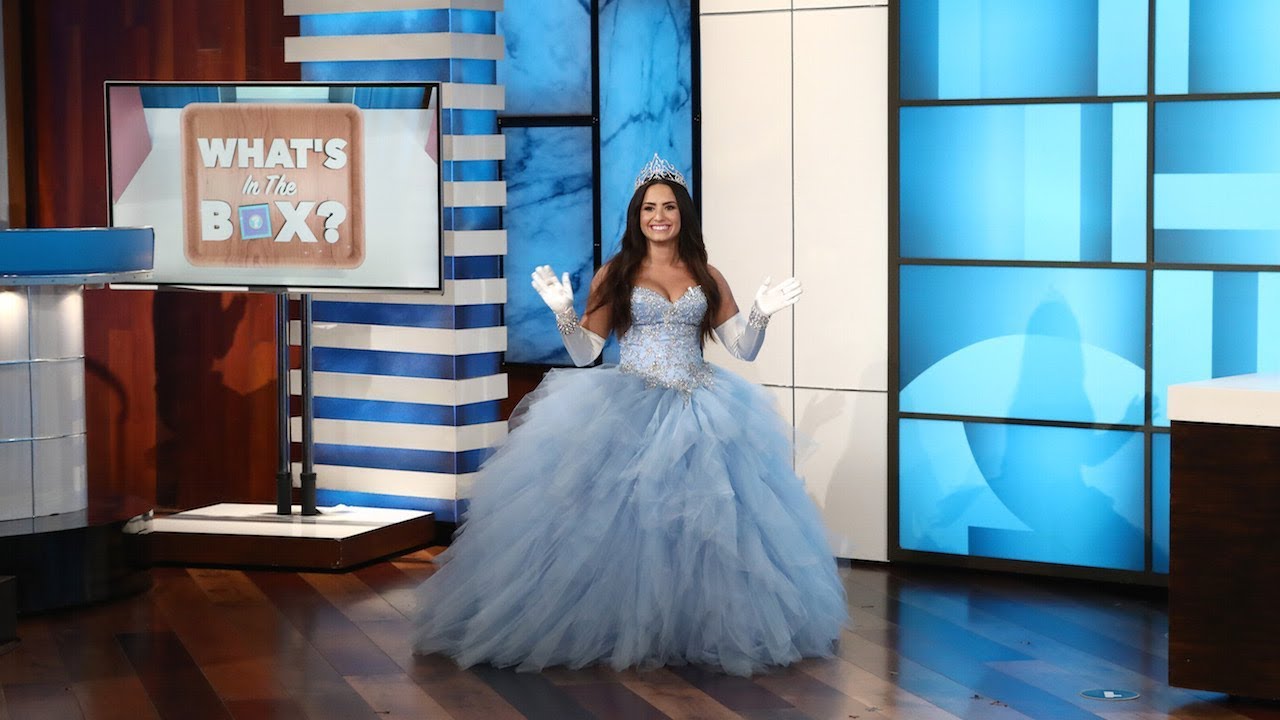 (The Hollywood Times) 3/6/20 – Demi Lovato stops by NBC hitting Ellen’s couch smoothly to grab some limelight and gets high praise from me.  I clicked open my Youtube account Friday March 6, 2020 to find the pop star absolutely glowing as usual with a stunning look to promote her new music video “I Love ME”.  Ellen was extremely poised and clearly proud of Lovato for coming on the show.

Her troubled times have been publicized quite a bit, as portrayed through the media, magazine covers, and whatever blogger or newscaster felt like saying about the starlet.  This is nothing new as we’ve seen many other celebrities and human beings go through tough times despite being able to pocket much success in Hollywood or other areas of work.

She strikes back through Ellen’s platform, for which she is very thankful for, and lets us know she is a strong place and doing things HER WAY.  Seems like she’s getting things straight with the narrative by admitting she has a history of self-destructing and not loving herself enough. I think this is extremely relatable and has been for a while.  However, this doesn’t mean that I’m not absolutely desperate to get behind this kind of a movement. 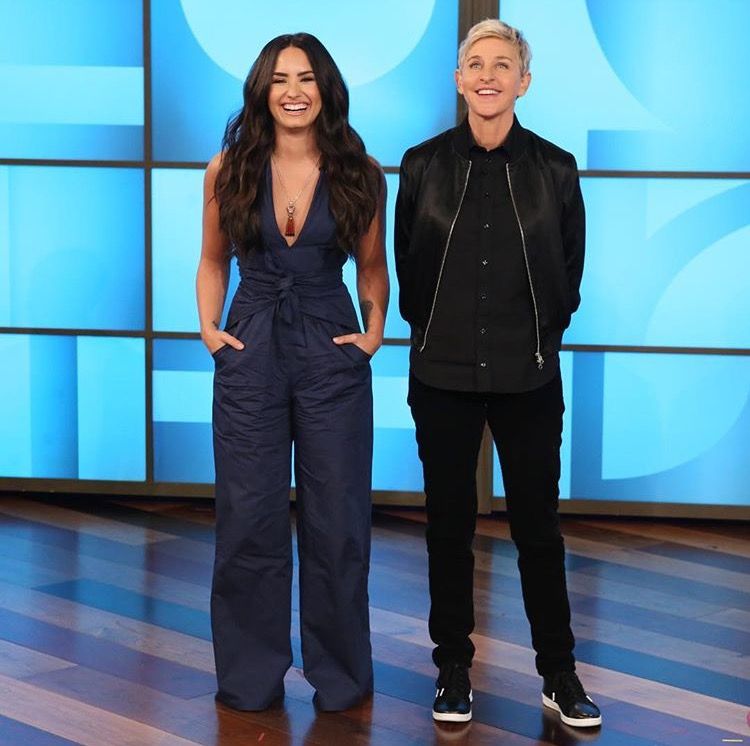 Lovato has a ton of responsibilities and pressure being a superstar with many people relying on her to succeed so they can continue to work under her and become financially secure themselves.  She got candid explaining some personal disappointments with not getting the treatment she needed and also not being respected. Can you imagine you’re going through issues with abandonment, mental health, drug addiction, and the many other problems she’s most likely dealing with and she’s being told she’s selfish because she wasn’t thinking of the people who rely on her to be famous. 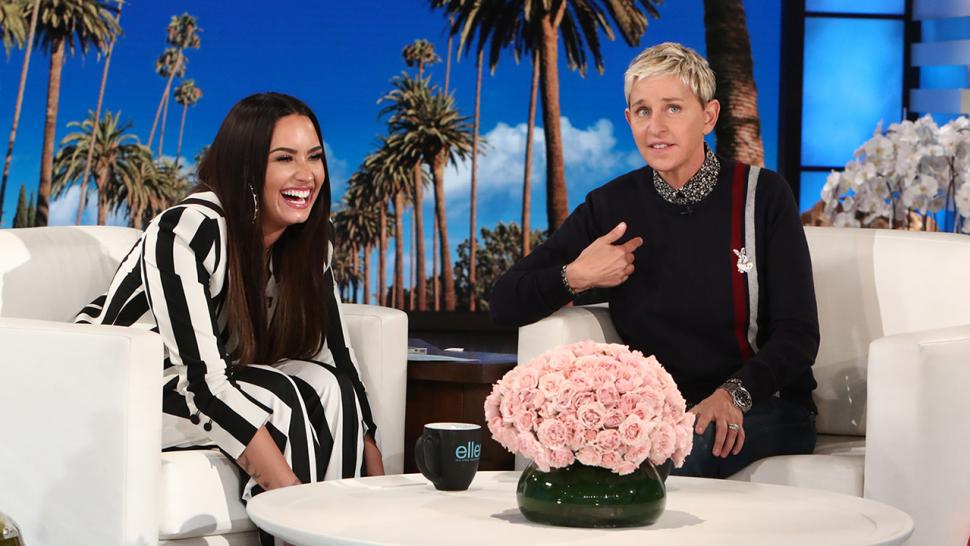 This is definitely one of the most refreshing feel good interviews I’ve seen on daytime television in a very long time with somebody who has been working in Hollywood for this long and getting their start at a young age.  She reveals new tattoos signifying her strength on her current sobriety which was also reinforced with her newfound enjoyment returning to Church. She also blushes a bit over wanting to work with Rihanna and has her fingers crossed on collaborating with RiRi.  Her new music video can be found on Youtube and has already amassed over 3 Million+ views in 13 hours as well are the clips of her opening up about her relapse and eating disorder to Ellen. 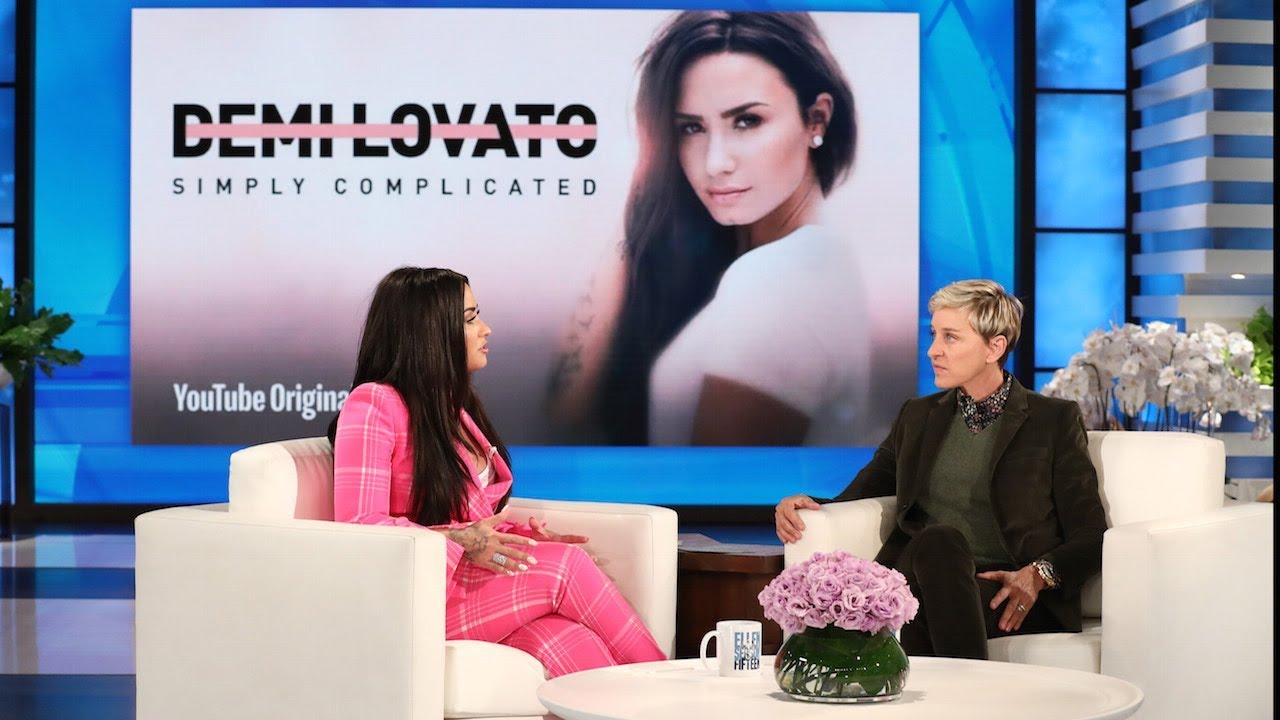 (Demi Lovato opens up about her relapse)

(Demi Lovato Gets Candid About Her Eating Disorder Struggle)