By Kate Kight
Washington DC (The Hollywood Times) 3/11/18 – From sexual assault to the unprecedented attacks on the media from the current administration, the Radio Television Digital News Association Awards tackled today’s toughest topics with grit and determination of the journalist we had gathered to honor.

This was the 28th annual First Amendment awards, and every speaker acknowledged that the distrust of the media, fanned by a hostile administration, presents a clear and present danger to the values articulated in the First Amendment.
“No one in this room is an enemy of the American people” stated RTDNA/RTDNF Executive Director Dan Shelley.  Representative Eric Swalwell (CA-15) is trying to codify that sentiment with his Journalist Protection Act. Introduced in in early February, the Journalist Protection Act makes it a federal crime to intentionally cause bodily injury to a journalist. Representative Swalwell believes it is necessary for the United States to protect journalists in a increasingly hostile climate. He references the OC weekly journalists assaulted at a Make America Great Rally in Huntington Beach last March in response to criticisms that the bill is unnecessary. Further criticism also points out that in a world with bloggers and citizen journalists, giving the government wide-ranging power to define who belongs to the protected class of “journalist”. Whether the bill sees debate on the House floor or not, Representative Swalwell reminded attendees of the sharp partisan lines being drawn around the fourth estate, disconcerting for journalists and citizens alike.

Mika Brzezinski and Joe Scarborough received the Leonard Zeidenberg First Amendment Award for their tenacious work on Morning Joe. The boorish comments Trump made against Brzeninski during the 2016 presidential election caused her to get “more hate now than I’ve ever gotten in my life.” Together with Scarborough, however, she has not stopped her work telling the stories the American public needs to hear. “Times such as these demand that our team pushes back against the President’s threats and from his allies.” Scarborough said.

The specter of Trump hung over the evening not just because of his constant dismissal and outright hostility towards the media, but because of his role in the  #MeToo movement. Senator Kirsten Gillibrand, introducing First Amendment Leadership Award to Gretchen Carlson, stated “we must value women”. On International Womens’ Day, it’s hard to believe that our country still need to hear that. Thankfully, leaders like Senator Gillibrand and Carlson have the courage and conviction to inspire change. “When one woman speaks up, others feel compelled to follow. We are at a tipping point for real change,” said Carlson. It will take the continued to work of journalists to ensure the stories of the #MeToo movement continue to be heard. 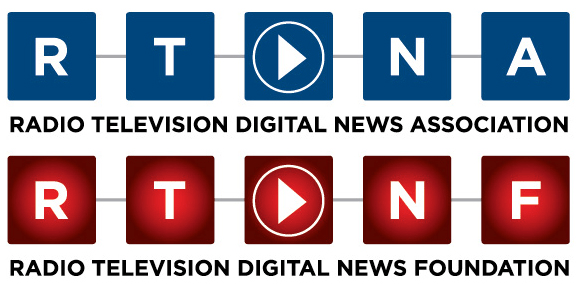 Accepting the First Amendment Service Award, CBS News president David Rhodes addressed the issue of showing graphic or disturbing footage on television. “Our job is too reveal, not to conceal”. For the journalists reporting these storied there is no delay, no ability to switch channels away from the anguish. It is our duty as consumers of media not just to respect  their work, but to hear the stories they reveal, and to use the knowledge to build a better future.

Chuck Todd, accepting the First Amendment Award for “Meet the Press” acknowledged the responsibility journalists have to be credible and to strive for accuracy, not ratings. “This time we can’t mess this up. If the public loses more faith in us, if we don’t cover this moment correctly, then we will have a problem when it comes to our own credibility.”

The night ended with a standing ovation for Robin Roberts, who received the RTDNF Lifetime Achievement Award.  Roberts is an outstanding anchor, her show “Good Morning America” has won five Emmys, and she is a member of the Cable of Hall of Fame. Equally powerful is her humanitarian work. Since her diagnosis of breast cancer and MDS, she has campaigned on behalf of Be the Match to ensure more people have access to bone marrow transplants. Her sister Sally-Ann, who donated bone marrow for Roberts’ own transplant, joined her at the RTDN First Amendment awards.

Despite a hostile environment and a startling rise of distrust in the media, journalists are undaunted by the work ahead, and the Radio Digital Television News Association and Task force is ready to support them.