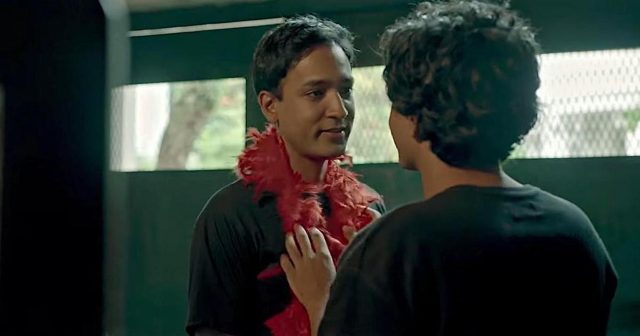 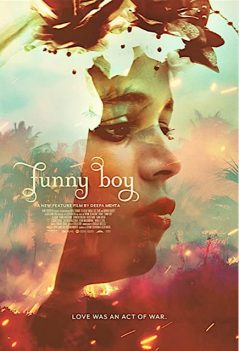 Los Angeles, CA (The Hollywood Times) 10/18/21 – This afternoon at the Los Feliz Theatre in Los Angeles was a screening of Deepa Mehta’s fine film Funny Boy, an adaptation of Shyam Selvadurai’s novel depicting Sinhalese-Tamil tensions in Sri Lanka is a typically elegant and powerful portrait of social divisions from the director of the Elements trilogy of Fire, Earth and Water. The conflict in Sri Lanka between the majority Sinhalese and the minority Tamils lasted 26 long years and only concluded in 2009, leaving deep scars on both sides. It is a hugely emotive subject, especially when coupled with the topic of homosexuality, still considered taboo in most of South Asia and still illegal in Sri Lanka under the current government. After the screening of Funny Boy, Deepa Mehta was present for an informative Q&A about her film. Funny Boy was Canada’s submission for Best International Film in the 2021 Oscars. Selected for a number of LGBTQ film festival around the globe, it will be opening night film at a small LGBTQ film festival in Colombo, Sri Lanka, where homosexuality is illegal. If you are interested in seeing Funny Boy, it is available on Netflix currently.

Shyam Selvadurai’s elegant 1994 novel, on which Funny Boy is based, dealt with both subjects in a sensitive fashion. Indo-Canadian filmmaker Deepa Mehta, no stranger to taboo subjects, is best known for her Elements trilogy: Fire (1996) dealt with a lesbian relationship between sisters-in-law in a middle-class home in Delhi. Earth (1998) looked at the partition of the subcontinent into Hindu-majority India and Muslim-majority Pakistan through the eyes of a young girl from the Parsi Zoroastrian community, while the Oscar-nominated Water (2005) examined the lot of widows in 1940s India from the perspective of an eight-year-old child-bride who was widowed and sent to live in an ashram for widows. All these films were screened over the weekend by the American Cinematheque as a retrospective of the films of Deepa Mehta – at the Aero Theatre and the Los Feliz Theatre. 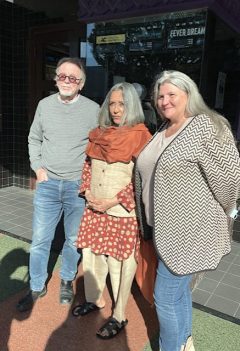 In Mehta’s hands, based on a screenplay adapted by Selvadurai and herself, Funny Boy is as elegant and sensitive as the novel upon which it is based. Aided by Douglas Koch’s vivid cinematography and Howard Shore’s sweeping score, Mehta begins by portraying Sri Lanka as a lush, tropical paradise island, complete with pristine beaches, verdant foliage, quaint railways and imposing colonial bungalows. At the center of it all is the Chelvaratnam family, presided over by the conservative matriarch Ammachi; her son, who owns a resort; his wife (Nimmi Harasgama), their children and her free-spirited daughter Radha (Agam Darshi). 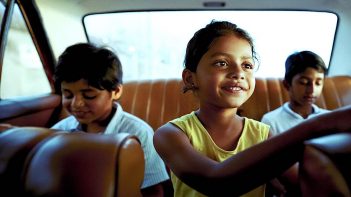 The first hint of trouble in paradise arises when the film’s protagonist, the young boy Arjie (Arush Nand), chooses to dress up as a girl rather than engage in a game of cricket. Underlying tensions bubble to the surface when Radha, who is engaged to a man in Canada, strikes up a romantic relationship with Anil Jaisinghe, a young man from the Sinhala community. An incandescent Ammachi confronts Anil’s father (Ali Kazmi) and asks him to keep his son away from her daughter. Anil’s father sneers at her and describes the Tamil community as a “minority with a majority complex, thinking they can have half our island.”

To Arjie’s mother her son is creative, musically talented, and adventurous; to his father, however, his “funny” behavior is a cause for concern. No one ever says the word “gay,” but that’s obviously the fear here, so all-consuming a response by Arjie’s father that everything his son does is a problem. “Why does everyone say I’m ‘funny’? What does that mean?” Arjie asks his parents in one of the film’s most heartbreaking scenes, but his father will not budge on trying to expunge all perceived femininity from his son. Arjie will play cricket, Arjie will pray more, and Arjie will grow up to be the man his father wants him to be.

Arjie’s only ally is his aunt Radha (Darshi), who returns from college in Toronto to the judgmental family who hasn’t changed one bit in her absence. Forced into an arranged marriage against her will while in love with another man, Radha becomes Arjie’s closest familial supporter: encouraging his passion for music and dance, painting his toenails (“a joyful secret,” she calls the berry-colored polish she applies for him), and drawing him into her illicit romance with a Sinhalese man by asking him to deliver letters between them. What happens to Radha, and the choices she makes as violence between the two ethnic groups grows, changes Arjie’s path forward. 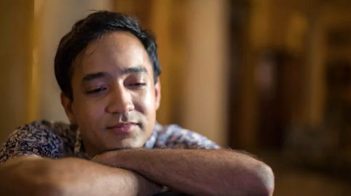 And that is where the battle lines that inform the rest of the narrative are drawn. For Arjie (played by Brandon Ingram), once he reaches his teens, the situation is doubly complex, as he is not only a minority Tamil but also dealing with his burgeoning homosexuality, drawn as he is to a Sri Lankan fellow student who happens to be Sinhalese. Funny Boy explores the conflict largely through the prism of the moneyed class; when the film does, from time to time, touch upon those less financially fortunate, it serves as a powerful reality jolt. Mehta stays at a remove from the conflict, choosing to dwell on the futility of violence rather than the causes of it, making for an affecting narrative. 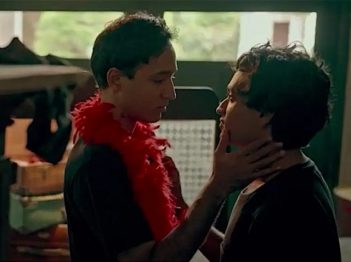 When Funny Boy jumps ahead in time to Arjie’s teenage years attending the Christian boys’ school Victoria Academy, the political situation is more fraught. Bullying at the school plays out entirely between ethnic lines. Arjie’s father, who now runs a posh resort, offers safe haven to a family friend, Jegan (Shivantha Wijesinha), who used to be a Tamil Tiger. And when Arjie locks eyes with Shehan (Rehan Mudannayake), a Sinhalese classmate who quotes Oscar Wilde and has posters of David Bowie hanging in his bedroom, the memory of what happened to Arjie’s aunt when she fell in love with someone despised by her family is never far from his mind.

Jegan’s character is not fully developed in the film and that somewhat hampers our understanding of social class differences within the Tamil community. Ultimately the Sri Lankan Civil War takes a huge toll on Arjie and his family, who manage to survive the looting of their own house by Sinhalese thugs and seek sanctuary in a Catholic church in Colombo. As the fighting calms down after a declared cease-fire between the Tamil Tigers and the Sinhalese Army, Arjie goes to see Shehan again, knowing their new-found love will not survive in Sri Lanka. Arjie and his family, like thousands of other Tamils in Sri Lanka, leave the country, seeking refugee status in Canada.