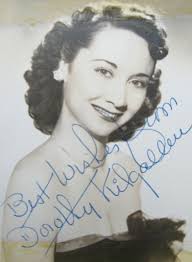 What Drives Our Never-Ending Fascination
With Real-Life Murder Stories?

America loves a good murder mystery, as evidenced by endless TV dramas, movies such as The Girl on the Train, and novels by writers such as Patricia Cornwell and Michael Connelly.

But the infatuation isn’t limited to fiction. The public is also riveted by every detail of real-life homicides, whether it’s the O.J. Simpson trial, the murder of 6-year-old JonBenet Ramsey, or the extraordinary phenomenon of the TV documentary Making a Murderer.

“People can’t help but be captivated with the human drama when another person’s life ends in violence,” says attorney and investigative reporter Mark Shaw, author of The Reporter Who Knew Too Much (www.thereporterwhoknewtoomuch.com).

Shaw’s own fascination these days is focused on the mysterious death of Dorothy Kilgallen, the Pulitzer-Prize nominated newspaper columnist and panelist on the popular TV show What’s My Line. She was a household name in 1965 when she was discovered dead in her home at age 52.

“With Dorothy, I think you have all the compelling elements,” says Shaw, who served as a legal analyst for USA Today and CNN during the O.J. Simpson trial. “We have a famous journalist killed in the line of duty for writing a ‘tell-all’ book and there are celebrity suspects galore who were never investigated.”

Officially, Kilgallen’s death was ruled accidental, caused by a fatal mixture of sleeping pills and alcohol. Shaw says his research uncovered new evidence that points to murder (posted at www.thedorothykilgallenstory.org.) The motive: Her book that would have exposed a mobster’s involvement in the assassination of President John F. Kennedy. Shaw has called on the NYC District Attorney to investigate since “murder is the worst form of censorship” and a main suspect remains at large.

Kilgallen’s own journalistic career serves as evidence that fascination with true-crime stories is nothing new. She wrote about seemingly every “trial of the century” of her era, including the Lindbergh baby kidnapping, the Dr. Sam Sheppard case that gripped Americans and inspired the TV series The Fugitive, and the trial of Jack Ruby, who killed Lee Harvey Oswald, the man accused of assassinating Kennedy.

Why are we so enthralled by these cases? Shaw says there are several reasons:

• A belief in justice. Most people want to see justice served, whether they suspect a guilty culprit got away with murder or worry that an innocent person was wrongly accused. “In fiction, everything usually gets wrapped up very tidily,” Shaw says. “In real life, justice can be a whole lot messier.”
• A natural attraction to mystery. People are captivated by the unknown, whether it’s the “whodunit” at the end of an Agatha Christie novel, the contents of the large package under the Christmas tree, or the very meaning of human existence. “This is probably one reason there’s still so much interest in the JFK assassination,” Shaw says. “There are elements of mystery all around it and we can’t help but want to get at the truth.”
• A preoccupation with death. As gruesome as it seems, people have been drawn to stories about violent death for thousands of years. Even the Bible wastes little time working in a murder, with Cain offing his brother Abel in a fit of jealousy in one of the earliest chapters.
“One other reason may be that we have empathy for the victim and feel they deserve their ‘day in court,’ so to speak,” Shaw says. “And that’s true whether the murder happened five days ago or 50 years ago as it did with Kilgallen. She deserves justice today and I’m determined to get that for her at all costs.”

Mark Shaw, author of The Reporter Who Knew Too Much (www.markshawbooks.com), is a former criminal defense attorney and legal analyst for CNN, ESPN and USA Today.  He is an investigative reporter and the author of 25 books including The Poison Patriarch, Miscarriage of Justice, and Beneath the Mask of Holiness. Shaw, a member of the American Society of Journalists and Authors, has written for USA Today, Huffington Post, and the Aspen Daily News.