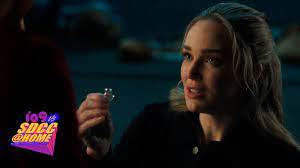 NEW LEGENDS, AND NEW TUNES FOR SEASON 7 DURING COMIC-CON@HOME 2021 PANEL

WaterTower Music to Release DC’s Legends of Tomorrow: The Mixtape

Series star Caity Lotz introduced the panel with a sneak peek at a trailer which featured an exclusive look at the remainder of the show’s sixth season — think bowling, board games, aliens, weddings, magic mushrooms, and a whole lot of dark drama involving John Constantine.

In the midst of all the joking and fun, there were, naturally, a few “legendary” reveals: