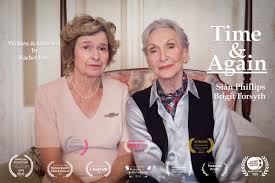 West Hollywood, CA (The Hollywood Times) 10/4/19 – In “Time & Again”, Rachel Dax writes and directs a 30-minute minor masterpiece.  “Time & Again” is a story of two former lovers, Eleanor and Isabelle, who meet again in a residential home sixty years after their same-sex relationship broke up amidst widespread social disapproval.  The two young women were separated by society only to be reunited in their twilight years.

Eleanor is played by the 86-year-old Dame Siân Phillips, a regal presence who is probably best remembered as the scheming Livia in the popular BBC production of “I, Claudius” that ran in 1976.  Phillips has appeared in many roles spanning over seven decades from theater, television, and film.  She was also married to and divorced from three men, one of whom was the equally famed actor Peter O’Toole.

Acting alongside Siân Phillips is the 79-year-old Brigit Forsyth as Isabelle.  Forsyth has been acting for over 50 years and is also a musician and composer.  Phoebe Rose White and Mair Rowlands appear as Eleanor’s nurse, Jess, and Isabelle’s daughter, Angela.

The imperious Eleanor gradually gives in to her desire for Isabelle.  The subtleties of such interactions could not be communicated better.  Viewers are advised that the love scene includes mouth to mouth kissing and a soft focus encounter in bed. 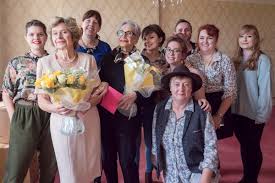 The original theme song “Time & Again” was composed by Michael O. Lewis and performed by Boo Golding and Phoebe Rose White.  The evocative song greatly enriches the short and underscores its inherent drama.

Perhaps true love CAN conquer the test of time no matter what form it takes!  Changes in the culture will always have particular resonance for the LGBT community.  Hopefully these changes will allow more love stories like Eleanor and Isabelle’s to have a happy ending at long last.