BEVERLY HILLS, CA (The Hollywood Times) 05/16/2019 – David Palmer returns to the bi-annual Beverly Hills Art show returns this Saturday and Sunday from 10 a.m. – 6 p.m. at 9439 Santa Monica Boulevard in  Beverly Gardens Park on May 18th and 19th. at booth #366. The Beverly Hills Art Show is one of the largest and most respected outdoor shows on the west coast, attracting artists from all over the country and some of L.A.’s finest. There’s outdoor dining areas, wine & beer gardens, elegant music & artist demonstrations among the mixed art forms presented. Former tunesmith, David Palmer has new images of “New Jersey Diners 1963” and “Habitat” amongst his Romantic Realism and Landscape artwork. 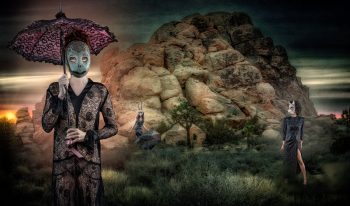 There will only be one David Palmer in the show (sometimes there are two) – so let me re-introduce you to my friend whose images are as truly unique as he is.

The ex-Jersey boy, long-time Los Angeles resident – that Wiki describes as: “an American vocalist and songwriter, best known as a former member of Steely Dan and as the lyricist of the Carole King number two hit, Jazzman.  The man had a set of pipes that put him at the top in his world of Rock ‘n roll and now – Palmer loves his cameras. In 2002, David would find himself immersed in photographic art discovering his own style, frame by frame. The images he creates are well worth a hang – or five – in your abode. His worlds often feel unrestrained yet tend to rattle on the extraordinary or howl disruptively in common concert.

This is David Palmer, a burgeoning artist, on his life, art and life’s changes:

When and why did you start photography and leave music? And was it a difficult choice?

The music “business” was too much business and not enough music that I could relate to. Every  thing sounded cookie-cutter to me. So, one day I picked up a camera and the creative buzz began at once – it was not a difficult choice at all. I went where the passion was.

What are the Lost Demos?

DP: These tunes were recorded over a period of years from the early 80’s until I gave up the musical ghost sometime in 1997.

Who was your mentor?

How many years have you been in the Beverly Hills Show? Accolades?

DP: This is my 4th show and my second show was a blue ribbon and third was honorable mention

What places have you traveled for backgrounds have you enjoyed the most and why?

DP: Vietnam to Joshua Tree to North New Jersey for my diners – each place has its own magic – but I love New York and the desert because everything is a possibility.

What is your process in figuring out the next project? Like Diners or Victorians or the short-lived Banquet Series? Your collection is growing…

DP: I have no idea how they come. But the location often suggests the scenario. Lafayette Graveyard for “The Mourners” and seeing Hockney’s pools inspired “Infinity Pool”.

You’re a Jersey guy what kind of background had you leap into rock ‘n roll and end up with Steely Dan?

DP: I got into bands because I could sing and I wasn’t much of a jock or an academic and it was a great way to get girls. The biggest audience I sang for was NOT with the Dan but another group called Wha Koo that I was a member of – it was on the steps of The Sydney Opera House in front of 60 thousand fans. The favored songs were Dirty Work and Jazzman. One I sang and one I co-wrote and they’re faves because they allow me to do what I love now.

Songs always brings us to place, time, feeling, hitting so many of our senses, how do you feel an image matches up in arousing that type of feeling?

DP: It hits me just as hard but I’m a very visual cat.

DP: I like to think of it as the digital equivalent of “Magical Realism”… where your senses tell you that something’s a little off… something not quite “real” there.

What inspires you to keep going and what do you plan to achieve in goals of projects or an overall vision of you as photographer/artist?

DP: What inspires me to keep going is the passion for the process.

Palmer’s love of travel – of both new and old things – makes for mesmerizing playgrounds and homes to the characters who inhabit them. Stop by Booth #366 this weekend and meet the artist. David is easy to talk to and he’s happy to sign for you unless you’ve pre-ordered and are there for pick-ups (you also can order by mail directly from his site). His assistant, April Metcalf, is an artist in her own right and has been an important, integral part of his shoots for many years. Metcalf does hair, make-up, helps dress the models or makes masks amongst her many other talents. (Look for an article on the unsung heroes behind-the-scenes of hair and make-up – with April as the subject.) 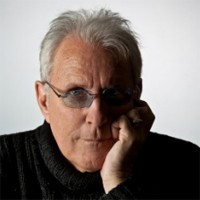 Come meet David Palmer and buy some of his artwork in booth #366 or drop in to say “hello” – I know that I will. He’ll be there to sign your artwork or you can visit his website and purchase ahead-of-time and either bring to the show or have it mailed to you.

You can both view/buy his art and listen to some songs from his Lost Demos series on his website: www.davidpalmerimages.com