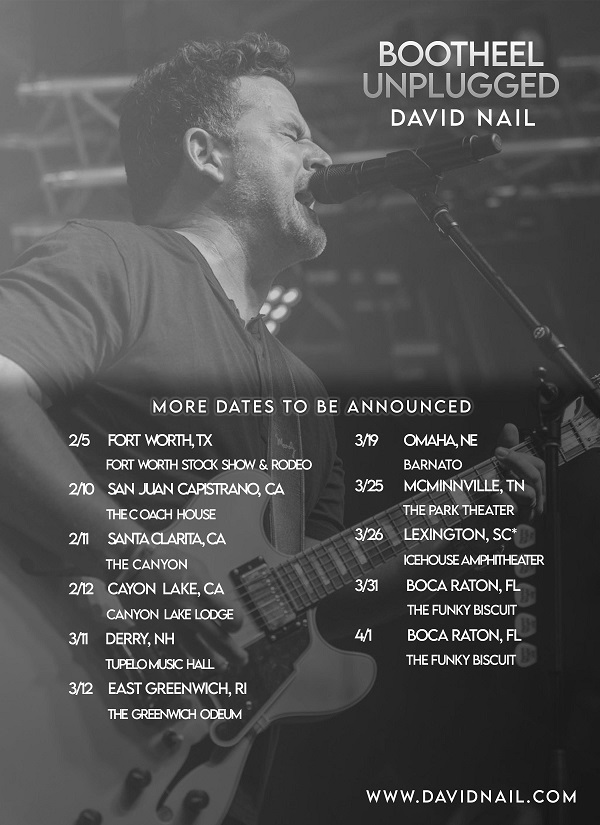 NASHVILLE, Tenn. (December 8, 2021) – David Nail has announced his upcoming “Bootheel Unplugged Tour” to kick-off 2022. Starting in February, Nail will be hitting the road for a two month run of acoustic shows from coast to coast. After the release of his Bootheel 2021 EP and a successful Fall tour, these upcoming shows will be a more personal show experience than ever before. With stops from California to Texas and Florida to New England, there are numerous chances for fans to catch the country hitmaker and GRAMMY-nominated singer/songwriter on the road. Tickets are available at DavidNail.com!

“I’m thrilled to start 2022 on the road! Playing live music is something I don’t take for granted, and I’m excited to bring a more intimate show to select cities all over the country. See y’all soon!” says Nail. 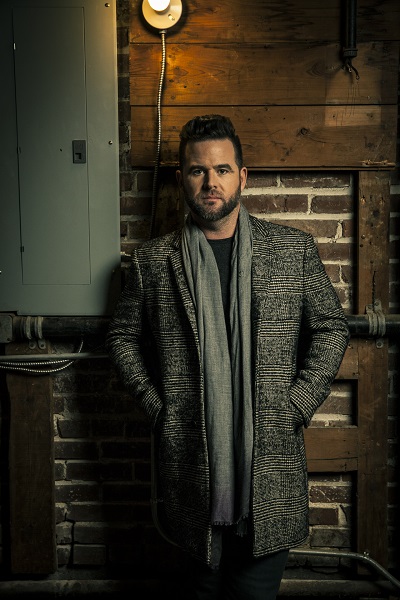 The Missouri native has been touring for over a decade and has perfected his powerful yet intimate shows. From his smash hits like “Red Light” and “Nights on Fire” to his new, more personal music off his latest projects, David’s stage presence never fails to draw in the crowd and leave fans with lasting memories of a great show. Join David Nail on his early 2022 tour and experience the show first hand. 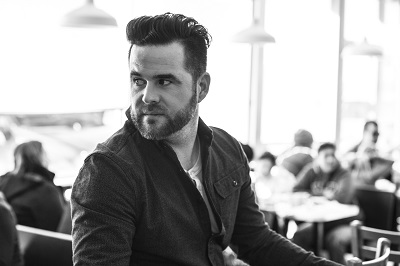 Hailing from Kennett, Missouri, David Nail is well-respected up and down Music Row. The GRAMMY-nominated multi-platinum singer/ songwriter’s early releases, I’m About To Come Alive, The Sound Of A Million Dreams, I’m A Fire and Fighter, ignited his reputation as an innovator and creative risk-taker yet left Nail feeling restless. Through dealing with his own journey of mental illness and the feeling of needing to “rebel against what people expect you to be,” Nail began making his most “organic” work to date, David Nail & The Well Ravens, with Jason Hall and Andrew Petroff. That project liberated Nail and propelled him into his next adventure. Writing solo for the next few months led to his debut solo independent EP Oh, Mother, a reflective piece of work. That release was followed by Bootheel 2020, a project dedicated to the singer/songwriter’s hometown in the “bootheel” of Missouri. Nail plans on releasing more music throughout 2021, leaving behind any self-imposed restrictions. In Nail’s own words, “My philosophy has always been, I just hope to have a good enough year that I can have a next year while staying as true to myself as I possibly can.” Find more at www.davidnail.com.