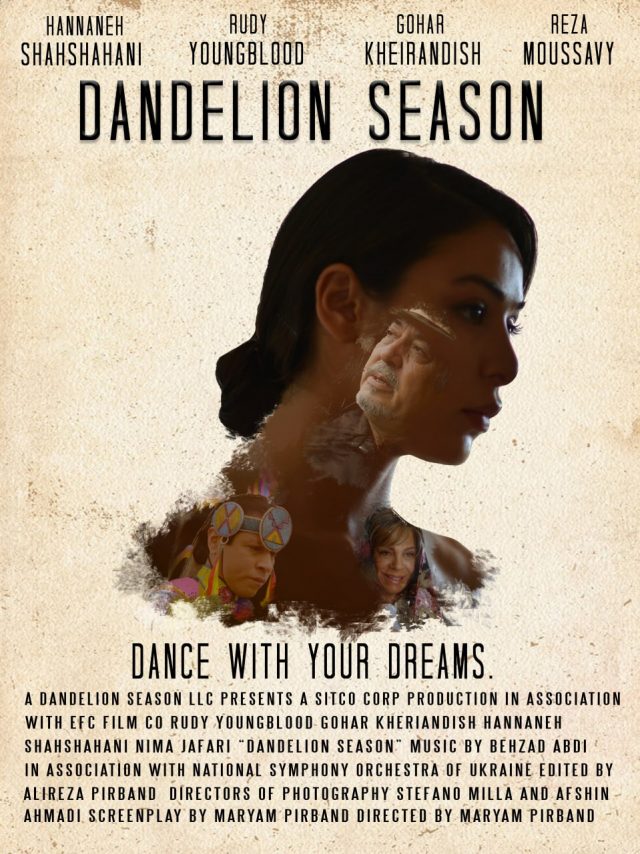 Basing her screenplay on an array of true stories, filmmaker Pirband has distilled a complex and heart wrenching story about a young woman, Hanna, and her quest for liberation and inner freedom.  Entering the United States via a wedding Visa, future bride Hanna, embraces a new world and glimpses a window to personal freedom. Although Hanna desires to be free, independent and to make her own choices, it’s a daunting dilemma. Conflicted by her traditional ties and terrified of the repercussions, she equivocates, unsure of what to do.

Finally, on her wedding day, Hanna flees, escaping her mandated fate. Both frightened and invigorated, she’s found huddling in the back of a moving van by her native American artist neighbor, Phoenix (Rudy Youngblood). Not exactly a knight in shining armor and suffering from alcoholism, Phoenix falls in love with her. His compassion and respect for Hanna stir her, and she blossoms in his love.

Under Pirband’s brave and sensitive hand, the performances are superb: Hanna Shahshanani is endearingly vulnerable and brave in the lead role. The production team is similarly accomplished, with composer Behzad Abdi’s musical score stirring all the right emotions. Dandelion Season is ultimately a universal saga of overcoming shackles of society and culture. In distilling her story, Pirband reveals, “I tried to make it less violent, to make it more believable at the same time. Unfortunately, every day in Iran, some women get killed because of these traditions. Many of them get killed because they don’t want to marry the man whom the family selected.”

Concurrently the film mirrors the fate of the lead actress Hannaneh Shahshahani, who has suffered the real-world consequences. As a model, Shahshahani was photographed in the United States without a hijab and when the photo was secretly distributed, Iran banned her from performing in movies and returning to that country; in addition, her family suffered repercussions. By casting Hannaneh Shahshahani as the lead actress, filmmaker Maryam Pirband has demonstrated loyalty to her story and women’s rights. She has placed herself in professional and personal peril: the film cannot be screened in Iran because actress Hannaneh Shahshahani is seen without a hijab.

With its showing at Cannes, Dandelion Season itself faces the same challenges of a young Persian woman who rebels against the atavistic confines of an arranged marriage. As the only filmmaker brave enough to work with Shahshahani, Pirband has stood up against the strictures of her county.

Pirband’s personal road to film-making was both unique and courageous. Because of her family’s conservative beliefs, she had to conceal her interest in acting. Although Pirband won academic laurels, it was her athletic prowess in swimming that enabled her to enter the film world. She joined a professional stunt team as the “first female performer, playing in telefilms and TV series. Her on-set experiences led to her writing and directing.

Pirband hopes that the seeds she will plant with Dandelion Season’s debut in Cannes will blossom into a full-blown career as a creative hyphenate — writer, director, producer.  In fact, the film’s controversial   subject matter and debut at Cannes might prove a blessing: its notoriety and its heartfelt storytelling will stimulate international interest and spur commercial distribution.