Dance with Films Has Plenty More Movies Between Now and Juneteenth

Time was, people wondered why Los Angeles, the movie capital of the world, didn’t have a flagship film festival. Some argued it had many. In other years, there has been a Los Angeles Film Festival, a Hollywood Film Festival and many others that have fallen by the wayside; a number of smaller festivals remain.

But now, for 2022, Los Angeles has an unlikely survivor: Dances with Films, which unspooled its 25th edition starting June 9. Hiding in plain sight at the TCL Chinese Theatre, DWF 25 has become among the country’s pre-eminent showcases of new or unusual talent across all media. Viewers will get a first chance to see filmed entertainment that might go on to a number of other festivals or to distributors.

The indie festival with the peculiar name “was created at a time when the Park City scene—aka Sundance—had so many mini fests gathering around it—like DigiDance; SlamDunk; Slamdance; TromaDance,” says co-founder Leslee Scallon. “ We thought it would be funny to be the summer film festival in Hollywood called Dances With Films.  To be honest, we were only planning on doing it for one time in 1998.  Not twenty-five!”

Filmmakers Michael Trent and Leslee Scallon, after writing, filming, and finishing their own independent film, INDEMNITY, quickly realized they didn’t have the “connections” to get their film into the industry fests that existed in those days.  “So with a brilliant idea from Michael to bring together other filmmakers like ourselves for a week-long event in Los Angeles,” Scallon recalls, “the power of the ‘unknown’ filmmakers came together to present something other than ‘star-studded’ films to the industry and the public.”

So what about the fest’s “no stars” policy? “In the beginning we were very strict about it,” Scallon explains.  “However, moving into year 25, we realize that we have alumni that are doing more and more ‘name’ involved work and so we have evolved as well.  That said, we will never program a film because it has a celebrity in it. In fact, when it has a ‘name’ it really has to be that much better. However, as we have grown in size and reputation, we receive more and more ‘name’ films and is why we created our ‘UNLEASHED’ section.”

DWF’s showing a whopping 200 films, shorts, pilots and music videos this year—all in person and half of them still to come between now and Sunday, June 19th (Juneteenth) This small sampling collectively shows the range of projects on offer.

The Critic makes its world premiere Friday, June 17. The romantic short film focuses on a reserved and cosmopolitan hotel critic whose latest review assignment turns into an adventure, when she meets a charming and mysterious golfer who discovers her true identity and offers her a proposition she cannot refuse. 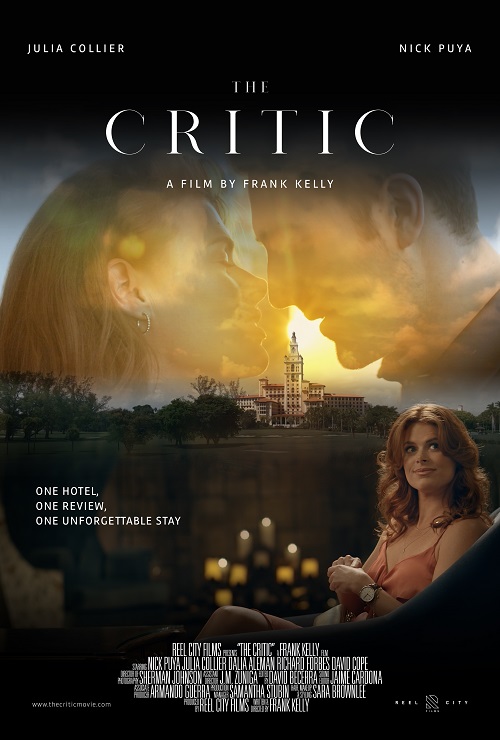 In Lodo, while retrieving his soccer ball from a cemetery’s sacred grounds, a boy falls into the mud and sinks into a trance-like state bringing about unexpected encounters, haunting dreams and an unlikely visit from his mother’s spirit. Screens Friday, June 17. 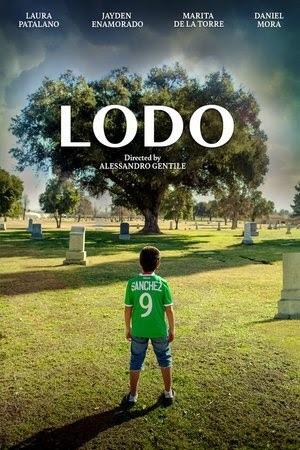 Out of Tune makes its West Coast premiere Friday, June 17. The dramedy short follows the struggle of a young black woman who has felt stigmatized since childhood by her love of the rock band Journey. 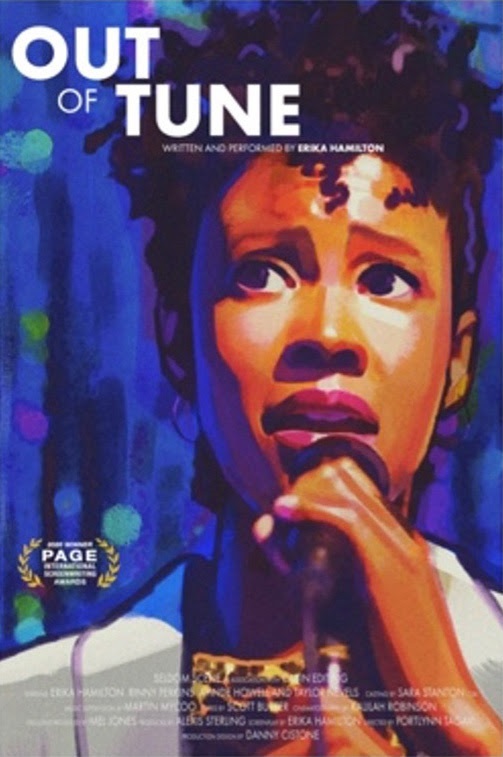 Covid-19 Ground Zero makes its West Coast Premiere Saturday, June 18. Based on true stories from frontline hospital workers in New York City, the film is a courageous, heart-wrenching account of a dedicated hospital nurse and her boyfriend as they try to make sense of the pandemic that engulfed New York and the nation amid the Black Lives Matter protests. 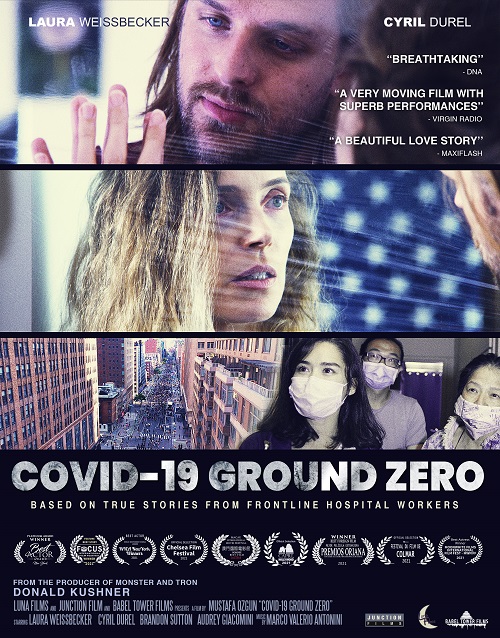 1-800-Hot-Nite makes its Los Angeles premiere Saturday, June 18. The dramatic adventure follows a 13-year-old boy who embarks on an urban odyssey with his two best friends after losing his parents in a drug raid. His journey to avoid foster care is packed with men trying to rob him, cops, a python, a fist fight, a first kiss, and phone sex as Tommy and his friends face their future. 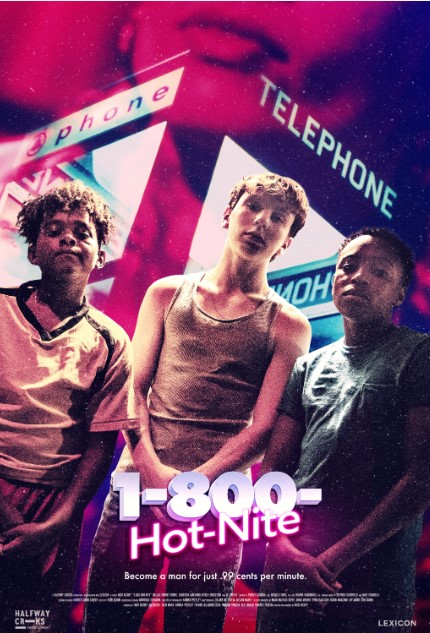 Eternal Spring ( 長春) makes its West Coast premiere Saturday, June 18. The animated documentary is a multiple award winner, about a group of Chinese activists who executed a bold and perilous plan to hack into state television when confronted with government denunciations and human rights violations against their spiritual practice. 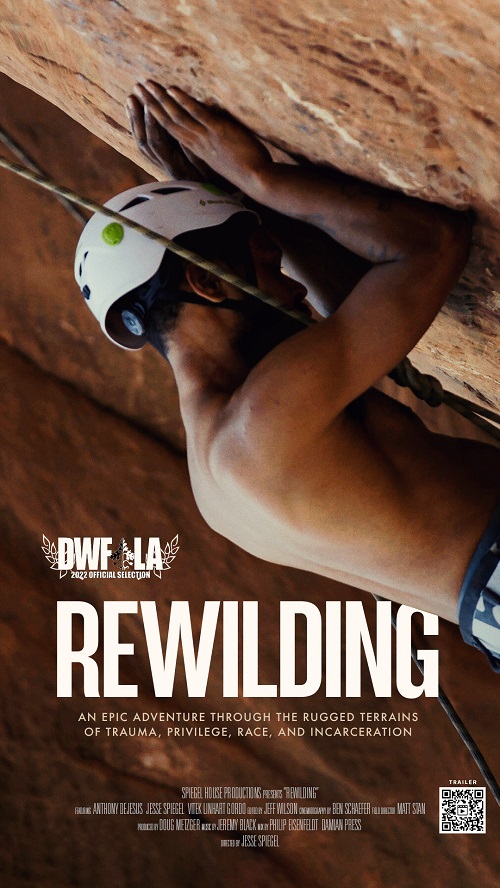 In conclusion, now’s the time to welcome DWF for what it is: a world-class showcase of new and undiscovered talent that should sit atop the firmament of Los Angeles film festivals. Looking back over the last 25 years, Scallon recalls what has changed: “Technology and distribution obviously.  Other than that though, the spirit of the independent filmmaker remains as strong now as in the beginning.  And let’s face it – good films start with good stories by great writers with good execution.  She concludes, “Since we are not a genre specific festival, we look to the heart, the voice, the style of a film, the filmmaker themselves.  There is no one specific thing” in their programming regimen. “The fact is any film can become an important one, because if making a hit film was a formula, the studios would have already figured it out.  There is always a bit of pixie magic dust that has to be there.”