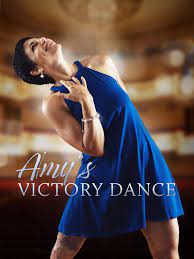 Los Angeles, CA (The Hollywood Times) 7/19/22 – Feeling sorry sometimes for ourselves is normal and natural.  Except if you are Amy Jordan. This aspiring rock star turned dancer and motivational guru has not let life’s adverse circumstances get in her way. Ever.  Dreaming of becoming everything from a rocker to a choreographer, Jordan as a girl experienced an unusual eating disorder which impaired her vision, leaving her legally blind.  In addition, she was diagnosed with diabetes type 1 at age 4. 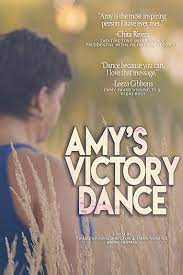 Meeting on the phone from her Upper West Side studio in New York City,  Amy Jordan shared her life story which is the basis for “Amy’s Victory Dance,” an award winning, riveting documentary helmed by Brian Thomas.

She was raised in Florida, still lives there alternating with New York City.  “Don’t get hit by a bus!” Jordan joked, referring to the accident which nearly cost her a lower limb. Jordan’s accident happened when she was in a Manhattan crosswalk.  Despite a doctor’s diagnosis to do so, she refused to have her leg amputed. “I believe in taking full responsibility for my circumstances,”

“You have to be willing to do the work, emotionally. I chant daily and am driven by pure grit. My leg has become my full time job.”  Jordan, 53, draws strength from her spiritual orientation as a longtime SGI Buddhist, a type of Buddhism. 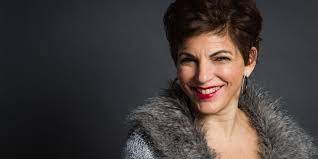 Flashback to 2015.  Emmy award-winning Brian Thomas, choreographer of Michael Jackson’s CBS 30th Anniversary Celebration, was looking for a subject for his first documentary.  Thomas was known for his work with Whitney Houston, Mary J. Blige, Usher and Liza Minnelli.

According to Jordan, “Brian was attending the School of Visual Arts in New York, and he shot a little bit about me. Stills and that. When he showed what he had, all the students and the industry professionals at the school concurred it was the film that had to be made. “Brian Thomas is nicknamed “B.T.“ 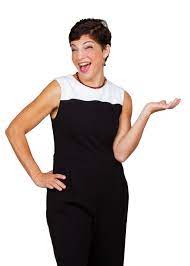 “Amy’s Victory Dance” traces Amy Jordan’s inspiring life story and choreography work including that with her Victory Dance Project. Chita Rivera star of Broadway’s “West Side Story,” “Kiss of the Spider Woman,” and other productions is one of Amy’s all time inspirations and makes a cameo in the film (along with Ben Vereen and Christopher Jackson former member of Alvin Ailey American Dance Theater and current faculty at Ailey extension). “Chita’s a total inspiration,” Jordan shared. In turn, Rivera said of her, “Amy Jordan is the most inspiring person I have ever met.” Amy Jordan traveled to the White House, and met then First Lady Michele Obama, who is also one of her role models.

“Make the impossible possible, and inspire with the power of movement” Jordan believes, telling everyone she meets “Please dance because you can.” Jordan is fond of saying, “Transform trauma to triumph.” 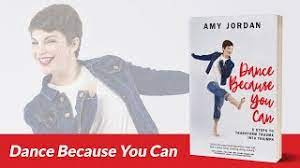 Amy Jordan is a testament to that alright. She rocks… and is a superstar!  Her website is www.amyjordanspeaks.com.  Watch “Amy’s Victory Dance” on Amazon Prime Video, Google Play, Vudu, Apple TV and You Tube.