Advertisement
Home #Hwoodtimes Danae Grandison Speaks About “Unspoken”
Facebook
Twitter
Pinterest
ReddIt
Email
—by Dr. Laura Wilhelm, LauraWil Intercultural
“This creative space is me sharing me!”–Danae Grandison
Los Angeles, CA (The Hollywood Times) 9/11/18 – Writer/director Danae Grandison is a former Miss Jamaica USA now based in New York who found her filmmaking voice as a result of gaining confidence through competition and being encouraged to take risks.  Her new 12-minute film “Unspoken” is a case in point. 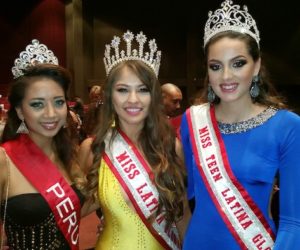 “Unspoken” is based on the 2015 book THE BED HEAD: A JAMAICAN LOVE STORY by Jennifer Grahame that explores classism and the prevalence of sexual misconduct in the West Indies.  The “love triangle” in “Unspoken” involves a man, his wife, and the female servant who unwittingly comes between them.  Both the book and the film give a rare voice to the underrepresented woman in Jamaica and around the world.
Ms. Grandison was kind enough to grant this reporter an hour-long telephone interview on Monday, September 10th, 2018.  Below are some of the high points gleaned from this congenial conversation. 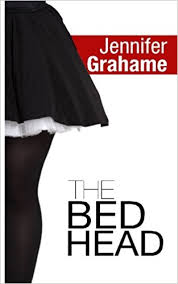 Grandison’s aunt gave her THE BED HEAD: A JAMAICAN LOVE STORY for Christmas one year.  It kept speaking to her so insistently that she felt compelled to shoot it.
Like the women characters in “Unspoken,” women filmmakers must wear many hats.  But they may be driven to communicate their unique perspectives and therefore willing to push through any challenges that appear in their paths.
Grandison believes that women may be better able to step back and take a holistic view of human stories.  Directors of either sex who connect well with their actors are more likely to succeed.

The very adaptability of women may set them up for exploitation.  Betrayals of trust like the one seen in “Unspoken” are most often rooted in a cultural context that allows even married men with money to divide their attention between many women.  The basic conflicts in the film reflect colonial ideology.

So is there a way out for the woman servant in “Unspoken?”  Is she really as trapped and helpless as she feels?  Could she, for example, emigrate to the nearby United States where she would be better protected by the laws of our land?
“Possibly,” said Grandison.  But cultural and economic barriers would no doubt appear quickly and throw even more challenges in her path.

The original Danae in Greek mythology was the daughter of the king and queen of Argos.  The king was told by an oracle that his grandson would kill him and locked Danae in a tower to prevent this from occurring.  However, the god Zeus had seen the beautiful Danae and came to her in the form of golden rain one night to impregnate her.

So the story told in “Unspoken” is a very ancient one indeed.  Women are most often victims of circumstance in a male-dominated world where even their bodies are not their own.  Perhaps it is past time to speak out about such issues!
“Unspoken” is an official selection in the Narrative Shorts category for the 22nd Annual Urbanworld Film Festival in New York where it will receive its world premiere screening on Saturday, September 22nd.  Danae Grandison and the film’s stars will speak in a Q & A session afterwards. 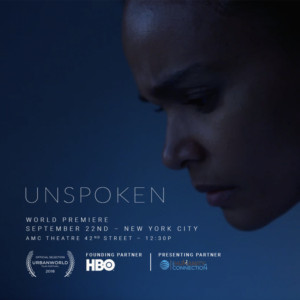 The film’s Jamaican-born cast includes actress/model Katrina Spencer, Kimberly Patterson, Jerry Benzwick, and Hector Lincoln (LAW & ORDER: SVU, ORANGE IS THE NEW BLACK, and ROYAL PALM ESTATE).  It was shot in its director’s hometown of Kingston, Jamaica.  “Unspoken” is executive produced by Danae Grandison and Dennis Smith with cinematography by Edward A. Herrera.
The Urbanworld festival, which is presented by AT & T’s The Humanity of Connection along with founding partner HBO, recently unveiled its 2018 slate of 69 official selections and seven spotlight selections representing inclusion beyond ethnicity.  THT wishes “Unspoken” and its director Danae Grandison all the luck they deserve and hopes to see them in LA someday! 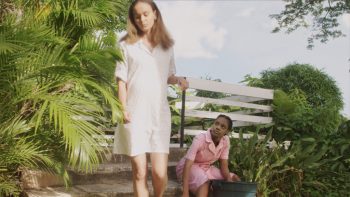