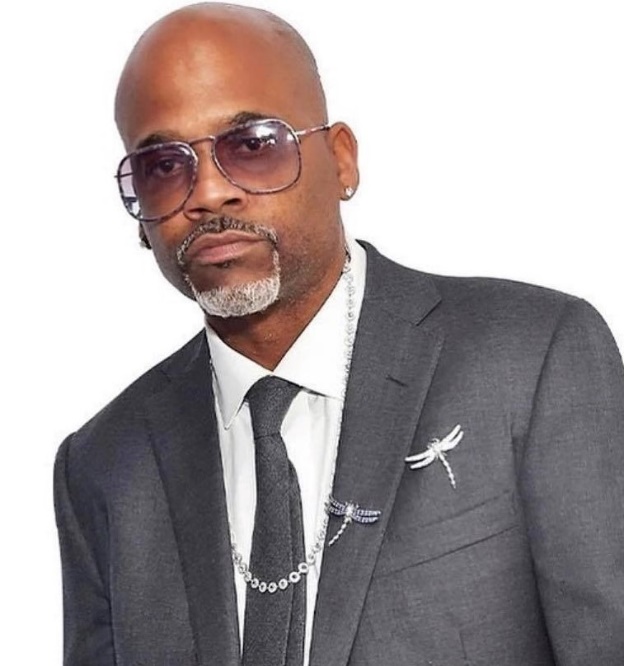 In this eclectic interview with entertainment journalist and ALLISON INTERVIEWS podcast host, Allison Kugel, Damon Dash shares his unfiltered thoughts on what caused his late mother’s untimely death, his sex life with partner Raquel “Rocky” Horn, his plant-based lifestyle, being proposed to by fiancée Rocky, the Astroworld tragedy, living with PTSD, being a self-professed stoner, and making his employees attend weekly therapy for their mental health.

The following are excerpts from internationally syndicated columnist Allison Kugel’s latest podcast episode, featuring Damon Dash. The interview is available for re-publication in its entirety, or in select quotable excerpts.

On getting triggered by Astroworld tragedy:
“This stuff happens. It happened with Puff at the 1991 City College Basketball Game stampede. I was there and seven people died. They got smothered. I saw that happen. I actually lost friends in situations like that. I would hope that it’s not intentional. I feel sorry, it’s a tragedy and a terrible thing. I don’t know the homeboy (Travis Scott), but those things have happened, yes, and I’ve been a part of those kinds of tragedies. I’ve seen what it looks like to see people get smothered in the confusion and the chaos that comes with it, so I actually know what it feels like to be in that situation, but at Puff’s event I was in the stands and I got in early, but they all got stuck in the staircase and shit.  I lost my friend from school. Her name was Dawn and she died at that basketball game.

“That is why you have to be conscious of things. I would not have brought my kids to that festival, that is one thing I would not have done. So when I hear about children dying, I think, ‘Why was a nine-year-old there in the first place?’ I have nothing but compassion, but at the end of the day, please don’t take your little children, during Covid, to a concert where there are a bunch of adults who you know are going to be high. I’m telling you that happened 30 years ago still sticks with me. Whether I got affected or not, I got affected. I lost people and I saw people lose their life. Please do not take your children to a concert or a festival unless it is for children. If you know there are going to be drugs, do not take them. When my daughter says she wants to go to a music festival, the answer is ‘no’ right now. And if it’s during Covid, do not go.”

On bad food and bad conditions in Black urban areas:
“I think it’s brilliant that the enemy used that as warfare and how long it has affected us as Black people. Now that we are aware of it, we should just break the program. They know how to keep us in a place of distress, keep us unhealthy, keep us arguing with each other, keep us struggling, keep us hating each other. They make us actually eat to escape the life we hate. It’s what we eat when we come out of the church, while we are worshiping their God. The worst food is usually at the church, right? So, they give us that food to eat after they have given us that religion; and that is the reason most people are depressed. I just think it is a grand scheme. Unless we are happy with being unhappy, why would we not change it? The only way to change something is to do it differently. You have to make a change to be a change. So, what is the change going to be? If you want your circumstance different you have to do it differently. So what is your different? Are you going to eat differently?  Think different? Are you going to love different?  Are you going to love yourself differently? It has to be different to have a different outcome.”

On food deserts, bodegas, and inexpensive junk food in many neighborhoods of color:

“Growing up, there was always a grocery store, but what was always more readily available was that quick little fix. I always ate from the bodegas. That’s my point, I would go to the bodegas instead of going to the grocery store because instead of spending ten dollars I could spend one dollar. I would end up buying potato chips and buying what I could get for that dollar. It’s short fixes and unhealthy, but would get you through the day, every day, all day, for a lot of people’s whole life.”

On his fiancee Rocky proposing to him with a ring:

Dame Dash:  I loved it. It was beautiful. She had already accepted my engagement. We’ve asked each other to marry each other so many times, but it’s my tax problem. We are almost there. We have a baby and we are so in love. It just goes without saying. We want to get married, but I just have to get my taxes right, and we would probably be married already if it hadn’t been for Covid. I tried to get married so many times in Vegas, but Rocky said her mother would kill her. We are very untraditional people, but with traditional sensibilities.”

On PTSD and therapy:
“I still have [PTSD]. I have it from a lot of things. That is why I talk to a therapist. I have a show on my network called Healing is Gangsta. I have had a lot of trauma that I have had to deal with. Being from this culture is traumatizing. Being a woman in this culture must be doubly traumatizing. People think that is normal and it’s not.  You can’t let your normal be unhappy and uncomfortable. I did an experiment a week ago and thought, ‘Let me just see how it makes me feel if I internalize what is bothering me for a couple of days.’ I felt terrible and thought, ‘I’m never doing that again.’ For me, if I’m bothered I want answers right now.  I’m not internalizing anything, because it causes cancer. If we have stress that we are internalizing, it is going to make us sick inside. If I had to hold everything that I feel I would be miserable.”

On why he smokes weed every day:
“I really believe weed is healthy and cannabis.  I’m part Anunnaki and I know the Anunnaki’s brought weed to this planet and beer. No, I’m a stoner. I have more patience when I’m smoking. I’m easily triggered. Because I think the rest of the world is dumb. They’re slow and I just don’t have time because not many people are cut from the same cloth as me and I repeat to understand it.  I can’t judge people because they are not as evolved, I just have to stay away from them..”

“I think I’m more aware.  I don’t know why but I’ve had a heightened level of awareness of self-worth since the day I was born. So, I know I come from a royal lineage I just know I’m meant to be a king and treated like one”

He provides therapy to his employees/creative team:
“When I care about people, I need to make sure they are all alright, or I won’t be alright. I’ve always had a therapist come to see the people I work with because I do things differently and I have to make sure they all understand that. My method is different, and they shouldn’t be offended when someone gives them some sort of constructive criticism. If you’ve never done it this way before, sometimes anxiety comes from the unknown.  Making people do things they’ve never done before is very scary to people. I always make sure there are therapists on deck.”

On his biggest problem with most people:

“My problem with people is they don’t dream. They don’t visualize what they want their life to look like, very specifically, they just let life come to them, and they are in a nightmare and it’s because you’re living in someone else’s dream.”

About Entertainment Journalist Allison Kugel
Allison Kugel is a syndicated entertainment and pop culture columnist and author of the book, Journaling Fame: A memoir of a life unhinged and on the record. To date, she has interviewed 300+ newsmakers from film, television, music, world events, and popular culture. Follow her on Instagram @theallisonkugel and AllisonInterviews.com. Tune into the ALLISON INTERVIEWS podcast on Apple Podcasts, Spotify, and YouTube.