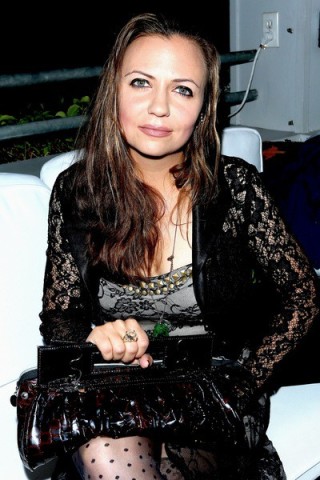 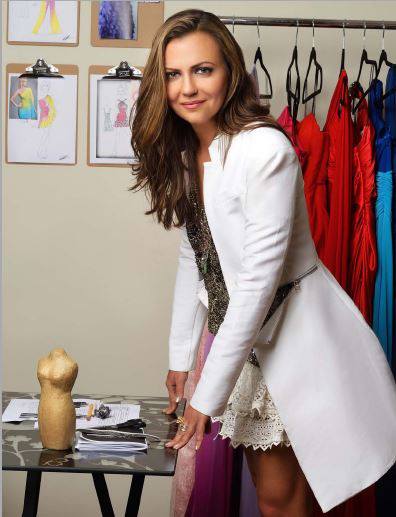 Hollywood, CA (The Hollywood Times) 8/26/19 – Her clothes sell out of Nordstrom and Macy’s. Her gowns grace A-list red carpets all over Hollywood. And she’s managed to ally herself with so many causes that, in her own words, “there’s too many to list, because everything we care about right now is at risk.”

Simply put, designer-to-the-stars Dalia MacPhee is the definition of success in the cutthroat world of high fashion. But MacPhee transcends even her own incredibly competitive industry. She’s an innovator in ways you couldn’t begin to imagine. Her melding of technology and high fashion to create handbags that change color via fiber optics or cheekily lit-up jeans; her flame retardant blankets with built-in GPS for horses and dogs; and her jackets for orphaned elephants in Africa, who lack the necessary warmth they’d typically receive from a mother. 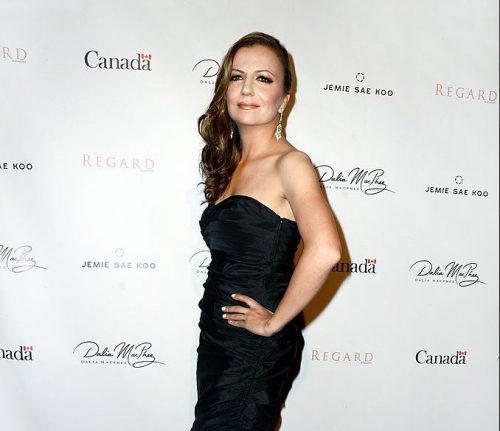 MacPhee manages to stand sharply apart from the crowd, in an industry known for its capacity to outdo itself in outrageousness. She seems to have left the “outrageous” out of the equation. Everything for this socially conscious designer has a purpose.

I first met her on the rooftop at the W Hotel. She’d donated her time, fashions, and energy to “A Midsummer Night’s Dream,” Ashley Allen’s perkily, sincere fashion show supporting sobriety (#soberissexy). 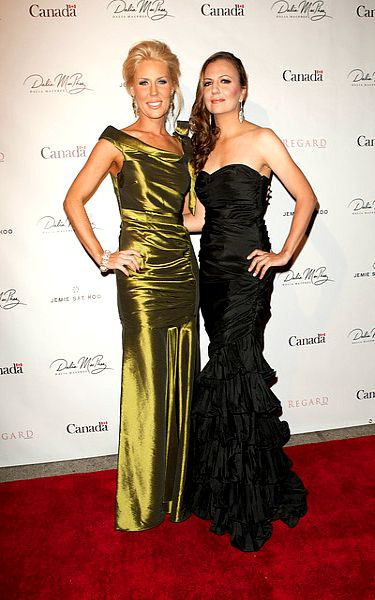 Post-show, MacPhee took the time to show THT’s editors pieces from her rack. Each piece had a story. There was the time her innovative “light up jeans” set off an airport security panic, post-9/11. There was the time a crazed, would-be model let herself into a couture gown during New York Fashion Week, and MacPhee had to negotiate her out of the dress with minutes to hit the runway.

As MacPhee gently hands over her “children” to be inspected, it’s impossible not to note the astounding attention to detail; the innovative genius behind each piece’s purpose; and the incomparable quality of her sartorial artwork. She is an indisputed master at her trade, and if the finicky red carpet queens of the entertainment industry capital aren’t enough validation, there’s also the fact that she’s been in major department stores for decades. 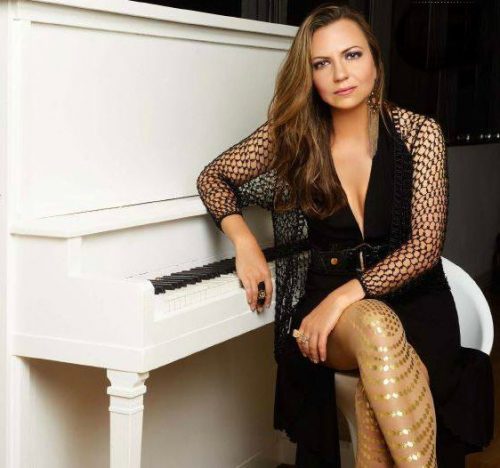 MacPhee has known her calling for a long time. “I was around 20 when I got the bug,” she said in an interview. “I was studying pre law when I had this defining moment where I realized if I continued in the direction I was going professionally, I would be  killing a part of my soul. Sometimes you have to sacrifice security for your dreams.”

That’s exactly what she did; although her talents in textiles wouldn’t leave her without a steady income for long. Pure determination moved her to act. “I’ve always had a great love affair with fashion,” she said. “So, I  created a small capsule collection of evening dresses, used some airline miles to travel to a trade show,and I hustled. One year later my brand could be found in a few thousand stores and most major department stores.”

For a constantly evolving mind like MacPhee’s, though, hitting the department stores just wasn’t enough. Fashion, she believes, must serve a greater purpose.  “There is so much more our clothing and accessories can be doing to improve our experience, health, and safety,” she said.

“I’ve always been fascinated with technology and innovation, and my dream is to continue to make stunning pieces that not only look great, but provide and do more for the people wearing and using them.”

In a TED talk in 2016, she introduced the world the notion that “every good idea has it’s time.” She’s intimately familiar with the idea that good ideas can come too early. Her spectacularly innovative fiber-optic premium pant designs were carried by Macy’s in 2004–but, alas, they were a bit ahead of their time.  “That’s the thing about ideas—every good one has its time,” she said. “With technology moving so quickly, the world has finally caught up, and I strongly believe the time is now.”

Several products to be released in the next two years are proof positive of her genius. The aforementioned Equisafe blanket (a fully fire retardant horse blanket with built in GPS) is among them. The inspiration for this product came from a personal place. 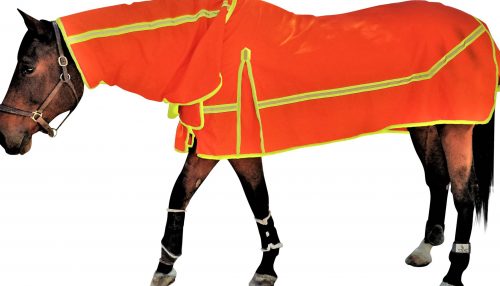 “I grew up riding and competing in hunters and jumpers and still actively train and compete,” she said. “My heart broke when I watched live coverage of the hundreds of horses running loose in a panic at San Luis Rey Downs during the lilac fire.  I kept thinking, we’re living in the age of technology, we have to do better. When my own horse was affected by the Calabasas ﬁres a few years ago the ﬁre department actually told us to either turn the horses loose, or hose them down so they “BURN” slower.  That was one of the worst days of my life.”

Very luckily, Dalia’s horse made it out. But she wasn’t going to let that narrow escape be the end of her concerns. “Horses have given me some of the best memories of my life, and it’s time to give back,” she said. “So I got to work and created the patent pending Equisafe Blanket.”

The mindblowing product consists of a  proprietary fabric that is fire retardant and heat resistant, with optional 4g GPS that works in over 200 countries. It’s been tested and rated according to human standards. MacPhee also has a new design for dogs, which she plans to unveil this year. It’s all part of her overall plan to protect who she calls “our amazing four-legged friends.”

“We have a saying in the jumper world; ‘throw your heart over the jump and follow it.’ I’m doing that right now with my innovation.’”

Giving back is something she’s incorporated fully into her life experience. Along her journey, MacPhee says, she’s been fortunate enough to have some incredible mentors that helped her get to the place of success she currently enjoys. So, among her many fashion shows and camera flashes, causes and events, MacPhee makes time to mentor as well.

“The greatest gift we can give another human being is hope,” she said. “It seems like such a small thing, but just one voice can change a person’s life.” MacPhee waxes philosophical often, and it’s one of her many charms.  She loves a phrase in the Talmud: “The person who saves one life saves the entire world. “If each of us saved an entire world, imagine the universe we would be living in?” she said.

As for the celebrity appeal of this success story, MacPhee certainly isn’t lacking. She’s sworn to silence on some of the secrets she’s been privy to in dressing some of the world’s most prominent celebrities. But, she does offer this tidbit: “I’ve dressed countless celebrities, some of the most famous  people on the planet,” she said. “And yet almost all these women found something to criticize about themselves when looking in the mirror. Isn’t that fascinating?

We have to change how we as women are programmed,  and instead of criticizing, start celebrating all the things we see in the looking glass.”

MacPhee is no novice at making women feel beautiful. Her meticulous handiwork is the stuff of royalty. They’re the kind of dresses that make a woman suddenly remember who she used to be–or who she dreamed of being one day. No wonder celebs clamour to wear her designs. Each one is a glinting dream, floating in and out of your mind, across the runway, through a crowded room. You try to grasp the image it and hang on to it, but the thing you most remember is how the piece made you feel. And that’s a feeling you want to take home with you.

All this beauty can come with chaos.  There was the time she dropped her samples into a busy intersection and was determined to save each and every one. The time Fedex accidentally swapped her Spring collection for a shipment of cakes, right before New York Fashion week.

Then, a crowning moment: the time Donatella Versace stopped to watch a fashion shoot she was conducting in the street. “I was so incredibly flattered,” she said. “But also gave her this look like ‘don’t get any ideas!’” Naturally, MacPhee would be protective of her life’s work; her monumentally creative ideas; and her outstanding presentation of those ideas. It can become a  headache, the high-speed ins and outs of it all. But in the frenetic world of fashion, MacPhee escapes and finds peace in being completely present.

Finally, I’ve come full circle with MacPhee, and she tells me her favorite causes.

Meantime, this remarkable talent has things in the works. Always new, forward-thinking things. Vegan fabrics, incredible new prints, and innovation that she says “might actually blow your socks off.” I wouldn’t be surprised, but if those socks have anything to do with MacPhee, they will be highly fashionable socks, with technology and humanity infused into them.

It’s just the way she works.