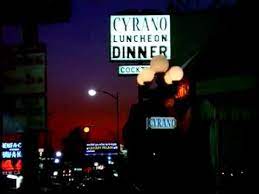 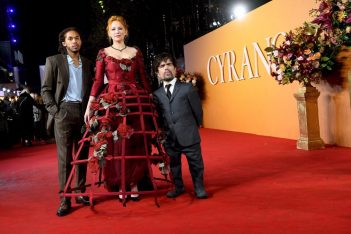 West Hollywood, CA (The Hollywood Times) 12/12/21 –This reporter was thrilled to attend a theatrical screening of United Artist Releasing’s CYRANO, an all-new musical version of the 1897 drama in verse penned by the esteemed French playwright Edmond Rostand.  Previously CYRANO was staged by Goodspeed Musicals in Connecticut.  The screening took place on the evening of Saturday, December 11th, 2021 at the Harmony Gold Preview House located at 7655 Sunset Boulevard. 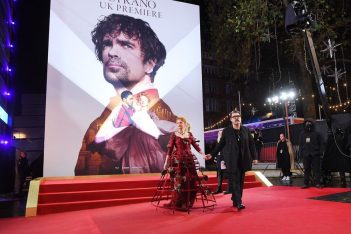 The musical stars Peter Dinklage, Haley Bennett, and Kelvin Harrison, Jr. as Cyrano, Roxanne, and Christian, three romantically-minded citizens of seventeenth-century France trapped in one of the world’s most tragic love triangles.  Cyrano and Christian famously join forces to create the ideal lover for Roxanne by putting the disfigured Cyrano’s winged words at the service of the dashing but inarticulate Christian. 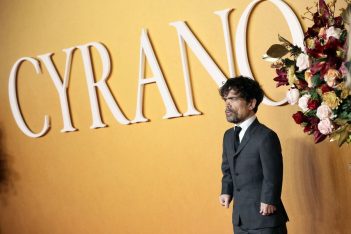 For obvious reasons, Cyrano has always been very popular with us ghostwriters!  We perfectly understand the joys of expression coupled with the agonies of discretion embodied in this singular poet.  Panache, meet pathos! 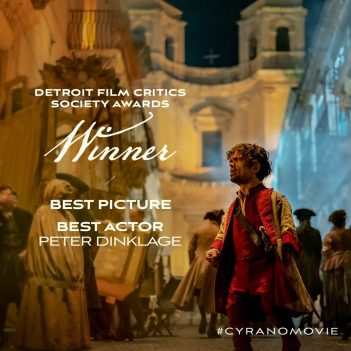 Peter Dinklage’s Cyrano lacks the enormous nose of his predecessors.  The dwarf actor’s short stature still makes him a “freak” in the eyes of all save for Haley Bennett’s Roxanne, Cyrano’s compassionate cousin.  But Cyrano’s wit, charm, and way with a sword still command respect even when they cannot inspire love. 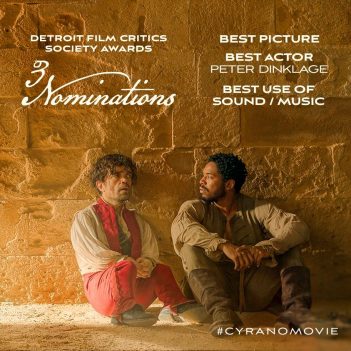 The screening of CYRANO was followed by an in-person conversation with stars Haley Bennett and Peter Dinklage plus director Joe Wright and screenwriter/executive producer Erica Schmidt.  Peter Dinklage and Erica Schmidt have been married since 2005 and have two children.  The panel was moderated by Jenelle Riley, the Emmy-winning Deputy Awards and Features Editor from VARIETY. 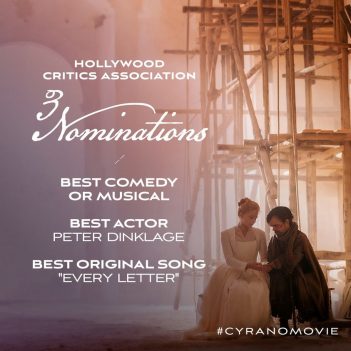 CYRANO DE BERGERAC has already been made into many films, operas, and ballets.  This enduring masterpiece of world literature stands alone for not belonging to any particular school or movement in French literature.  What does this new CYRANO film add to the play’s long and distinguished legacy?

Erica Schmidt thought that her unusually sympathetic rendering of Christian returned some dignity and nobility to a character whose sincere heart is often outshone by Roxanne and Cyrano’s intellectual sparkle.  As might be expected from a modern female screenwriter, Roxanne is portrayed as an independent woman with more agency than her late nineteenth-century predecessor.

“I’m nobody’s pet, no one’s wife, no one’s woman,” Roxanne sings in “Someone to Say”.  Cyrano and Christian represent HER brilliance and HER beauty.

A musical was something of a stretch for megawatt star Peter Dinklage, who won Emmy and Golden Globe Awards for his performance as Tyrion Lannister in HBO’s celebrated series GAME OF THRONES.  “We all sound like Aretha Franklin in the shower!” he jested.  Less musical experience may have added more to his characterization as it revealed the vulnerability beneath all of Cyrano’s clever bravado.

In any case, CYRANO will soon be coming to theaters near you in January 2022!  The soulful soundtrack is already available for holiday season gift lists.  Recorded at Abbey Road Studios, it was written and composed by Bryce and Aaron Dessner of Grammy-winning American rock band The National with lyrics from the band’s Matt Benninger and composer Carin Besser.