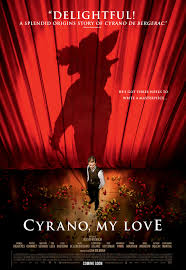 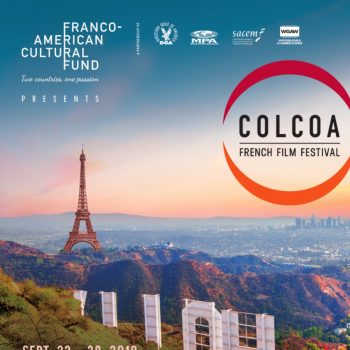 West Hollywood, CA (The Hollywood Times) 10/10/19 – “I have a different idea of elegance.  I don’t dress like a fop, it’s true, but my moral grooming is impeccable.  I never appear in public with a soiled conscience, a tarnished honor, threadbare scruples, or an insult that I haven’t washed away.  I’m always immaculately clean, adorned with independence and frankness.  I may not cut a stylish figure, but I hold my soul erect.  I wear my deeds as ribbons, my wit is sharper than the finest mustache, and when I walk among men I make truths ring like spurs.”–Cyrano de Bergerac in Édmond Rostand’s 1897 play of the same name.

Picture it: you are not yet thirty with a spouse and two small children to support and bills to pay.  Though a writer, you haven’t written anything for two years.  What would you do? 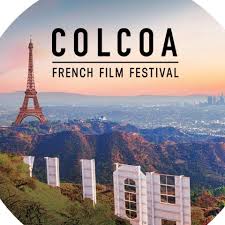 When faced with this dire situation in 1897 Paris, the neo-romantic French playwright Édmond Rostand valiantly offered to write a new play which no one believed in.  He had only the title: Cyrano de Bergerac.

The real Cyrano de Bergerac was the stuff of legend, though his short life has been poorly documented.  Cyrano’s bold and innovative work was part of the libertine literature of the first half of the seventeenth century.  This writer was also a duelist of some renown.

Édmond Rostand’s Cyrano was to become one of the most beloved tragicomedic figures in all of European literature.  Though Cyrano is brilliant and dashing, his face is permanently disfigured by a huge nose that causes him to hide his love for cousin Roxane.

Instead, Cyrano puts his winged words into the mouth of a dull-witted captain of the guards named Christian for whom Roxane confesses her love.  Only at the end of the play when Cyrano is at death’s door does Roxane realize that these words of love belonged to him and not to the handsome Christian.

Alexis Michalik’s new film CYRANO, MY LOVE (2018) takes a closer look at Rostand’s fantastically hurried composition of his fabled play about Cyrano.  The film was screened on the afternoon of Saturday, September 28th, 2019 at the week-long COLCOA Film Festival taking place at the Director’s Guild of America located at 7920 Sunset Boulevard.  The film will open on October 18th.

If you think the concept of CYRANO, MY LOVE begs comparison with SHAKESPEARE IN LOVE (1999)–you would be right!  Michalik waited 15 years to make a similar kind of movie in France.

Cyrano de Bergerac was the greatest success story of French theater–and also the last success story.  It came about just before the arrival of cinematography, meaning that films were then produced rather than plays.  This fact makes CYRANO, MY LOVE all the more compelling for us lovers of both plays and films.

In fact, the film started off as a play called EDMOND (2016) authored by Alexis Michalik that has thus far enjoyed a successful four-year run in gay Paris.  So the super impressive polish and panache of Michalik’s first feature-length film come as somewhat less of a surprise.

In CYRANO, MY LOVE Michalik wears three well-plumed hats as writer, director, and actor, flamboyantly playing the role of foppish French playwright Georges Feydeau.  “It was either him or Chekhov!” Michalik said from the Renoir Theatre stage after the film was screened.  The small but significant role of Anton Chekhov, one of the greatest Russian writers of the time, was instead enacted by Micha Lescot.

Olivier Gourmet, Mathilde Seignier, and Tom Leeb all have challenging dual roles as the actors (Constant Coquelin, Maria Legault, and Léo Volny) who first portrayed Cyrano, Roxane, and Christian in Paris.  Maria was about twice the age she should have been to play the innocent Roxane and is by far the funniest character in this farce as she literally disappears from stage at key points in the production.  Mathilde Seignier’s own reputation for brash outspokenness apparently made this perfect casting choice all but inevitable.

Rounding out the spirited ensemble are Thomas Solivérès as Édmond Rostand and Alice de Lencquesaing as his wife Rosemonde, who in real life was a poet who assisted him in writing the play!  For dramatic purposes Rosemonde is here embodied by two different women, the other being a fictional character named Jeanne (Lucie Boujenah) who serves as Édmond Rostand’s Muse and many other things for the run of the play.

The most celebrated member of the audience for Cyrano de Bergerac’s historic first performance is stage legend Sarah Bernhardt (Clémentine Célarié).  Watch for her and a breathtakingly beautiful convent scene during the play’s last act at the end of the film.  “The queen of the pose and the princess of the gesture”, as Rostand called Bernhardt, sits next to an eloquent fictional character named Monsieur Honoré (Jean-Michel Martial) who helps to inspire the play.

These “artisans of the ephemeral” never cease to make the show go on no matter what sorts of roadblocks appear in their path.  The result is a film that feels almost like an Indiana Jones roller coaster ride.  Forget about former stultifying experiences of period costume dramas and just strap on your seat belts!

CYRANO, MY LOVE’S elaborate film credits contain video clips from famed performances of Cyrano de Bergerac as well as vintage photos of the main historical figures.  So be sure to stay in your seats after the curtain call to see them!

At COLCOA, CYRANO, MY LOVE was given the American Students’ Award voted exclusively by a jury of seven students from local area high schools and colleges.  So clearly the film is finding an audience with viewers of all ages and there can be no excuse not to see it.

CYRANO, MY LOVE was produced in France and Belgium with English subtitles.  Its American distributor is Roadside Attractions.  It has a running time of 113 minutes.

About the COLCOA Film Festival:

COLCOA stands for City of Lights, City of Angels.  The COLCOA French Film Festival presents an eclectic array of the latest French productions, showcasing the vitality and the diversity of the third largest film industry in the world.  All films are presented for the first time in Los Angeles, including U.S. and North American premieres.