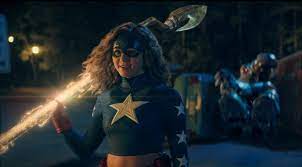 Los Angeles, CA (The Hollywood Times) 8/7/21 – The CW, a network known for cutting edge, sci-fi work, remade Marvel’s Stargirl. Stargirl is about high school student, Courtney Whitmore
(portrayed by Brec Bassinger), who takes on villains. While the CW focuses on social justice, the CW also focuses on themes such as family, and this is evident in Stargirl. 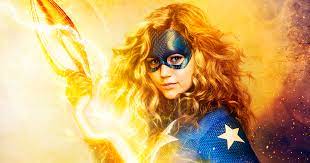 One example of how Stargirl depicts family is through Yolanda’s character (portrayed by Yevette Monreal), the show highlights her relationship with Catholicism, and, by extension, her relationship with her family. Reporter Eric Amaya notes, “Yolanda’s confessional scene was so unexpected, as you rarely see religious content on superhero shows. Could you speak about
introducing Yolanda’s faith . . .?”; in response, Monreal explains, “Sure. I mean, I feel like going back to it, from the very start, Yolanda’s just really huge on her Catholicism. I mean, her
family’s approval is everything. And she was very liked by her peers, she was very liked by her principal, you know, everything, so I think once she makes that mistake, she really just wants to
feel like her family has her back. I think everyone goes through those mistakes, and not exactly like what Yolanda did, but everyone has those mistakes. And I feel like she just wanted her
family to have her back. Once that didn’t happen, she found that family through the JSA. And it’s funny because I really relate to that personally. My mom is very much like my parents’ characters. She’s very hardcore. She’s very traditional. So, I feel like it brought a lot of truth to the show. And yeah, Geoff, you did amazing. We love what you did.” While Monreal mentions that there are parallels to her own family, Yolanda’s Catholicism is an expression of her character’s relationship with her family. 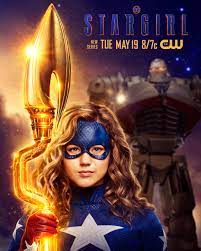 While some characters on the show describe their relationships with their families, the stars of the show also highlight their own family’s importance. When discussing her character, Barbra, actress Amy Smart notes, Yeah. I mean, I think the biggest challenge is them moving back to Nebraska as this newly formed family and trying to make a somewhat normal life there for themselves. And, you know, dealing with having a stepson, my daughter having a new dad. 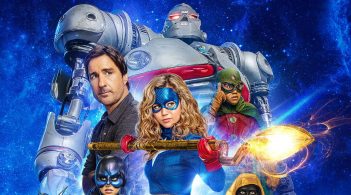 There’s just so many family dynamics and trying to keep the balance of being a mom and a daughter. And then obviously so much goes on in the first season where Barbara’s completely oblivious to it. Her instincts and her intuition knows something’s not right, but she has to continue to just go with what she knows, which is not much in the first season. Which is really fun for the second season, because then she becomes privy to everything going on, and part of the team, in a way. But as far as being a parent, from my personal experience, parenting is so hard. 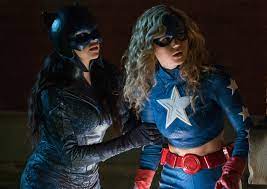 There’s just so many challenges. Your children are constantly challenging you. And it makes you look in the mirror so much and see where your own weaknesses are and your patience. And so, I think with Barbara, she has really great intentions for her daughter and her stepson, and also trying to balance her being a woman and a wife and creating a home. So, I think with Barbara, there’s just so many layers of trying to balance life and be a good mom and role model.” Thus, in the act of parenting, Smart notes that her personal experiences as a parent mirror those of her character.

Family is a theme in CW’s Stargirl. One way this theme is  explored is through how characters navigate their religiosity, like in Yolanda’s case. Other times, this thing is explored through parenting and experiences with children. Thus, in addition to CW’s avant-garde approach to social justice, the network’s shows also cover more traditional topics like family.