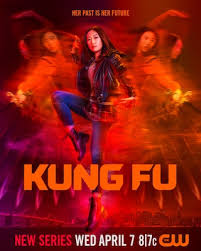 Advertisement
The CW network is known for producing avant-garde and science fiction television and its emphasis on the surreal, but it is also known for its edgy storylines that emphasize diversity. Its new series, Kung Fu, blends diversity with martial arts in a storyline that centers around protagonist Nicky Shen (portrayed by actress Christina Kim), who is trained in martial arts, fights criminal forces in her neighborhood, and navigates a challenging family life. 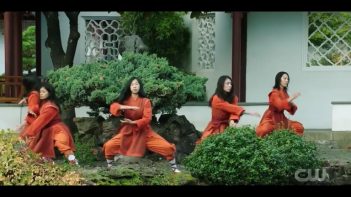 Kung Fu makes strides in both Asian representation and social justice since AAPI communities are not often on screen. As Kim mentions, “In the original series, the lead actor was not Asian, and for me, it was really important that we change that. And for myself as a woman, I really wanted a strong female Asian lead who was kicking butt and was the role model that I wished I had growing up. So I was really excited to do all those things in our show.” Initially, the original show focused on a White man as its main protagonist (although it did introduce American audiences to Buddhism); however, in this new version of Kung Fu, a woman of appropriate race is able to represent martial arts and Eastern culture. As actress Olivia Liang explains, “I think the timing of our show is really impeccable.  So much about representation and inclusion is not so much that we, as Asians, need to see ourselves represented on the screens, but we need to be invited into people’s homes who don’t see us in their everyday life, just to humanize us, to normalize seeing us and to remind them that we are people just like they are and that we have a place in this world, and hopefully having our show in their homes will expand that worldview for them.” 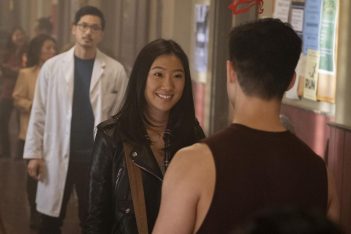 This show comes as an increase of violence has recently been occurring against Asian and Pacific Islander communities. Lead actress Christina Kim mentions, “I’ve watched the pilot. It’s really amazing and it’s amazing to see a majority Asian cast telling an Asian story. But given the news out of Atlanta yesterday, I just wanted to give you guys space and time to share what it means to you in the context right now of what we’re doing with the Stop Asian Hate movement, just to speak out of that, if you feel the need to, or feel bad or have something you want to say there because I think that’s an important conversation for all of us to be having and supporting right now.”
In line with The CW’s mission that focuses on social justice, Kung Fu centers on those issues. Actress Kheng Hua Tan explains, “I think at its core Kung Fu is all about social justice, and episode after episode you see every single character trying to rise above their own inhibitions or fears to do what is right. You see characters of all ages and all walks of life trying to work together to do what is best for the community. It doesn’t come easy, and the characters go through many challenges in order to find what it is that works as a group. But I’m hoping audiences that actually see characters like the ones represented in Kung Fu will find the inspiration to maybe adopt that and do that for themselves in their real lives.” As Tan suggests, Kung Fu focuses on both social justice and community uplift, especially as the characters encounter challenges.

Kung Fu will highlight aspects of representation that was missing in the first iteration of the series. Along with the social justice aspect of the show, the actresses mention the importance of being able to “see oneself” on screen. Ultimately, the show will be able to showcase diversity, and will ultimately be able to feature storylines of family, community, and relationships, which also speak to the human condition.