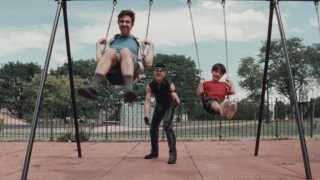 The Rock and The Ripe Productions

“He moved to the Big Apple to GROW UP!”

“We all strive to be somebody, to be loved, wanted, and finally, just accepted for who we are not who people want or expect us to be.”

Nominee: Innovation Award from the Inside Out Toronto LGBT Film Festival 2019

A 26-year-old kid from the Midwest moves to New York City to find hope and self-discipline through his friendship with a precocious 6 year old and the adult superhero Leather-Man who is conjured from a psychedelic cupcake.

Mark Blane is a New York based actor, writer and filmmaker from Indiana. His first feature film Cubby, a narrative coming of age dramedy played International Feature Film Competition at the 34th Edition of the Torino LGBTQI International Film Festival in April 2019. The movie will play Inside Out Toronto, Mostra Fire in Barcelona, among other festivals in 2019.

He has written narrative commercial campaigns for Max Mara (Amy Adams), Stuart Weitzman (Zoe Saldana) and worked under Rosie O’Donnell, Kevin James, and Michael Moore. Blane was Co-Writer and Archival Producer on Oscar® nominated director David France’s documentary, The Death and Life of Marsha P. Johnson, which was sold to Netflix Originals after a premiere in Documentary Competition at Tribeca Film Festival 2017. Indiewire called it “a murder mystery, brilliantly fusing an archival history with the elements of a detective story.” New York Magazine called it “shattering” and Rotten Tomatoes put the doc on it’s Top 40 Best LGBT Films of All Time. The doc was nominated by GALECA for Best Documentary in the Dorian Awards.

His 2012 book and play The Rock & The Ripe sparked controversy in depicting true stories of queer teens who had committed suicide.

A mother and her son are driving to Manhattan in NYC from Indiana. Mark has a new entry level job as a gallery receptionist. His mother seems so overpowering and overprotective of Mark that sending him off Mark goes into the core of the big apple…alone, to fend for himself is a daunting task.

Mark moves in with his friend Noah-Gregg, one name for the Ying and Yang balance, you know, the twin “G’s”. But Mark always knew him as just Noah. Go figure.  Mark seems riddled with OCD and reminds me of MONK. Mark meets a new friend, a young boy, Milo, who he babysits for. Russell meets Mark and tells him about a book club, but Mark is an adult child and little drawings appear around the people we see as “he” sees them.  He’s on medications, a controlled substance but as Mark sees it, he controls how much he takes.  Let’s discuss Mark, shall we. He starts eating with his hands like my son used to do when he was oh, 3?  Mark is an artist who draws pictures of men’s penises, men in leather, and men, in general.  It’s something that he’s obsessed with. 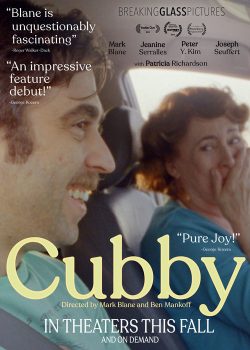 Milo’s mom speaks to Mark about scheduling playdates for Milo to help his cognitive development, but this is probably more for Mark, than Milo.  Problem: Mark is out of pills and Brianna, Mark’s roommate and helps to “calm” by giving him a cannabis infused cupcake.  Hold on horsey! Mark is trippin’, man!  Then Leatherman appears! Who is Leatherman? Well, let’s just say, he found a “magazine” under his mother’s couch when he was a kid and he was about men in the alternative lifestyle. That was the tipping point for Mark. Hence, Leatherman.

Mark was late to pick up Milo and that was not good for Mark. Being a child, Mark, is still developing…but with Milo, Mark is learning something. There’s an old Zen Buddhist saying that goes like this: “When the student is ready the teacher will appear; When the teacher is ready, the student will appear and sometimes that person is you!” Milo and Mark are teacher and student and one and the same. Mark lives in a child’s world. They are exploring life together as Mark helps Milo understand that he’s a unique individual.

At the book club, Mark and Russell sit together and they read and as they read, Mark’s living what they’re reading in his mind. Russell is African American and a cool dude sort of reminds me of Sam Wilson/Falcon from the Avengers. OK, back on point.  Leatherman and Mark discuss what makes Mark feels safe and the image of Leatherman morphs into a drawing of Russell. Is that who Mark secretly thinks about? You’ll have to wait and see.

I loved this film especially seeing Mark free to be the child he is but seeing Mark be who he is. Mark is trying to grow up and never has.  Mark is conflicted and for him, his true self is suppressed. He’s an artist who is obsessed with drawing pictures of men and penises but when one of his drawings is found by Milo’s mom and dad on the back of a picture Milo made, well, things really go south for this poor child and I’m not speaking of Milo. 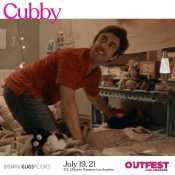 Again this is about identification and who we really are. Mark is the only “sane” adult in the room of kids, and I don’t mean Milo’s friends, I’m talking about his roomies when tensions finally go over the rim.  It’s only when Brianna identifies with Mark that the two of them connect on a much more personal level.

Production Company: The Rock & The Ripe