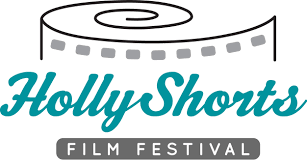 The pandemic has been hard on everyone, but has also allowed some talented people to get creative and thrive. This is the case with husband and wife writing team Carolyn Bridget Kennedy and Richard J. McRae, who were able to accomplish creating this project even while living so far apart. They are excited to announce their TV comedy pilot script “InFirm” is an official selection at the Oscar®-Qualifying HollyShorts Film Festival.

Kennedy and McRae were already practiced hands at living an online marriage before the pandemic hit. Kennedy, an award-winning actor, filmmaker, and comedy and improv maven spends most of her time in Los Angeles, while McRae remains at their home in Canada. “We spend our free time on FaceTime – making and eating meals, watching tv and movies, and even doing crossword puzzles together”, said Kennedy. “We are writing partners and because the script writing software Final Draft has an online collaboration mode we can write together in real time.”

When Covid hit, everyone else sought to maintain a connection with the world beyond their homes by going online. This included Emmy® award-winning writers, Jonathan Stark and Tracy Newman, who offered an online pilot script writing class for burgeoning writers who had already created a first draft. Their guidance, and that of the class, over the next year helped Kennedy and McRae polish and finish the Pilot for their TV Comedy Series “InFirm”.

“InFirm” is a series centered around Victoria, a corporate lawyer whose career is cratering, when she inherits her father’s high profile personal injury law firm and must decide if she is going to sell it or make a change in her life and join the band of misfits and oddballs (lawyers and clients alike). Kennedy, a paralegal for over 20 years, and McRae, a practicing personal injury lawyer of nearly 30 years, who originally met while working at the same firm, use their experience as inspiration for the series.

Since earning accolades from this and other high profile film festivals, the writing couple has received inquiries regarding literary representation. “InFirm” has also garnered interest from producers and networks for development. Kennedy and McRae continue their collaboration with several other projects in various stages of development.

The annual HollyShorts Film Festival saw over 5,000 submissions for its 17th edition. The 2021 festival will take place both in-person at the TCL Chinese 6 Theatres and virtually on Bitpix between September 23 – October 1, 2021. Over 300 films will play throughout the festival. Winners will be announced on Friday, October 1, 2021 along with the three Oscar®-Qualifying categories, Best Short Film, Best Live Action, and Best Animation Short. Kennedy and McRae will be walking the red carpet together.