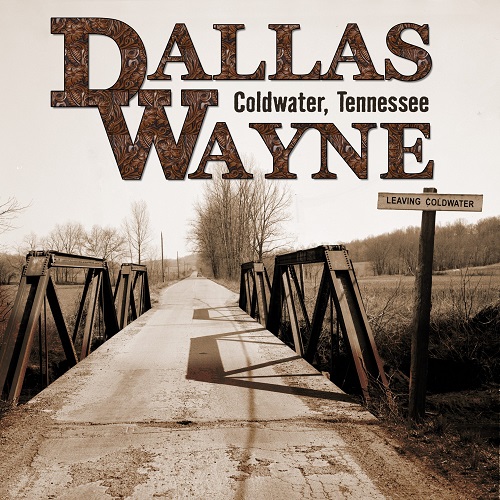 SiriusXMs (Willie’s Roadhouse and Outlaw Country) host Dallas Wayne will be releasing his new album, “Coldwater, Tennessee” on April 22. He has already released his first two singles, “I Hit The Road (And The Road Hit Back)” and “He Even Brought Her Flowers” (With Bill Anderson).  The album was produced by Buddy Cannon.

Los Angeles, California (The Hollywood Times) 04/21/2022 – “The song ‘I’m Your Biggest Fan’ is one of those spooky songs that are just plain fun to write,” said Dallas. “Sometimes you just gotta let your mind go to the dark side for the sake of the story. I remember while I was writing the song I found myself giggling with every line, thinking to myself, this is getting kinda creepy.”  Shares Dallas Wayne.

Dallas’ album contains a song called “I’m Your Biggest Fan” it is about a fan who truly takes things overboard in the fan department and when the “artist” is given flowers by the fan, the fan finds them in the garbage and says “you’re sure making it hard to be your biggest fan.” Dallas wrote this song with Connie Smith in mind as she is the greatest female country singer in his opinion. That being said, he has talked about this….but this morning we were talking and he said “you can’t write a love song without a girl in mind….you can’t write a song like this without an artist in mind….he even said the only thing that separates the two is a restraining order…” This I found hilarious, says Dallas Wayne’s publicist Scott Sexton.

“Dallas Wayne’s single ‘I’m Your Biggest Fan’ is a true country song that no other songwriter could have put on paper. I imagine most singers, may have, one time in their life, had the experience of a stalker type fan. So leave it to Dallas to write and sing about it.  You Go Dallas!”

“Dallas Wayne’s acoustic version of this song is haunting and captures your attention.  Your mind is captured to truly listen to every single word!” Judy Shields, The Hollywood Times

I thought it was so cool that Stephen King wanted to use Dallas’ song “I’m Your Biggest Fan,” off his new album “Coldwater Tennessee,” about a stalker on his podcast. Dallas tells that story in our interview.

I had the opportunity to catch up with Dallas Wayne, who I truly enjoy listening to on SiriusXM’s Willie’s Roadhouse Monday through Friday from 9a – 3p Pacific Time and every Sunday morning from 7a – 9a Pacific Time.

Put on your headphones, grab a drink of choice and enjoy our conversation and laughter:

Here is an acoustic version of the song. Enjoy!

Dallas’ second single being premiered today is “I’m Back and Lonelier Than Ever.”

“This is one of my favorite songs in my songwriting catalog because it exemplifies the fragility of the human condition,” said Dallas. “The song tells the story of a man who was hopeful about the prospects of something new that didn’t quite pan out, and he finds himself back where he started, falling into the same old traps.” Dallas Wayne shared with us.

“When a country song starts off with the steel guitar you know its going to be a great traditional country song.  Yet another traditional country song written by a true country music songwriter named Dallas Wayne.  The words hit a chord in my life as I have taken chances on love, fell hard and was hurt and fell right back into Loneliness.  We all might just be able to relate to this well written song of Dallas Wayne.” Judy Shields, The Hollywood Times

“I’m Back and Lonelier Than Ever”

Dallas Wayne new album Coldwater, Tennessee will be released today, Friday, April 22! You can now order CD copies from his Gift Shop and stream the first two singles off the project on Spotify,  Apple Music and Amazon Music 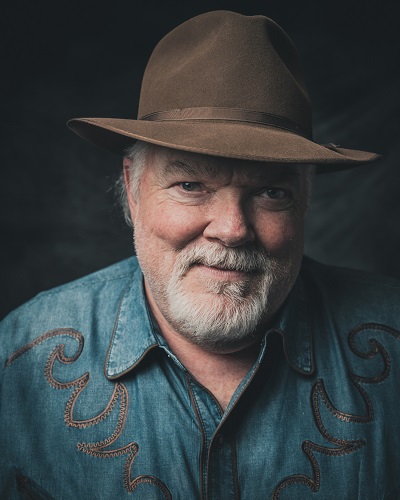 Dallas Wayne considers himself lucky to be able to make a living doing something he loves. Some people might say it has more to do with talent than luck. A native of Springfield, Missouri, Dallas is a singer, songwriter, radio DJ, voice-over artist, actor and music producer. He released his most recent album, Songs The Jukebox Taught Me Volume 2, on the Heart of Texas Records label in June 2018. Stay tuned for information about the new album project Coldwater, Tennessee coming soon!

Dallas has performed throughout North America and Europe, releasing 12 albums of his own, and performing on various compilation and band recordings including the honky-tonk supergroups Heybale! and the TwangBangers, as well as a Grammy-nominated bluegrass album. He began performing professionally while in school before moving to Nashville, where he developed his vocal style singing demos for the top music publishing houses and started songwriting. While touring Europe in the early 90s, Dallas signed a record deal and soon moved to Scandinavia where he was a staff songwriter for Warner/Chappell Music. After four years living and touring in Europe, Dallas returned to the U.S. and signed with HighTone Records.

He currently lives in Bristol TN/VA, the Birthplace of Country Music.

But as with every legendary story, there were bumps in the road. In 2005, Wayne lost his eyesight in one eye and was looking as if he might lose his remaining one when he came face to face with the realization that he would have to divert his career into something new. And soon after, SiriusXM came a ‘calling, and Wayne embarked on a chapter of his life that even he didn’t see coming.

Today, the voice of SiriusXM’s Willie’s Roadhouse and Outlaw Country routinely brings in listeners throughout North America that are eager to hear his stories and revel in the country music of yesteryear. Yet, at the very same time, Wayne also found a way to continue adding to his musical legacy with albums such as Songs the Jukebox Taught Me, Volume 1, and Volume 2, along with multiple trips to the stage of the Grand Ole Opry and appearances on Larry’s Country Diner and Country’s Family Reunion.

And now, with the help of legendary producer Buddy Cannon, Wayne brings Coldwater, Tennessee to the table — a new album of all-original material. Inspired by songwriting masters such as Bill Anderson, Harlan Howard, Hank Cochran, and Willie Nelson, Wayne’s music provides a new generation of country music lovers with the ultimate playbook showcasing the sound of traditional country.

Dallas got his start in radio in 1989, drawing on his many years as a performer. He solidified his radio career when he joined Outlaw Country on Sirius Radio in 2005. A year later he accepted a position at KHYI 95.3 FM in Dallas, Texas, where he served as Program Director and morning drive-time DJ until the end of 2007. After the merger of Sirius and XM in 2008, Dallas became On-Air Personality and Associate Format Manager for the Texas-based honky-tonk channel Willie’s Place, which later became Willie’s Roadhouse. 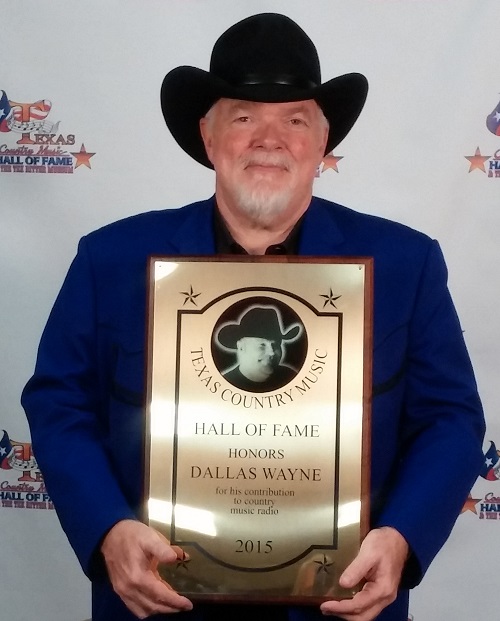