NASHVILLE, Tenn. – The Country Music world mourns the loss of one of its’ most distinctive song stylists with the passing of Don Williams after a short illness. He was 78.

A native of Floydada, Texas, Williams was born May 27, 1939. He grew up in Portland, TX, graduating there in 1958. Music had always been a part of his upbringing, entering – and winning – a talent contest when he was just three years old. For his efforts, Williams received an alarm clock. He began playing guitar during his teen-age years, learning the songs that he heard on the radio during that period. He and his friends played in local bands around the area, and he wed wife Joy Bucher on April 10, 1960.

To support his family – which would grow to include two sons, Gary and Timmy – Williams worked at a number of odd jobs, including oil field work, and also as a bill collector. While living in Corpus Christi in 1964, he formed the folk-styled trio The Pozo Seco Singers with Lofton Cline and Susan Taylor. They stayed together for seven years, with their biggest hit being “Time.” After the group disbanded in 1969, Williams soon found his way to Nashville. By 1971, he had a songwriting contract with the publishing company owned by Jack Clement. The next year would see Williams ink a recording deal with Clement’s JMI Records.

He made his chart debut with “The Shelter of Your Eyes” in 1973, and was soon hitting the charts time and again with a much more laid-back sound than a lot of the music coming out of Nashville at the time. 1974 would see Williams top the charts for the first time with “I Wouldn’t Want To Live If You Didn’t Love Me.” From that point all the way through 1991, each Williams single would hit the Top-40 on the Billboard Country charts. His 1970s hits included such chart toppers as “Tulsa Time,” “She Never Knew Me,” and “It Must Be Love.” His career grew steadily through label shifts to ABC / Dot, MCA, Capitol, and finally RCA. Williams also gained a devoted following overseas in such unlikely spots as England, Ireland, and New Zealand , and even South Africa and Kenya – where he reached superstar status. He was named the Male Vocalist of the Year by the Country Music Association in 1978. Though known for being very low-key and soft spoken, Williams did make two movie appearances – 1974’s W.W. and The Dixie Dancekings, and 1980’s Smokey and the Bandit II.

The 1980s saw no slow down in Williams’ recorded output, with the singer notching his biggest hit with 1981’s “I Believe In You,” which not only topped the Country charts, but crossed over to No. 24 on the Hot 100. By this time, he had earned the nickname “The Gentle Giant” for his trademark mellow sound, and the hits continued to pile up throughout the rest of the decade – “Stay Young,” “If Hollywood Don’t Need You,” and “One Good Well” being three of his biggest of the 1980s. His final top ten came in 1991, with “Lord Have Mercy On A Country Boy,” a song that Josh Turner – a Williams fan – would record in 2006. Though the changing of the guard at radio slowed down Williams’ chart success, he continued to perform for sold-out crowds in America and abroad, playing a final tour in 2006.

However, retirement was not in the cards for the singer, who returned to the road in 2010 – the same year that he was inducted into the Country Music Hall of Fame. Williams’ return to the spotlight also included a pair of albums on Sugar Hill, 2012’s And So It Goes, and 2014’s Reflections, which included contributions from Alison Krauss, Vince Gill, and Keith Urban. It was a sign of his enduring appeal that both albums hit the Top-20 on the Billboard Country Albums charts – his biggest rank there in three decades. In 2016, Williams decided that the time was right for his final performance, calling it a career after one of the most successful careers in the history of the Country Music business.

“It’s time to hang my hat up and enjoy some quiet time at home. I’m so thankful for my fans, my friends and my family for their everlasting love and support,” the 76-year-old Williams said in a statement at the time. Last year also saw the final release of Williams’ career, a live CD and DVD recorded in Ireland.

In 2017, the singer was the subject of a tribute album, Gentle Giants: The Songs of Don Williams, that included performances of his hits by artists such as Lady Antebellum and Garth Brooks.

Don Williams (born May 27, 1939) is an American country singer, songwriter, and 2010 inductee to the Country Music Hall of Fame. He began his solo career in 1971, singing popular ballads and amassing 17 number one country hits.

His straightforward yet smooth bass-baritone voice, soft tones, and imposing build earned him the nickname: “Gentle Giant” of country music. 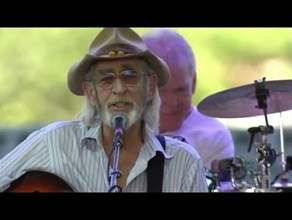 After the Pozo-Seco Singers disbanded, Williams briefly abandoned the music industry and got a job working for his father-in-law. Soon, however, Williams resumed his career in music. In December 1971, Williams signed on as a songwriter for Jack Music Inc. In 1972, Williams inked a contract with JMI Records as a solo country artist. His 1974 song, “We Should Be Together,” reached number five, and he signed with ABC/Dot Records. His first single with ABC/Dot, “I Wouldn’t Want to Live If You Didn’t Love Me,” became a number one hit, and was the first of a string of top ten hits he had between 1974 and 1991. Only four of his 46 singles didn’t make it to the Top Ten.

“I Believe in You” is a 1980 single written by Roger Cook and Sam Hogin and recorded by Don Williams. “I Believe in You” would be Don Williams’ eleventh #1 on the country chart. The single stayed at #1 for two weeks and spent 12 weeks on the country chart. It was his only Top 40 chart entry, where it peaked at #24. It was also hit in Australia, New Zealand and Europe.

Early in 2006, Williams announced his “Farewell Tour of the World” and played numerous dates both in the U.S. and abroad, wrapping the tour up with the “Final Farewell Concert” in Memphis, Tennessee at the Cannon Center for Performing Arts on November 21, 2006. Playing to a full house, the final event was well received and quite emotional for fans in attendance.

In 2010, Williams came out of retirement and was once again touring. 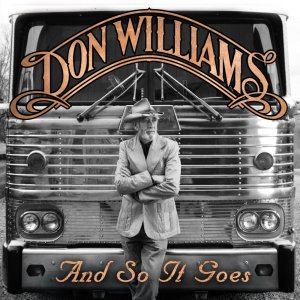 In March 2012, Williams announced the release of a new record And So It Goes (UK release April 30, 2012; US/Worldwide release June 19, 2012), his first new record since 2004. The record is his first with the independent Americana label Sugar Hill Records.[5] The record includes guest appearances by Alison Krauss, Keith Urban, and Vince Gill.

To accompany his latest album release he embarked on a UK Tour.

In March 2016, the Pensacola News Journal reported that Williams had announced he was retiring from touring and cancelled all his scheduled shows. “It’s time to hang my hat up and enjoy some quiet time at home. I’m so thankful for my fans, my friends and my family for their everlasting love and support,” the 76-year-old Williams said in a statement.

His music is also popular internationally, including Great Britain, Australia, Ukraine, India, Cameroon, Nigeria, Ghana, Kenya, South Africa, Sierra Leone and Zimbabwe. On February 23, 2010, the Country Music Association announced that Don Williams was to be inducted into the Country Music Hall of Fame