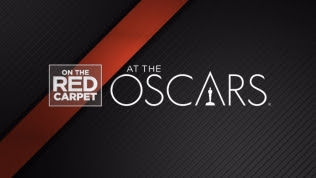 ‘ON THE RED CARPET AT THE OSCARS® 2021’ BROADCASTS LIVE FROM UNION STATION LOS ANGELES ON SUNDAY, APRIL 25 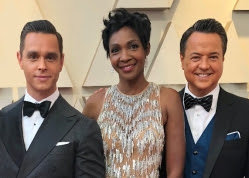 The pre-show features fashion with supermodel Roshumba WIlliams and Jovana Lara taking a close look at this year’s designs, trends and fashion from the red carpet. Rachel Brown is teaming up with fashion expert Lawrence Zarian to give real people red carpet makeovers; Tony Cabrera will preview the Academy Museum; while Karl Schmid will be live in Downtown Los Angeles where he will premiere a short film, “Moving Forward” directed by Daniel Malikyar featuring the new S-Class from Mercedes-Benz..

Veronica Miracle and Jory Rand will host a fun social media interactive segment, where they will track celebrities’ social media accounts live, sharing highlights of the Academy nominees’ social accounts and activity as they prepare for their night at the Oscars.

Viewers will enjoy a unique interactive experience with the Swarovski Crystal Ball Quiz, plus get “Fast Facts” sponsored by Spectrum Mobile in the post-show.

This year’s OTRC shines a light on diversity through “Oscar Voices” which looks at representation and inclusion. Highlights include the following:

Disabilities in the Spotlight looks at representations of how the disability community is changing in Hollywood and how more often the actors portraying characters are living with disabilities themselves. Viewers will see interviews with past Oscar winner Marlee Matlin and Jack Jason – both executive producers of the nominated short film “Feeling Through,” and nominees Riz Ahmed and Paul Raci from “Sound of Metal.”

Latino Representation features interviews with Mexican sound engineers Jaime Baksht, Michelle Couttolenc and Carlos Cortes who are nominated for “Sound of Metal.”  Film critic Carlos Aguilar talks about the need for greater Latino representation this year and some of the movies he feels were overlooked.

The evening does not end after the speeches and the awards. The night includes two “After the Awards” events. 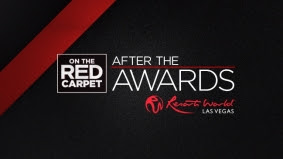 George Pennacchio will host “On The Red Carpet After The Awards presented by Resorts World Las Vegas” (9:00-11:00 p.m. PDT). Film critics Claudia Puig and Tim Cogshell will join Pennacchio to analyze the results of the evening. The show’s presenting sponsor, Resorts World Las Vegas’ segment “What’s Next?,” will discuss the future of this year’s Oscar nominees. Viewers will hear from FX’s “Pose” star Billy Porter in a pre-recorded interview discussing the impact of “Pose” on society and the final season of the hit drama series. Supermodel Roshumba Williams and Jovana Lara return to critique the red carpet fashions of the star-studded evening and reveal “On The Red Carpet Best Dressed” winners. 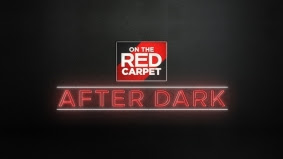 “On The Red Carpet After Dark” (11:35 p.m.-12:00 a.m. PDT) – Entertainment correspondents will recap the Oscar events, from red carpet interviews to winners and fashion. During the recap show, viewers will get a special look at the all-new Virgin Hotels Las Vegas.

This year, “On The Red Carpet” will air across ABC Owned Television Stations and ABC affiliates, garnering over 60% U.S. coverage with added international coverage.

ABC7 Los Angeles is Southern California’s No. 1 local news and information source. ABC7 is a leader in digital and social audience engagements and was the first station in the Los Angeles market to regularly broadcast news in high definition and also the first local television station in the United States to surpass 3 million Facebook followers. The station’s offices and studio are located in Glendale, California.