Campus of UCLA, Los Angeles, CA (The Hollywood Times) 3/9/2020 – Recently at the Royce hall Auditorium on the campus of UCLA, Nat Geo TV hosted an evening where they premiered the much-anticipated third installment of the legendary space documentary series Cosmos.  This new season, entitled Possible Worlds, airs its first episode tonight on the National Geographic Channel at 8pm.  Once again, famed astrophysicist Neil DeGrasse Tyson will guide our journey beyond even our own imagination to present us with the possibilities of the future of humanity billions of years to come.  New worlds, new suns, and new technologies are all revealed to us from the discoveries of space agencies around the world. Far-reaching theories about our evolution are revealed through a visual adventure of vibrant colors with textures down to the most minute detail.  Yet the brilliance of the Cosmos series is how they take these incredible theories, that boggle the mind with their scale and complexity, and bring them back into our current realities that get us to focus so clearly on what matters most in our global society here today.  Led by the visionary and singular, special vision of creator and co-executive producer Ann Druyan. Carl Sagan’s original philosophy that drove the creation of the first Cosmos series carries forward through his widow with this new series that allows us to believe in the unbelievable. 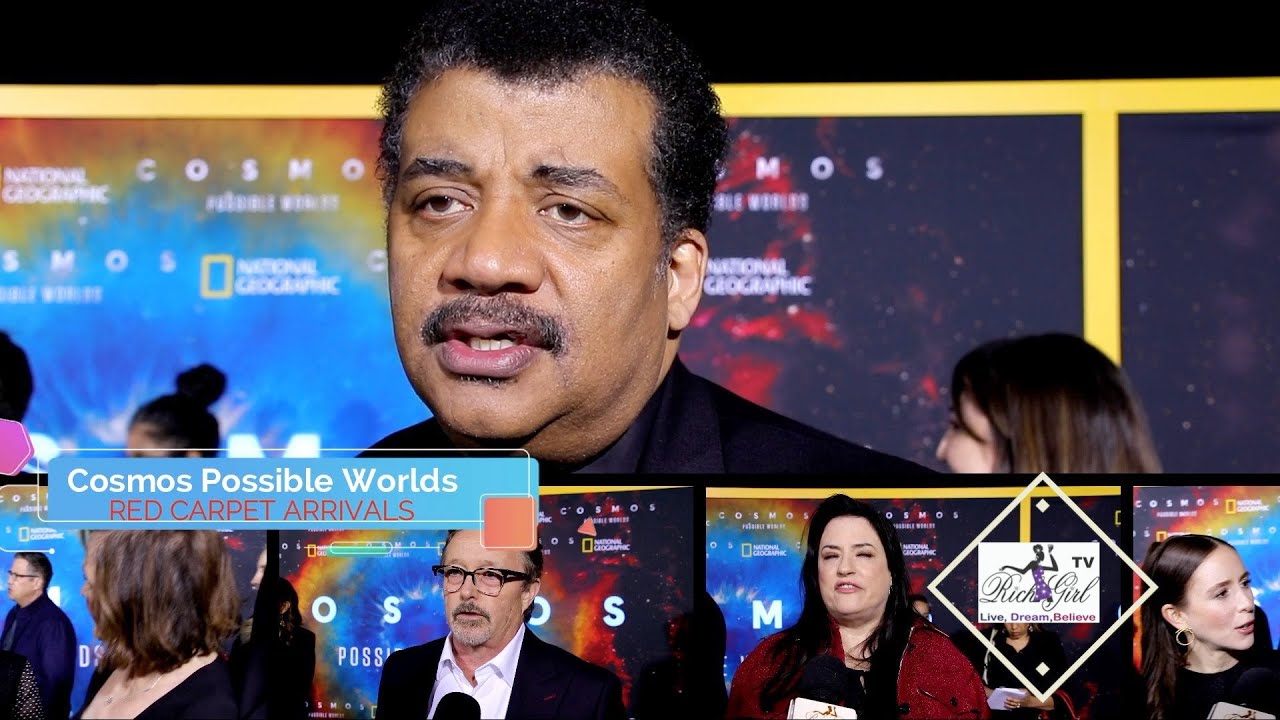 The gathered audience of scientists (including Bill Nye among others), press and astronomy enthusiasts were treated to the first ever screening of an episode of the upcoming series.  It was actually episode 2 as Ann revealed to THT in our brief conversation at the after-party. Then Ann and a panel of seven in total talked at length about the years-long process that it took to go from research to writing to production to the final product we saw that night.  Neil DeGrasse Tyson was quick and happy to point out that even he, with his expertise, was forced to educate himself in so many other scientific disciplines that were brought to bear in the discoveries and information that Cosmos: Possible Worlds presents.  That process of learning led Neil to the brilliant revelation that he shared with us that separating the sciences is the wrong idea.  So many disciplines in sciences conduct their work in a vacuum and focus so much on their particular work that they fail to even give respect to the other sciences.  They begin to develop a hubristic viewpoint that their science is the only one that matters, or at least matters most. But Ann Druyan’s masterpiece shows that the sciences must unite.  For, all scientific phenomena take place in conjunction with one another not in separate vacuums of time or space. That conjunction is brilliantly displayed through the amazing story that Cosmos: Possible Worlds tells of the discovery and settlement of all the islands of the Pacific Ocean.  It is this story, one of the most impactful segments of the episode, becomes the basis of the proof of how we might one day be able to explore and navigate the galaxy just as these ancient people did in the Pacific.

Along with Ann and Neil, co-executive producer Brannon Braga (of Star Trek fame) shared some of the challenges and discoveries the team themselves encountered along the way.  Himself an able scientist in his own right, Braga revealed that many of the theories once used as part of the futuristic, science-fiction wonder of Star Trek were part of the fabric of research and information they used in Cosmos: Possible Worlds.  Shot in over 11 different countries combined with visual effects to rival any blockbuster movie, endearing yet accurately depicted animations of ancient human societies and events, and the guiding narration of Neil DeGrasse Tyson combine to bring the wonder and inspiration of Ann’s storytelling to life.

Ann Druyan herself, the most soft-spoken person on the panel (helped by a touch of laryngitis) actually spoke the loudest with each word of wisdom she said.  Her simple ability to remind us of the best of ourselves by finding the stories from our past and present that show what truly matters is the living heartbeat of the series that fueled the energy and passion of everyone on the production team to deliver on the same level as her stories demand.  Giving us all just a 1-episode taste of the series was enough to send us all home believing just a little more in what our future could be so long as enough people listen to, and take to heart, the wisdom of Ann Druyan and Carl Sagan. The episode that premiered that night on the campus of UCLA concluded with a speech by the late Carl Sagan himself.  He spoke of all that we could be and how easily we could all get there if we just focus on the things that matter. It is that philosophy and wisdom that helps make a 1 billion year journey into the future seem so close to home.

So, tonight, be once again inspired to think a little deeper about our world, the universe, and our place in it.  Let yourself be guided to a higher plane of human thinking, and let it move us all closer to our greatest potential.