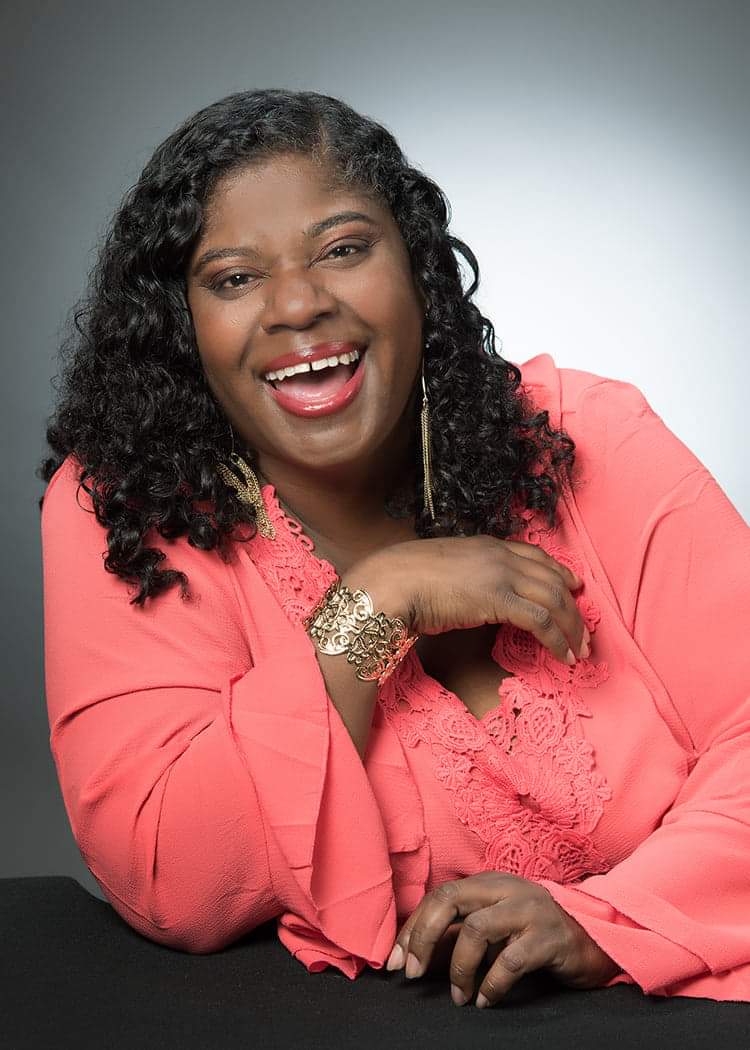 Los Angeles, CA (The Hollywood Times) 02/10/2020 – Cosette “CoCo” Leary is an Author and Motivational Speaker. “My vision for the world, “our world” is more acceptance of one another and more tolerance of our backgrounds. I want people to own their life stories, their visions, and to know that they matter beyond inherited circumstances. I envision a world where respect and access are fully granted despite former social class norms. I imagine that all forms of stigmas and poverty be it lack of financial resources, positive self-esteem, not knowing one’s self-worth, or having a trapped mindset become things of the past and we take up the vocation of seeing is believing and that we build up one another by truly seeing and believing in each other.”- Cosette “CoCo” Leary

I was born into a life of chaos rooted in generational poverty. Early on in my life, my biological father was my biggest hero. He would share his magical world of imagination with me and tell me that I was so smart and beautiful and that I could be and do anything that I wanted he was my knight in shining armor, however, there where facets to my life that even the softest of childhood lullabies could not shield me from. Those experiences would both rob and haunt me for many years yet ultimately, they would create the amazing woman that I am today. My upbringing was a thunderstorm of existing within a fractured family unit my mother and biological father divorced when I was around the age of 7 within those tender childhood years before their divorce, I had witnessed my father succumb to alcoholism, I often had run to my bedroom to get away from the screaming and yelling and physical altercations between my father and mother fear factor set in at an early age. When my parents divorced, I felt both a sense of relief and heartbreak the screaming and fighting would stop, but my daddy would be gone as well. Events that would follow in my life would later make my days within my mother and father’s love-hate marriage seem like a walk in the park with a picnic basket in

Tow. Not long after the divorce my mother remarried, became a Jehovah’s Witness, and began beating me with the bible as her authorization to do so. Her then-husband began to join in on the beatings and my identity, my will to fight back, and any magic in my life had now been completely taken away and I feared on a daily bases that the two of them would surely kill me. My biological father died when I was 12 years old and that was my breaking point. With him now gone, I understood that I was my only chance of rescue so late one night after a horrible beating, I jumped out my bedroom window and ran for my life into a world and society that I knew very little about two years later I was pregnant with my first child at the age of 14.

You are well-known as a jubilant Motivational Speaker. What is it about being in front of an audience that moves your soul?

Oh, I love this question! My soul is moved by the instant connection between myself and the audience. I have a deep-rooted belief that we as humans are so much more alike than different that each time I take the stage, I feel as if I am with my collective family and we can share each other’s truths. I am wide open on the stage and baby what you see is what you get! When me and my (audience family) make that point of connecting from their first shout, groan, or scream out loud moment we are one in that room and life is a big party! I love the power of assembly it is like time stops and my audience and I are the whole world! I love the feedback of, “Cosette you really touched my heart you were up there telling my story!” Words such as these work to remind me this is “OUR” story!

What is your vision for the world?

My vision for the world, “our world” is more acceptance of one another and more tolerance of our backgrounds. I want people to own their life stories, their visions, and to know that they matter beyond inherited circumstances. I envision a world where respect and access are fully granted despite former social class norms. I imagine that all forms of stigmas and poverty be it lack of financial resources, positive self-esteem, not knowing one’s self-worth, or having a trapped mindset become things of

the past and we take up the vocation of seeing is believing and that we build up one another by truly seeing and believing in each other.

How has your childhood of poverty and abuse led you to lead a successful life? What do you want people to know?

Living through childhood poverty and abuse designed a deeply compassionate heart within my soul. My success has come out of the bravery which both poverty and abuse compelled from me. I had a never say die perseverance with an overall tenacity to be the reason, most people refer to this as, knowing your why. From this stance, I began to seek out ways to break the crippling effects of poverty and abuse. One day, I was so curious about the word poverty that I looked it up in the dictionary and found this

definition, “Simply having a lack of.” What amazed me was that it didn’t strictly refer only to having very little money, and that within itself made me focus on the explanation that much more. I began to concentrate on the fact that so many people lack so many important things and live through some many challenges, yet often feel very similar

emotions from life experiences and that has been my secret to my success knowing that at the end of the day, we all are human. I want people to know that I own and respect my journey. I want people to know that I value their life experiences and their journey and that we all have the right to recognize our truth and be empowered by our life’s stories in a way that is not manufactured rather presented with an openness of what our raw truth can bring to the collective wisdom table in order to present room for more self-love and much less social division.

My first book is, “From Welfare to the White House How I Reclaimed Myself and How You Can Too.”

I self-published this book and it was an awakening for me. Poverty had always made me feel invisible, but it also had given me a rage to fight back and grab my life at any cost. I didn’t want to die on the inside because I didn’t know how to thrive on the outside. I also knew that my overall story was an echo of so many other impoverished individuals that finding away to tell what it was like to be poor in America while having hopes and dreams was an absolute necessity hope was desperately needed in the form of relatability I could provide that in the written word this for me was empowering!

This book became me on paper, and it also became my acknowledgment of the fact that dreams can come true. Once I became a published Author people began to respect me more and that felt so good. Through becoming an Author, I found an active motion within myself to now speak my whole truth and just as I thought, this truth echoed the heartstrings of so many people surprisingly even middle-class Americans! Becoming an Author has given my heart wings to fly.

What is a misnomer of poverty?

For me, the notion of pulling yourself up by your bootstraps or if you work hard enough you can bring yourself out of poverty is a poor description of how someone can get themselves out of poverty. Many people have said to me, “Well CoCo (my nick name) you did it you show that it can be done!” I am a complete believer that no one goes it alone. No matter how much hard work a person can put into getting out of poverty, without the right support systems such as dedicated mentors, some form of higher education be it traditional or entrepreneurial, and what I call borrowed confidence the chances of breaking the cycle are very slim if not impossible. I have been blessed with some great mentors in my life and I work hard (pun intended) to be a dedicated mentor and example to my children and others from my background.

I am working on my autobiography titled, Laugh Out Loud Healing the Woman Within. I have several live women’s events planned for both the years 2020 and 2021 one of which is an international collaboration. I am bringing out first-time women speakers who all have triumphant life stories of their own some of these women come from direct financial poverty such as myself. I will continue to mentor low-income women through my intense leadership training program, and I will continue exploring the gems held within lifelong learning gaining broader perspectives and celebrating this gift called life!