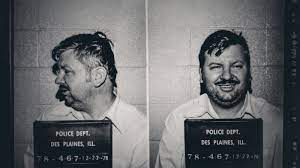 “The Crawlspace of Evil, and The Devil That Brought Them Down.” 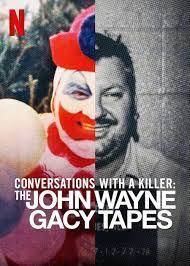 Los Angeles, CA (The Hollywood Times) 4/13/22 – A RadicalMedia Production, & in association with Third Eye Motion Picture Company and Mike Mathis Productions, comes what could be evil’s testament to humanity. An unsettling three-part Documentary by director Joe Berlinger (Conversations with a Killer: The Ted Bundy Tapes)

We’ve all seen a face across the aisle at our neighborhood market. A face that greets us at every fast food parlor. A face on a ladder, building a new house as we pass by. A casually familiar face at a barbeque. Or even, cringe at a Party Clown dancing with children across the street. 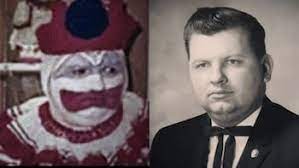 We’ve all been there. We go wherever we call home when we’re done at the market. We tell the clerk at the fast food joint to have a nice day & then we head back to the house. We say sorry for bumping into that random person as we leave a party & call it a night. 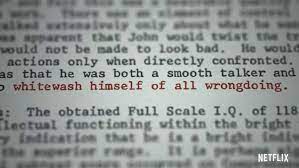 But, we made it home okay. Didn’t we.

There was a cluster of challenging emotions pumping out of every minute in this documentary. Nearly to the point where I had to rewind a minute or so every other half hour increment, because it all just creeps up on you. Not just what you are seeing, or what you are hearing, but what you are feeling.

Part 1 began with the shock. Like you’re watching a warhead slowly fall from the bright blue sky up above. You can barely see it, but you know what to expect from it. Yet, at the same time you don’t, in an odd & deceiving sense. As the first segment of this documentary was progressing, you really start to put it together that you may have misjudged what you’re really in for. By the time that warhead silently falls through those calm white clouds, your neck adjusts to its normal angle as you’re following it with your eyes, making its way down in the distance. Then, you really start to feel it. 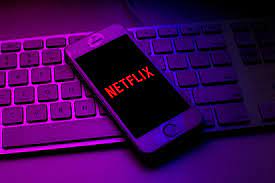 Part 2. Everything just blows up. Right in front of you. Things are the most out of control you have ever seen. That now bright light of destruction casts a mile long shadow behind you, And when that soundwave follows… Your lips are clenched up, your blood turns to a boil, and you feel this fire burn inside you. I honestly do not think a documentary has affected me with such intensity prior to this viewing. Even as it was happening, I was thinking back to The Ted Bundy Tapes, and realized a common theme. A wicked one, for a matter of fact. That Evil is unbiased, unconditional. A contortionist.

From the evil that had guided this instrumental of terror throughout Illinois, to the brutality of innocence, and societies inanemate contribution by method of sexual discrimination? When the stars align for the devil, they don’t really align at all. They all just burst into flames, and those fires burn black holes in the f*cking sky. At that point, evil was always on screen. Even when Gacy isn’t front and center. 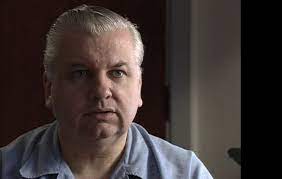 By part 3, all that Power & rage, manipulation, abuse, & fear, turned into pain. Breaking the construct of my being to where I felt like I was just violently gasping for air. Like I was decaying in total darkness under a house with a smell as fatal as radiation. Trying to gather the last of my bones, the ones that haven’t been stolen by the pit of mud that I’m slaughtered in. Screaming in darkness, from under the floorboards with 27 other lost young men, crying along with me. Crying. Screaming to be found.

Not only do you see the trauma as it has spread through the communities and families, you see how trauma evokes trauma. Just as how fires start fires, smoke will always follow. You see from the realest glance possible, from the realest source imaginable, how negativity can manifest within everything it touches. Like a plague. 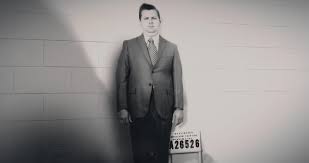 And when I gathered that, by the time the credits ended, when i was back in my body, I realized.

With the action of releasing documentation of unfathomable events in history comes sometimes a brutal topic of debate. “Oh this is glorifying the events” and the counter-argument of “This is just informational”.

Frankly, It is either of those. It is purposeful. In the most brutal way possible, It is an educational source of media that’s objective is to not make you live in fear, but to make you aware. When was the last time you realized in a maybe harmless situation that you should have been a lot less careless? When you weren’t being as aware as you normally should be because you may have just felt comfortable? 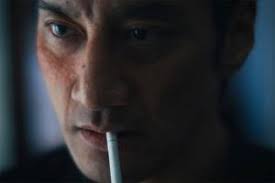 It grounds the awareness of the effects of abuse, the effects of discrimination, the effects of a lack of awareness, and an outlook on a society when it’s just as blind and belligerant. If the protocols of Covid-19 have taught us anything, it’s cemented the value of watching out for ourselves and others. Being aware, being vigilant, being strong, but not letting it dictate our lives to the fullest. To stand up.

Serial killer John Wayne Gacy had murdered 33 young men between 1972 and 1976. Fifty years later, DNA scientists are still trying to identify all of his victims. As 60 hours of unheard audio from Gacy’s eighteen months of incarceration was unearthed, you have access to an intimate perspective on the ill-boding mindset within the by-product of evil, as well as a deeper understanding of the contorted psychology of a devil. 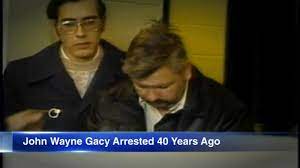 This is a raw, emotional, & purposeful documentary that should not be overlooked, nor taken for granted. For it had cost lives, and a generation haunted by pain and trauma to bring us this.

In Loving Memory of all that were knowingly lost to the evil of John Wayne Gacy: