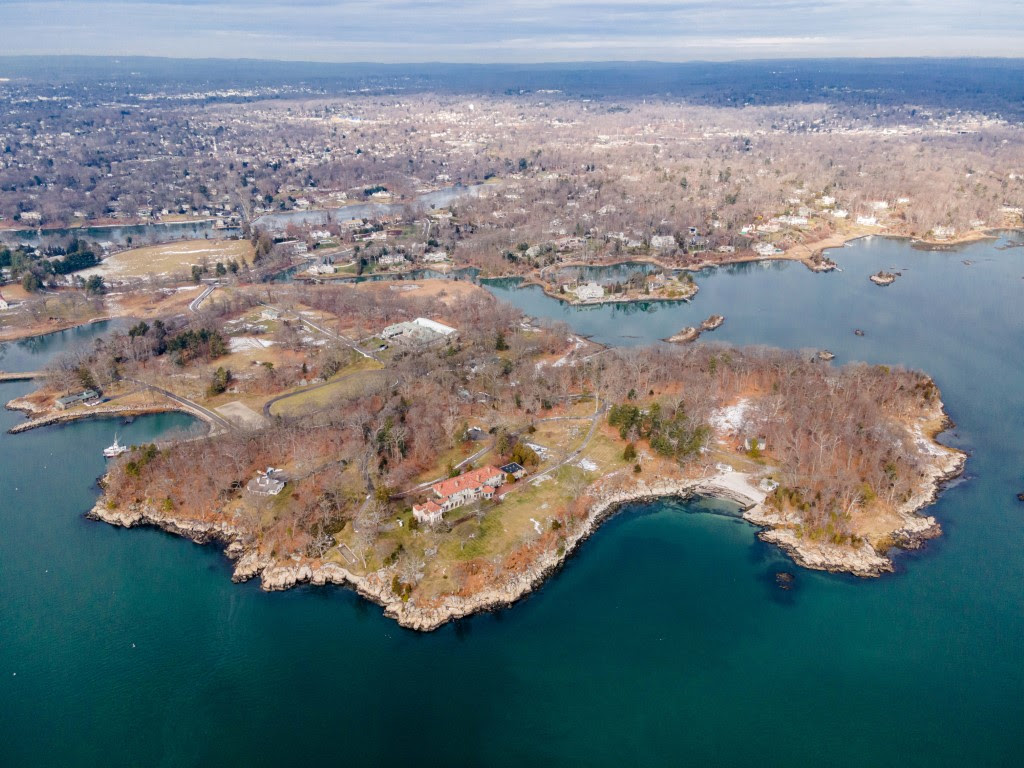 Located in Darien, Connecticut on an island on Long Island Sound, 60-acre Great Island is the largest private island ever to be offered for sale on the East Coast. Built in 1902 and then purchased in the early 1900s by baking powder entrepreneur William Ziegler, the compound has remained in the Ziegler family since William bought it. It has just hit the market at $100 million.