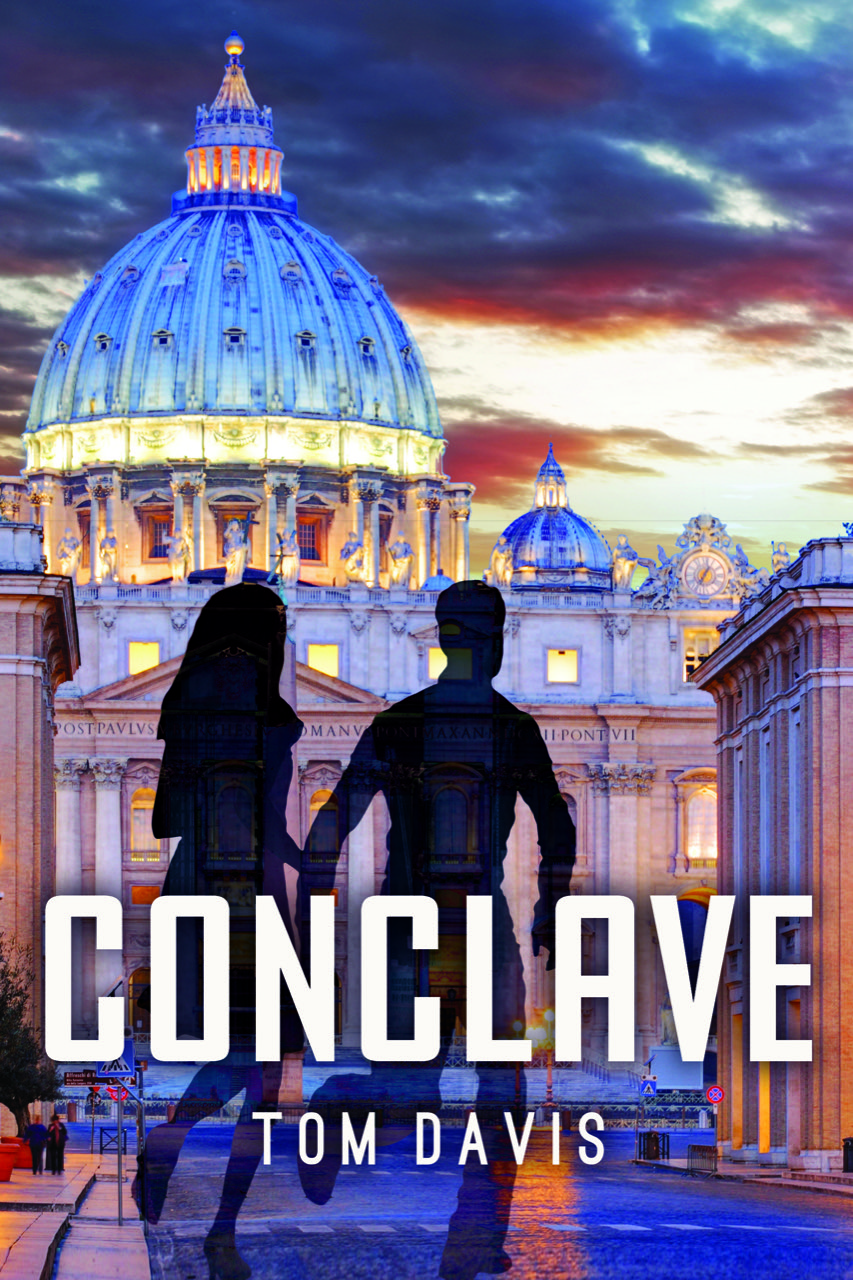 Tell us how theology and Politics Collide in your Reality-Inspired Cold War Thriller,  Conclave.

The book is available through Amazon or can be accessed through my website:

tomdavisauthor.com. The web site is set up like “bonus features” on a DVD and offers some additional insights into the historical characters, the venues in the book, and the inspiration for the story. As for the collision of theology and politics, what one had back in 1978 was a heightened sense of rivalry between the United States and the Soviet Union, each looking for a way to gain any degree of advantage over the other. The Catholic Church, meanwhile, was struggling with internal issues of its own regarding birth control, the ordination of women, and the management of the Vatican Bank – many of the same issues it has today. At a time when Moscow’s control over Eastern Europe was weakening, especially in Poland, suddenly one has the first non-Italian Pope in nearly 500 years — and he’s Polish! So, the October 1978 conclave provided an interesting twist on the international stage and one that worked to the US’s favor.

What intrigues you the most about this time in history?

Looking back at this period, the international system was on overload. The US and the Soviet Union were trying to forge a new nuclear arms control treaty; the United States and China decided to establish normal diplomatic relations; President Carter was able to craft a peace agreement between Egypt and Israel; the Shah of Iran was about to collapse and take with him a pillar of American influence in the Middle East; we had the second oil shock creating long gas lines at US gas stations; and at the end of 1979, the Soviets invaded Afghanistan – a disaster for them that I wish we had learned from. And in the middle of all this, after fifteen years as pontiff, Pope Paul VI dies and is replaced by another Italian – Cardinal Albino Luciani of Venice, who then unexpectedly dies 33 days later. Papal conclaves are rare: there were six in the twentieth century overall and by 1978 only two since World War II. Now we suddenly find ourselves having two within six weeks. And the result of the second is the first non-Italian pope in 478 years. It was a very exciting and interesting period. 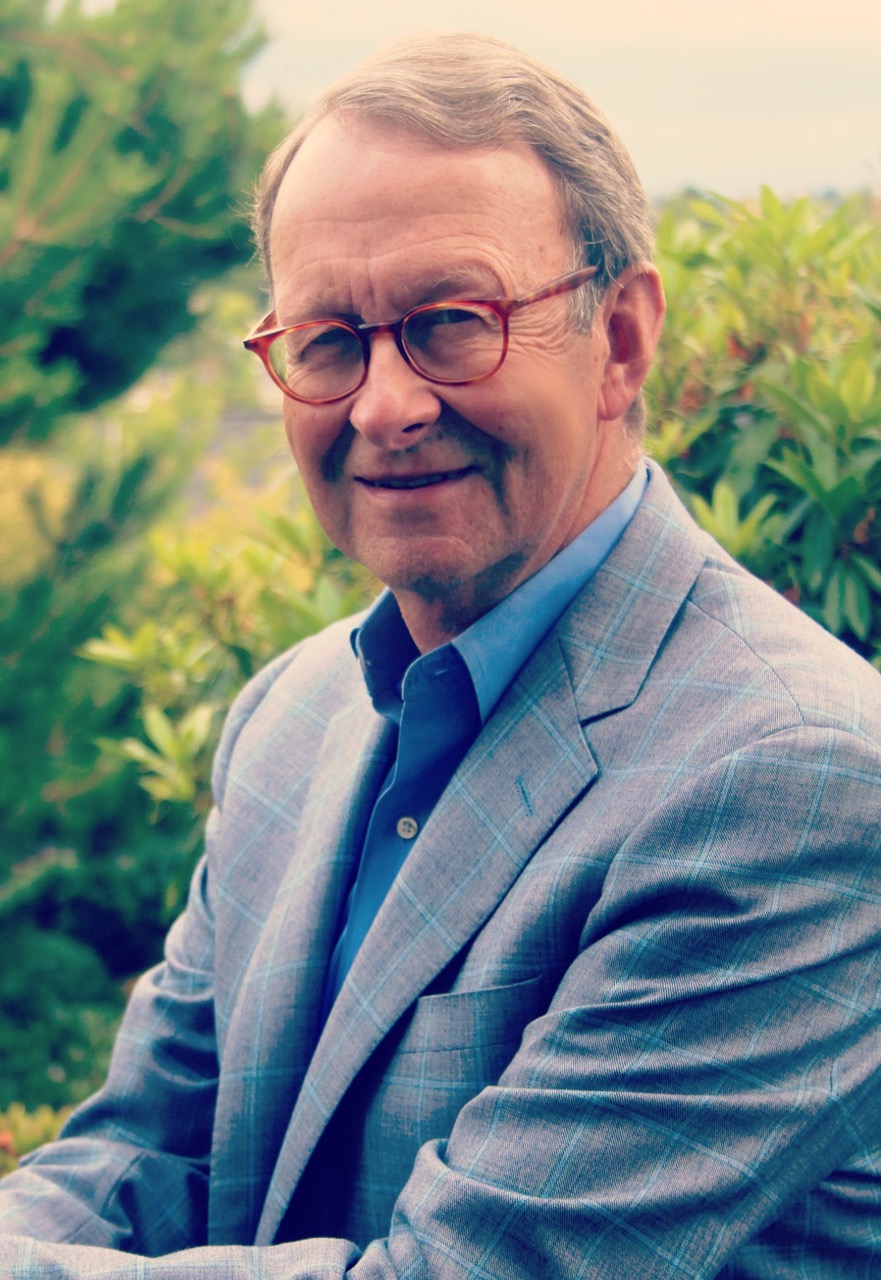 How have you used your imagination to retell the turning point in the cold war?

When I was a young Army captain on loan to the State Department, one of Secretary Haig’s close aides suggested to me that the election of Pope John Paul II had been, “orchestrated by Zbigniew Brzezinski. It was a Polish thing.” Brzezinski, of course, was President Carter’s National Security Advisor and a noted authority on international relations – and a first-generation Polish immigrant. I have no idea why Haig’s aide told me that, or if he even believed it himself. But I always thought it could be an interesting story given what was happening back during the period. In addition, papal elections – conclaves – are themselves fascinating. I once taught Government at West Point, and one of the elements of the course compared political systems, which was mainly a comparison of western democracy versus Soviet  authoritarianism. Papal elections are interesting in that they occur in the western culture, but the process itself is highly structured, prescribed, and fully opaque – sort of a combination of east and west. But if one wanted to influence a papal election, which had happened in the past involving European governments, in the era of the Cold War how would one do it? Why would one want to take the risk of trying? So, I had to do considerable research on the process of a conclave, and then use my imagination to create the why and how.

Your book has captured the attention of an independent film company.

While on the West Point faculty in the early 1980s, a close colleague of mine was Major John Rose. John would go on to become a Brigadier General in the Army. But after retiring he was diagnosed with pancreatic cancer, which has a survival rate of about 5%. But John is a strong-willed man, and he is one of the 5%. After he had recovered, as a gift a gave him a copy of Conclave. While he was reading it, his daughter Christina noticed it and picked it up off the coffee table. Christina runs her own media production company, Mirror Water Entertainment. She very much liked the story and the characters. She contacted me and encouraged me to convert it to a screenplay. With her help, we’ve done that and are now shopping it as a mini-series, which would be most exciting.

I think two things. First, having an undergraduate degree from West Point and a graduate degree from Harvard, I’ve been educated at polar opposite educational institutions. The fact that I love them both suggests that I’m either incredibly flexible and adaptable or fully schizophrenic. Second, I spent most of my first two decades of life in the Middle East. My father worked for Esso – now Exxon Mobil – so my early years were in Saudi Arabia and my teen years in Libya. No doubt that shaped my international interest.

Readers of Conclave have enjoyed the story and I’m frequently asked where Carter and Katherine, the two fictional protagonists, are going next. So, after some degree of pondering, and dipping once again into the imagination, I’ve written a sequel to be published soon called Empty Quiver. It brings Carter and Katherine forward about five years from Conclave, further develops their relationship, and places them in the political turmoil in Europe associated with the American and Soviet nuclear missile deployments of the early 1980s. Of course, given my own Middle Eastern history, I couldn’t resist giving them a little side trip there. And while I was on the West Point faculty, one of the cadets I taught was Rod Lurie.

If he’s listening…give me a call.