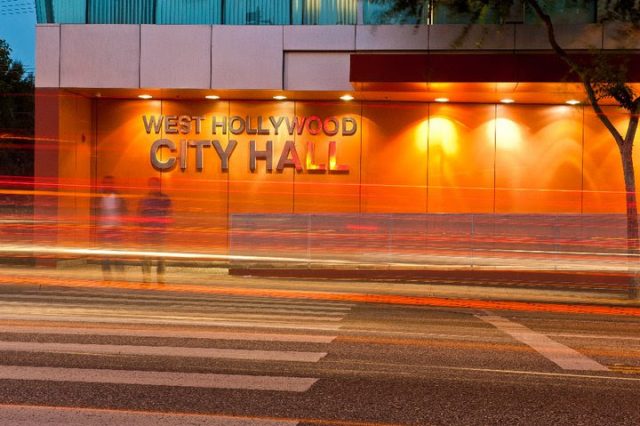 West Hollywood, CA 9/3/21 – When I was sworn into office on May 18, 2020, I knew West Hollywood was facing unprecedented challenges, but I never could have predicted the turmoil of the past year and a half. Our community was reeling from the first devastating wave of COVID-19 infections — our businesses were shuttered, people out of work, and our hospitals overwhelmed — when the video of George Floyd’s murder shook our nation to its core. 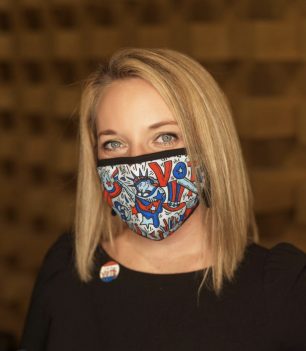 We immediately dove into intense conversations about law enforcement, community safety, and systemic racism. West Hollywood navigated a summer of protest; second, third, and, now, fourth waves of this awful pandemic; and a generational change in leadership with the departures of longtime Councilmembers as well as our City Attorney Mike Jenkins and our City Manager Paul Arevalo. In years past, any one of these events would have defined a term as Mayor. But we steered through it all by putting our faith in the West Hollywood community.

On Sunday, May 31 at 9 pm, I was on a call with city officials and local business leaders. It was the night before a major Black Lives Matter demonstration was set to make its way through the city, and members of our community were both eager to participate in the protest and concerned about the potential impacts, having witnessed the wreckage that happened in neighboring cities.

For me, the objectives were clear: to be present to the very justified outrage over systemic, deadly racial oppression; to create a safe space for protest; to prevent the use of force by law enforcement; to ensure swift response to any reports of violence or destruction. On top of everything, we had a City Council meeting with time-sensitive business at the same time as the demonstration. We needed to keep the city moving forward while recognizing the importance and context of the moment. It was a tall order.

The key was community. West Hollywood has a long history of activism and protest, and we do our best to honor the right to speak out while keeping people safe. Public safety teams coordinated with our sanitation contractor to use dumpsters to block streets to vehicle access, allowing more safe space for pedestrians to protest. Businesses worked together to put up art and signs welcoming the protest to our space, showing their support for the right to speak out against injustice.

The result was a largely peaceful demonstration that provided people space to express their outrage and demand change. And, we were able to get the work of our City Council meeting done to sustain, especially, our most vulnerable community members during a global health pandemic and economic recession. While we weren’t perfect, we stayed true to our City’s core values of respect and support for people and responsiveness to the public.

These powerful moments of the community kept me going during this mayoral term and shaped who I am becoming as a leader. I would be lying if I said that this was the easiest time to be a public servant. Each day presents a new challenge in being present to people’s pain and struggles as well as to my own heartbreak about the state of the world — all while keeping our City afloat and pushing for structural change.

I am proud of what we did to hold space to meet the moment, and I am committed to the work we will continue to do to embrace the fullness of the movement. I am proud of the ways we cut through red tape and opened more outdoor spaces for local businesses to operate safely and for people to get back to work. I am proud that we activated city workers to check in on the older adults, who were advised that they were safer at home and that we created a partnership with Project Angel Food to ensure that our at-risk populations didn’t go hungry. I am proud that we have taken steps to honor the dedication of frontline workers, who have carried us through this time of tragedy. I am proud that, in an increasingly divisive time, our community came together and stayed true to our core values.

Today, we face a new manifestation of an old fight. Reproductive health care access — in particular, abortion — is under attack. The Supreme Court allowed Texas to implement a new form of state-sanctioned discrimination and hate in SB8, which prohibits abortion after 6 weeks, without exception for rape or incest. The bill also provides for $10,000 bounties for any citizen reporting anyone seeking an abortion after 6 weeks, as well as anyone who aids someone seeking an abortion, including medical professionals, spouses, close friends, and rideshare drivers who drop someone off for a procedure.

This crusade has never been about protecting human life; they want to control women’s bodies and autonomy. We will stand strong in the face of this attack on human rights. As America’s first declared pro-choice City, West Hollywood will be, in partnership with service providers like Planned Parenthood Los Angeles and Cedars Sinai Medical Center, the safe space for Texans that they are denied at home.

Having now served the longest term as Mayor in West Hollywood history, during unimaginable hardship and challenges, I will be sad to step aside on September 20th. I also remain hopeful for our future and look forward to working together with our new Mayor, Mayor Pro Tempore, and Councilmembers to continue the transformational work that is happening in West Hollywood. I am especially excited to see what the next iteration of West Hollywood Pride will look like, and I cannot wait to welcome everyone back to our community for a long-overdue celebration.

It has been a privilege and an honor to serve my City as Mayor and to have led our community through this extraordinarily difficult time. I trust that we will emerge even stronger because of the lessons we learned during this challenging time. I will, forever, remain inspired by the ways our people came together at this moment, as we do every day, to provide support and care for each other. The beating heart of West Hollywood will always be our community.

Lindsey P. Horvath is an elected council member of the West Hollywood City council and mayor.

She has a long history of civic and social justice advocacy. She is widely known for her work advancing the rights of women and LGBTQ+ people, as well as creating age-friendly, sustainable communities.

TheHollywoodTimes.Today will be sponsoring a fundraiser at their Palm Springs office location Sept. 16th, 2021