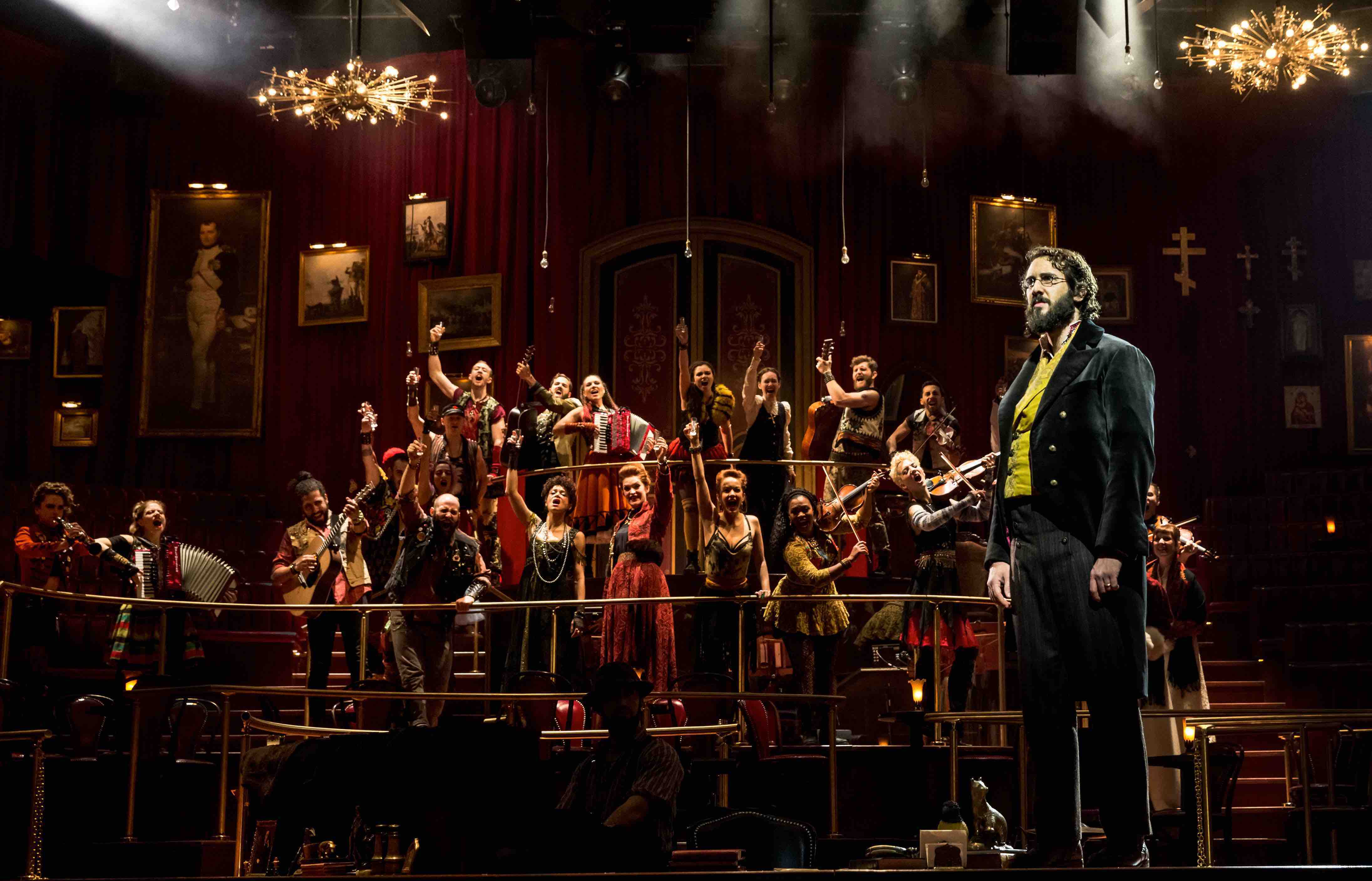 —by Dr. Laura Wilhelm, LauraWil Intercultural
West Hollywood, CA (The Hollywood Times) 6/12/17 – “Natasha, Pierre and the Great Comet of 1812” has come to Broadway fully adapted from the original Dave Malloy chamber opera with Denée Benton and Josh Groban in the starring roles.  Already it has garnered raves as the best and most innovative new musical to open on Broadway since “Hamilton.”
Based upon a 70-page slice of Leo Tolstoy’s epic 1869 novel “WAR AND PEACE”, “The Great Comet” shares with “Hamilton” a willingness to refract a historical period through a contemporary lens.  Malloy himself originally played the part of Pierre, but Groban is rumored to be ideal for the role in his Broadway debut.
“Everyone’s got nine different names” in this “complicated” Russian novel and much of “The Great Comet’s” eclectic score is inflected with Slavic folk melodies.  With a running time of 2 hours and 30 minutes, Pierre’s tragic despair and the meaning of life itself take center stage.
Since 2012, over 500 artists and theatre professionals have been a part of “The Great Comet’s” incredible journey to Broadway.  It has garnered 12 Tony Award nominations and is sure to continue pleasing crowds ready to be enchanted by Russian culture during these controversial times.
For more information, please visit http://greatcometbroadway.com/