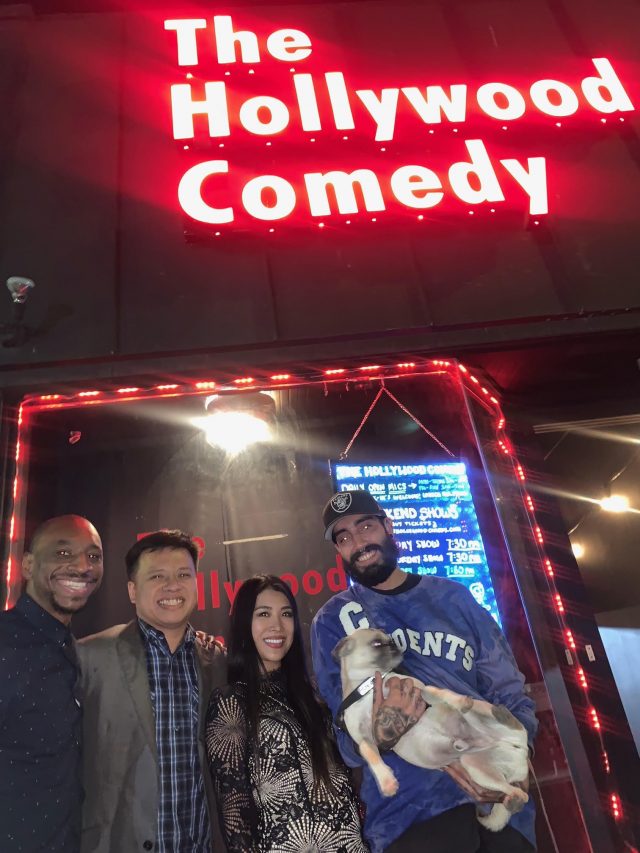 Los Angeles, CA (The Hollywood Times) 9/19/21 – While I enjoy a good comedy show, I am even more fascinated by the steps Asian Americans have made in this segment of the entertainment industry, like watching the meteoric rise of Filipino American comedian, Jo Koy.  Knowing the hard work and tenacity it took to get to his level, the people I additionally admire are the ones behind the scenes making a movement happen. Especially when it involves trailblazing a path that has never been charted before. 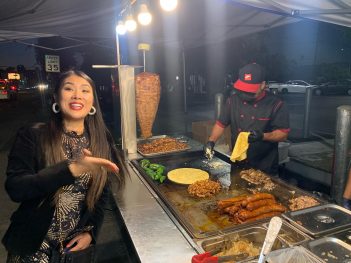 Jiaoying Summers is embodying this with her local work promoting a scene that has not yet existed, creating a multicultural team of comics building and nurturing their craft. The genuine care she has exhibited in her two comedy clubs, The Hollywood Comedy and The Pasadena Comedy, was apparent to me when I got a personal tour of both locations and met the key players.

Organic comes to mind. From the hosts and the most hardworking comics dedicated to the craft and helping others, rising to managerial positions in her operations team, Jiaoying has an intuition for the best people, and provides an outlet for those who are most passionate, rewarding hard work and meritocracy. Her passion and love for collaboration has created a guild of sorts, that sets itself apart from the average snobby club that tends to kick people out if they are 5 minutes late. 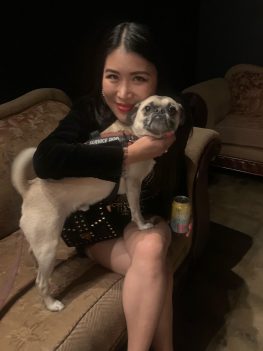 This nurturing attitude stands in stark contrast to the ugly side of Hollywood. There was one talent that most impressed me, a young Filipino comedian, Ray. I got to hear two sets from him. I walked in and heard his first set and noted some nervousness.  He actually didn’t expect an audience during a random weekday open mic session, but of course, I gave him a surprise along with my friend, Frank.  When he got comfortable, his second set came to life and was one of the best I heard that entire day.  I saw mentorship in action and how this positive environment was a true incubator for talent.

When I got to Hollywood, I got to chat with Jiaoying and her right hand, KC, who you can find @kcdoescomedy on Instagram. Speaking with both of them, another thing that set them apart was their true inclusiveness. They mentioned that one pro-Trump comedian was being shunned by many other comedy clubs and they took him in. Because true inclusion is accepting people of different beliefs, even if it doesn’t agree with your own, something that Hollywood is fast forgetting. Nice to see Jiaoying and her managers walking the walk about being truly inclusive. 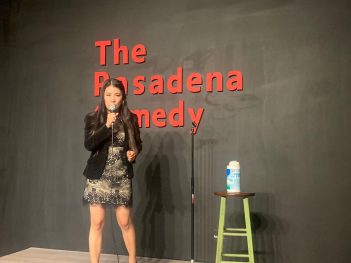 In a saturated market, especially in Los Angeles, fresh is important but consistency is even more, considering its rarity. Jiaoying has both. The consistency is embodied in her daily shows in both clubs, many nights featuring themes and similar comics. With strong management skills, Jiaoying has been able to inspire others to join her vision, as evidenced by the round-the-clock nature of her two venues and growing attendance.

Jiaoying is also focused on nurturing the individual talents and we can see the diversity even in her managers and strongest hosts. Jen is a nerdy white girl from corporate, KC in Hollywood is focused on 420 and her new Culver City manager will be Bileko Wissa, who is a Congo immigrant with two master’s degrees and shares the “I feel like a failure because I didn’t make medical school” sentiment, so familiar to a typical Asian. So we will make him an honorary Asian, or blasian. 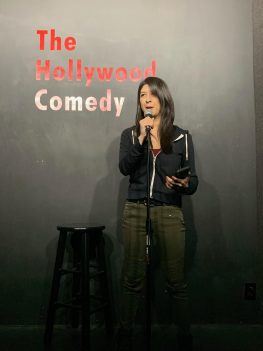 Jiaoying is also a woman of contrasts. She couldn’t stop raving about her favorite taco street truck just steps away from her Hollywood location, which she took me to. I chose a buche burrito, which was one of the best burritos I’ve ever had. She wasn’t kidding and she certainly delivers on her hype, which is rare for Hollywood.

I’m a big fan of entrepreneurship as I run my own nonprofit dedicated to people like Jiaoying: people who don’t wait for luck to happen, but people who make the magic happen. Couple that with her collaborative nature and amazing things have happened. She is looking at her next two comedy clubs: The Culver City Comedy and The Valley Comedy in Sherman Oaks. Stay tuned as her projects take her to the next level. Oh yes, and her Tik Tok with over a million followers.

I am all about local heroes doing great things, especially when it’s against the grain. Jiaoying, keep on keeping on. You’re an inspiration. Find Jiaoying on TikTok and Instagram at @jiaoyingsummers, where she currently has 1 million and 50k followers respectively, where the former Chinese beauty queen brings you on a journey to navigate the China-US culture shock, married and divorced life, motherhood, makeup and dieting.