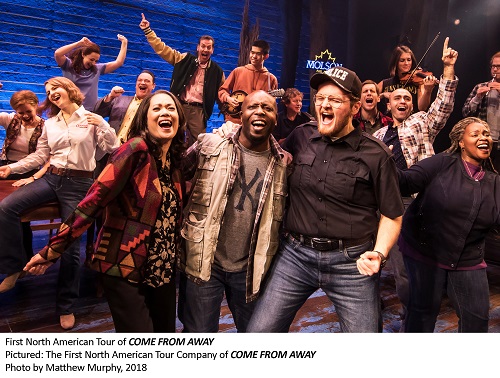 At the Segerstrom Center for the Arts, Come From Away: The Remarkable True Story shows how theatre can bring the meaning back to a transcendent moment of humanity after current events fade into history.

After the COVID-19 pandemic, the extremity of the 9/11 attacks feels almost like distant history today. However, the impact of the terrorist attacks on the World Trade Center and the Pentagon continues to define our reality. How are we supposed to remember those long, challenging days when so much has happened since?

In its most exemplary manifestation, theatre can bring the past back to life, giving meaning to what was once critical, but is now becoming lost in the tides of history. In the musical Come From Away, lyrical creators Irene Sankoff and David Hein endow theatre with this transformative power. By telling a story that is truly meaningful yet easily forgotten in the modern storm of data, news, and information, they achieve a cultural restoration that will prove lasting and significant.

The play tells a fascinating story that helps restore a little faith in humanity. Following the September 11 attacks in 2001, North America’s airspace was closed by the United States Federal Aviation Administration (FAA). In the face of this necessity, Gander International Airport in Newfoundland had no choice but to accept an integral role in world aviation. As part of Operation Yellow Ribbon, 38 civilian and four military flights bound for the United States were ordered to land at the airport. Suddenly, more than 6,600 passengers and airline crew members had no choice but to stay in the Gander area for up to six days until American airspace was reopened. Incredibly, the number of people stranded was equivalent to 66 percent of the local population of the small town at the time. 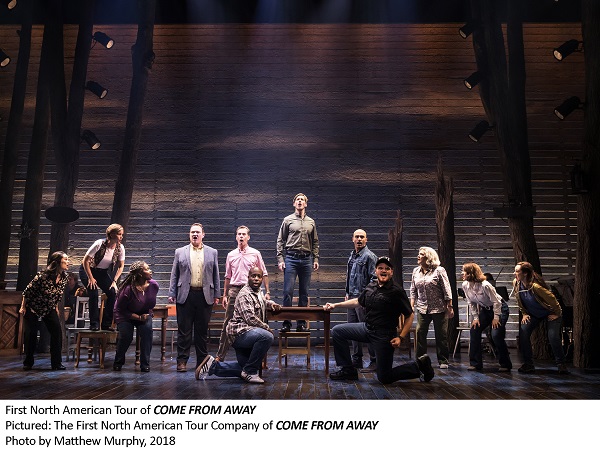 The musical is not to be missed as expertly directed by Christopher Ashley and performed by a flawless ensemble cast. The performance is a night out that proves both fun and enriching, a dynamite combination. From the beginning to the end, the running time of two hours without an intermission moves with precision and grace. There is no doubt that the entire production team of performers, creators, and crew dedicated body and soul to making this happen. Watching such a level of excellence in transitions and movement, you cannot deny the work that has been done. Indeed, only sweat and focus can foster such effortlessness of execution.

Together, without a single actor lagging, the cast expands the boundaries of ensemble excellence. There is not a single weak performance in the entire ensemble. Every actor gives their all with enthusiasm, flair, and talent. Overall, to experience such dedication firsthand, to behold an output of physical energy that ventures on the Olympian, is intoxicating and refreshing. It almost gives you hope in the same way the hospitality, patience, and love of the people of Gander gave the world hope back in those dark days.

Congratulations to them all for a job exceptionally well-done!