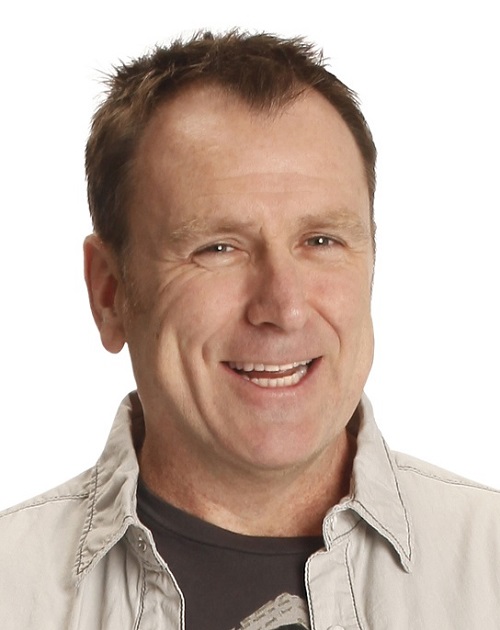 As it happens, the Masonic Hall at the Hollywood Forever cemetery is a great venue for a comedy show. The 150-seat main room is large and airy, with a high vaulted ceiling and good acoustics. There are patios and a roomy lobby for drinking and chatting, generous free (imagine!) parking, and a handy solution if you die onstage.

This was the first of a two-night run for New York-based comedian Colin Quinn, best known for his one-man off-Broadway shows (New York Story, Long Story Short) and his political humor specials on CNN (Red State Blue State, Overstated.) But Quinn has been working comedy steadily since he was the sidekick on MTV’s 1987 game show, Remote Control. He hosted Weekend Update on Saturday Night Live, and had his own talk show on Comedy Central. You know Colin Quinn, whether you know it or not.

Full disclosure: I real-life know Colin Quinn, and like him. I’m one of many who thinks he should be bigger than he is. He’s a “comedian’s comedian,” which doesn’t always translate into huge crowds. But watching him work, I get a sense of why he wasn’t headlining the Greek for the Netflix is a Joke festival instead of, say, Bert Kreischer. Quinn’s aw-shucks “barstool philosopher” (as the New York Times calls him) persona is spectacularly self-effacing. His delivery if full of “um,” “ah,” “like,” and “you know.” He dresses like he’s running out to grab the paper. But mostly, it’s because he’s just smarter than the average bear.

Quinn is at his best when he makes jokes about socioeconomics and world history.  Think Eddie Izzard with a Queens accent. His joke-writing shines when he updates couplets from Romeo and Juliet adapted to Twitter, or when he compares the Ancient World to your high school (Rome is a jock, Greece is a nerd, and the Middle East never forgot what you did to him in the second grade.)

Like Dave Chappelle or Bill Burr, Quinn tiptoes right up to comedy third rails by pointing out the absurdities of what he dubs “the golden age of snitches.” His bit about an HR department trying to navigate “Take down the titty calendar, you retard” is right up there with Chappelle’s “What could I possibly be saying that would make these bitches think I hate women.”

The 75-minute set covered everything from Covid to computers to the Catholic Church to the conflagration at the end of the world: “The apocalypse is on Putin’s bucket list – and he’s 70,” shudders Quinn. “And Biden can’t enter the nuclear code because he forgot the password.”

The well-chosen opening act was a recent Haitian immigrant who goes by TJ because his given name is “too ethnic,” he says: it’s Thomas Jefferson. TJ also leans into political science and history, and a delightful digression into botany with a joke about George Washington Carver (“the Neil deGrasse Tyson of peanuts”) I wouldn’t dream of spoiling here. 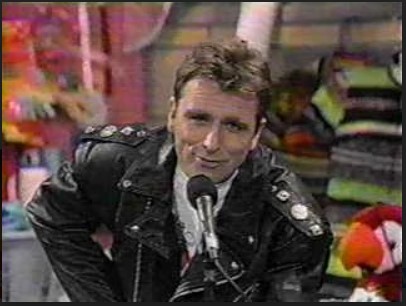 Netflix is a Joke continues through May 8.

Women of Country Music Come to the Grammy Museum in New Exhibit “The Power of Women in Country Music” Starts Friday, May 27