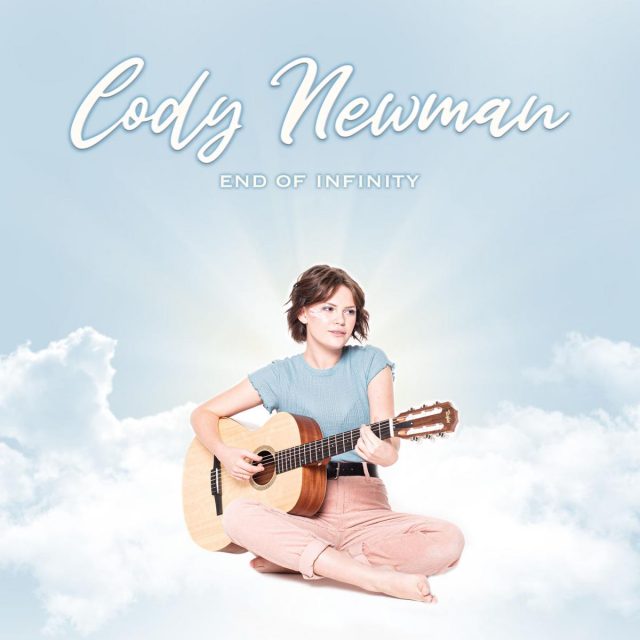 Hollywood, California (The Hollywood Times) 10/01/2019 “I have three on the album and we are in the middle of producing another single. I would love to in the future, release a full album with like 12 songs on it, but I don’t have enough content to do that right now. I would have to start writing more music.” Cody Newman told The Hollywood Times during a phone interview today.

Our interview is a few paragraphs down.

You can listen to the whole EP  on Spotify, Apple Music and other streaming services.

Cody Newman, a 14-year old pop artist has released her first EP titled “End Of Infinity.” Cody, who is from Charleston, SC, has already gained the attention of industry executives with her original records which she penned. Besides writing and performing, she also plays five instruments which is no small feat for someone so young.

Cody’s publicist, Jeff Gulko told The Hollywood Times that Cody made her first radio station visit and her first song is currently playing out there. She is off to a great start he said.

The number one track on the album is “End of Infinity” and I have to say, I was really impressed by these words written and sung by this talented 14-year old young woman.  She has started her life long career as a talented songwriter and beautiful singer.  Her voice will capture you soul and bring you peace.

Buy the EP for your teenager today and know that they will be listening to beautiful and soulful music.

Her debut EP has only been out for 48 hours, however 14-year old Cody Newman has already gained the attention of label and radio executives as well as the media with her EP which she penned herself and co-produced. And if that isn’t impressive for someone of such a young age she also plays five instruments.

Include here is a review she received from one of the harshest critics out there in which she received an A rating. You can read it HERE

Last Friday she visited her first radio station and the staff were floored with her performance. You can read about it on AllAccess.

She has embarked on her inaugural media tour and we would love to schedule an interview with you so that you can speak with what’s been called the “insanely talended” “badass” with the “voice of gold” for such a young age”.

The Hollywood Times (THT): When did you first find your beautiful voice?

THT: Where does your passion come from?

Cody Newman: “My Mom made me take guitar lessons. My Mom has always been there for me for all of this stuff, but I really try to push myself as much as I can.”

THT: Are you currently going to high school?

Cody Newman: “Yes. I am a freshman at the School of the Arts”

THT: Do you have close friends that support you.

Cody Newman: This is my second year at that school and I have made some friends and still have my friends from eight grade as well. They have been really supportive with me and it’s fun being with outside of school and they are all artistic as well, so sometimes we collaborate with different types of projects.

THT: Tell me about the new song.

Cody Newman: “I wrote all of the songs on the album and wrote all of the melodies too. I went into production with it and I was pretty much leading the production of it. My producer Brian Jarvis, at Anchor + Pine Studio in Charleston really helps me too.”

(Jarvis is a singer and guitar player in local band Midnight City.)

THT: What are your inspirations for writing songs like this at 14 years old?

Cody Newman: “I have a lot of musical inspirations, like Meghan Trainor and Coldplay, Fall Out Boy and other pop artists like that. Also a lot of 50s Indian accent. I really just like telling stories with my music.”

THT: What do you think about the show Songland?

Cody Newman: “That show is really great for building up new songwriters to write hits that we will hear on the radio and like you said hearing things that change our lives.”

THT: Do you listen to music every day?

Cody Newman: “I would love to talk about the songs on it. “End of Infinity” it was from a Fall Out Boy song and it was from one of the lyrics, “I’m here at the beginning of the end, the end of infinity with you.” I was in the car at the time, hmm, end of infinity, that is a cool concept. So the entire album was based off a lot of space accents and the end of infinity, that cosmic vibe. It shows a lot in Comet too when I am relating the person that I am singing about to Comet. I really like using a lot fantasy tones and accents in my music. The third song, “Summerdown,” is all about that romance cliché of driving down a long dirt road with the windows rolled down and the stereo blasting your favorite song.”

“Right now I am about to embark on a radio tour to promote the new EP. Many of these stations will have me perform at their listener events. I’m just very excited to share my music with everyone and hope that people can relate to it and enjoy it.”